We try our best here at the Bwana Blog to keep our focus onto our subject, Disney’s Animal Kingdom, as often as possible.  But things happen.  Walt Disney World is a big place and we don’t pretend to spend our entire vacation at this one park.  So when things happen in other places at WDW that stir up a ruckus, it is hard for us to keep quiet. 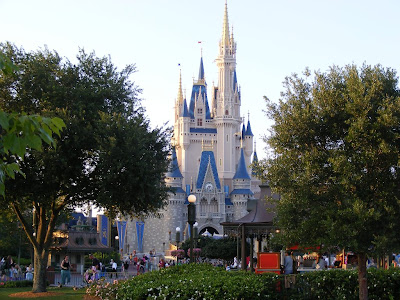 And one such thing happened yesterday, when Disney announced that (insert phony gasp here) they would be selling alcoholic beverages at the new Be Our Guest Restaurant opening this November in the new Fantasyland at the Magic Kingdom.  When the announcement came, I showed it to my wife and said “hold on for the greatest Twitter and Discussion Board blow up you have ever seen!”.  And boy, was I correct!

Let me first say that I am something of an amateur Walt Disney historian myself, so I am well aware of the history surrounding Disneyland and its “dry” policy, or I should say “mostly dry” policy.  And let me also say that after reading, listening to, and watching volume upon volume about Mr. Disney I have absolutely no clue what he would have thought of this particular decision, and neither for that matter does anyone else commenting on this subject.  Walt’s original limited-alcohol decision is half a century old and was based on a park thousands of miles away from Central Florida.  I don’t know what he would have thought, and quite frankly neither do you.

Something inside of me says he probably would have amended this policy years ago.  What Walt did not want in his park was what happens at many a festival and amusement park elsewhere, public drunkenness and basic rowdy behavior caused by easy access to cheap alcohol.  Selling beer and wine at a sit-down restaurant in the park does nothing to cause that.  This is not a nightclub they are building at the Magic Kingdom.  Their won’t be jelly shots served in teacups by the tray load, or 19 year olds passing fake id’s to a bouncer dressed as Gaston.

And there is absolutely no evidence to suggest that this is the beginning of some slippery slope towards beer carts along Main Street USA.  (But a friend of mine had the great idea of serving Samuel Adams at the Liberty Tree Tavern, but more on that later!)  Let’s face it folks, right now anyone can hop on a monorail, head to a resort bar and drink themselves into an absolute stupor before heading back to the Magic Kingdom.  We have ALL seen this, and I promise Be Our Guest is not going to create any measurable increase in these folks at the Magic Kingdom.

And let us pivot back to Walt for a second, shall we?  In 1967 Disneyland opened another of Walt’s pet projects.  It is called Club 33 and, for those who don’t know, it is a private members-only lounge, and yes there are lots of overpriced adult beverages being happily consumed only steps from the unwitting masses.  And though I have never been in Club 33, I am fairly certain the drink menu is not limited to only beer and wine, like it is at Be Our Guest.  And I have yet to hear people complaining over the dozens of drunks stumbling out of the Club. So when we say Disneyland operates under some kind of dyed-in-the-wool “dry” policy, can we now properly change that to a “mostly dry unless you are willing to shell out thousands more” policy?

Walt was famously a drinker and a heavy smoker, so do not think for a second that this policy was at all based on some sort of moral objection towards liquor.  It was a policy used to insure that families would feel welcome, and come back often.  And as far as I can tell, adding beer and wine to the menu of one restaurant, a restaurant where we can be certain that each guest will be herded in and out as quickly as possible to make room for more wallets in those seats, will not make any measurable difference upon those same families who love the Magic Kingdom.

Now, back to that idea of serving Samuel Adams at the Liberty Tree Tavern...(Oh, and let me not forget to thank Tony, the all-knowing master of the fantastic “Friends of the Rose and Crown” Facebook group for this. Leave it to a fellow R and C junkie to come up with that grand idea!)

Posted by JamboEveryone at 10:07 AM