It’s Christmas Time in the Jungle:  It is Christmas, and nothing can beat Christmas at Walt Disney World, and the Animal Kingdom is ready! Extended hours to handle the huge crowds means the park will be open until 9pm for the entire Christmas Week.  Also, there will also be Morning Extra Magic Hours on Christmas Day and every morning from Dec 28 through January 1, which means the park opens to resort guests at 7am. 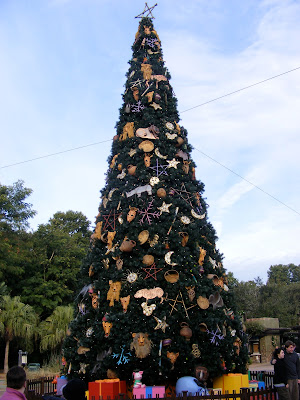 Let me say this, I understand many people coming to Disney World for Christmas come specifically to clamor to get in to the Magic Kingdom for Christmas morning.  But if you are not one of those, the Animal Kingdom is a terrific option.  The park is open early, and while everyone else crams in to the Magic Kingdom and Epcot you will likely not see those same huge crowds at the Animal Kingdom. 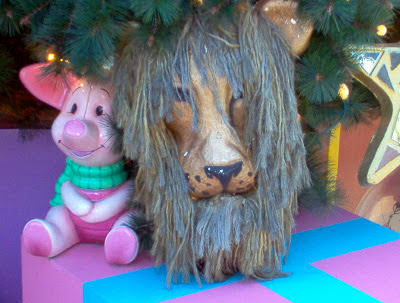 Also, holiday decorations are up and Mickey’s Jingle Jungle Parade is in full swing.  Check out the parade every day at 3:45pm.  It’s terrific and fun holiday parade.

Park Hours: Since this is such a busy time, with lots of changes in the schedule, we have extended our Park Hours calendar to include the entire Christmas week straight through the end of 2012.  Here are the park hours...

Attraction Closures:
No Closures at this time

Have A Wild Time this week!!  And Merry Christmas!!

Posted by JamboEveryone at 1:00 PM