Quite some time ago, the shop known as the Beastly Bazaar closed at Discovery Island. It was announced at the time of the closing that the space was being converted into a new Meet-n-Greet area. It was generally assumed that this was paving the way for Disney to close down Camp Minnie Mickey to make room for Pandora or Avatarland or whatever they decide to call it. 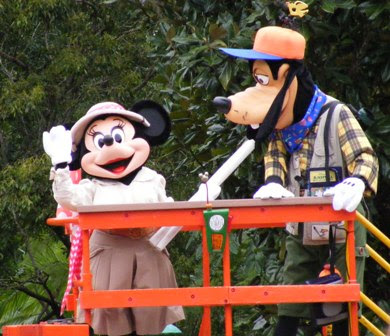 Well, Disney has finally revealed some details on the new Meet-n-Greet building. It is to be called the Adventurers Outpost. According to the Disney Parks Blog, the new area will be a gathering place where "explorers" can come to together to share tales of their adventures. This sounds like the area may be the hub and launching point for the Wilderness Explorers interactive game which, coincidentally, is also set to debut in the Spring. 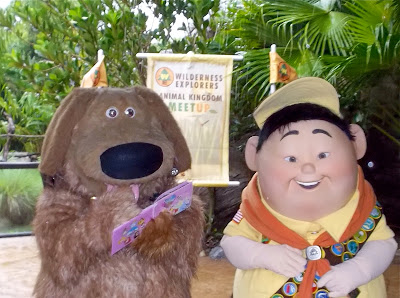 There are some other interesting little tidbits in this post. It clearly states that only Mickey and Minnie will be there for meet and greets. So what about the rest of the characters currently seen at Camp Minnie Mickey such as Pocohontas or Baloo? Well, according to the post, you will still be able to meet characters at the Camp. And Festival of the Lion King will still be playing there. That says to me that Disney does not have plans to close the land any time soon. It seems it will still be there at least through the springtime. 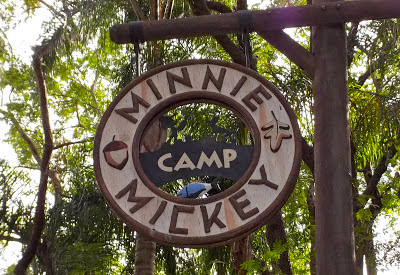 This is not to say Camp Minnie Mickey has escaped the wrath of Avatarland. But it certainly seems to say that construction is not happening anytime soon.

Posted by JamboEveryone at 8:36 PM