The Zebras Have Left The Building:  According to a report by WDW News Today, the herd of zebras at Kilimanjaro Safari have been permanently removed from the attraction and will be replaced by Addax, a critically endangered specie of antelope.


As we have reported in the past, these zebras were having a difficult time settling in their surroundings, something not uncommon for zebras in captivity.  We are currently trying our best to get an official word from Disney on what will happen next for those particular zebras but we are not holding our breath.  Check back with us here for additional info on these guys and the new Addax coming to the Safari attractions. 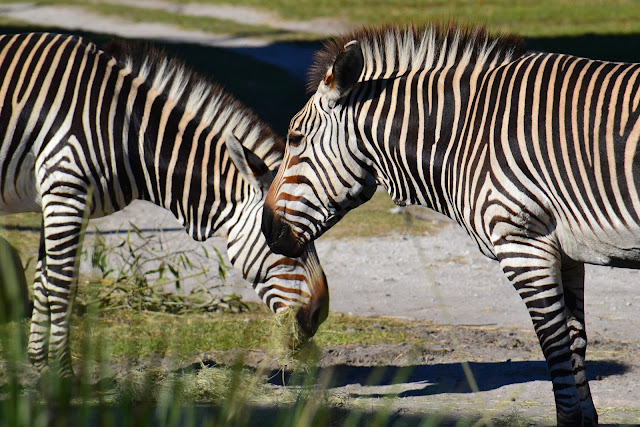 If you are a big fan of zebras, and why wouldn't you be, head over to Kidani Village where you will find a fantastic herd of zebras.

Merchandise Event Announced for Anniversary: The Disney Parks Blog reported this week about some merchandise that will be offered at DAK during the Anniversary/Earth Day weekend of April 19-22.  We can expect to see “artists and vendors such as Just Plumerias, Elemental Nursery, Photographer Carlos Cuba, Silver Designer, Tim “Bushman #1” Adebule and ACME Archives artist, William Silvers.”  We will keep you posted as more information if released.

by Dave McBride
Twitter: davemcb1897
Posted by JamboEveryone at 10:40 AM