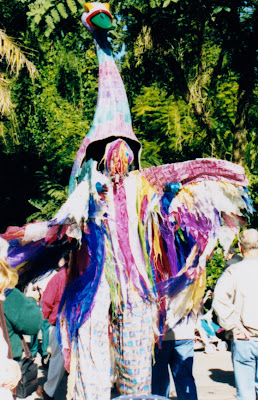 The March was a beautiful little parade, with a much more impromptu feel than the standard Disney parks parade.  It was one part Jammin Jungle, one part Tapestry of Nations and with a touch of the Festival of the Lion King thrown in.  With all of the gorgeous artistic interpretations of animals throughout the Oasis, it really fit the theme well. 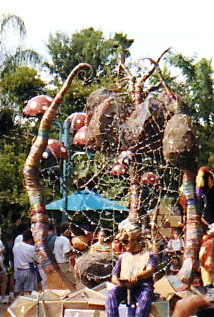 But alas, attractions without mouse-ears tend to be short lived and that's exactly what happened here.  It closed in 1999.  Personally, I think simply adding some Disney animal characters to the March would have been a much better idea than scrapping this unique parade altogether.

by Dave McBride (twitter: @RadioHarambe)
Posted by JamboEveryone at 10:42 AM