Looking Back at the 15th Anniversary Celebration 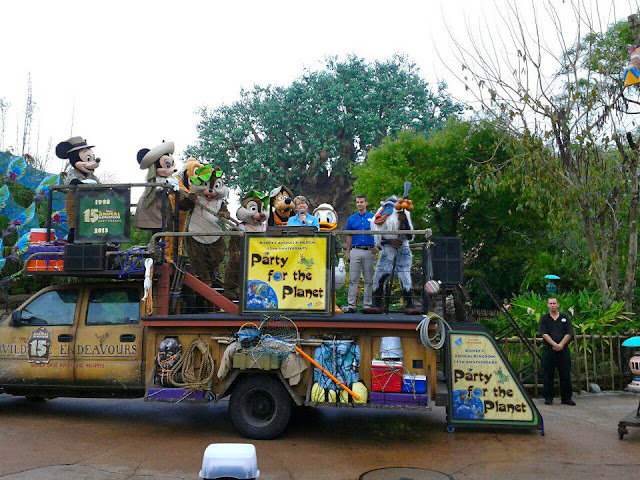 The photo above shows the opening ceremony.  With the Tree of Life in the background, the Fab Five were joined by Rafiki and Chip and Dale, as well as Jackie Ogden, Ph.D., Vice President, Animals, Science and Environment, (speaking) and Josh D’Amaro, Disney’s Animal Kingdom Vice President on Rafiki's left in the blue. 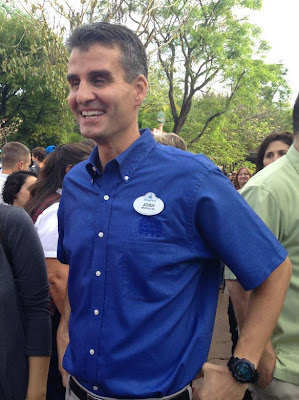 The man above is the leader of DAK.  He is Disney’s Animal Kingdom Vice President Josh D’Amaro.  He gave the opening ceremony speech and stuck around afterwards to meet-and-greet with guests. 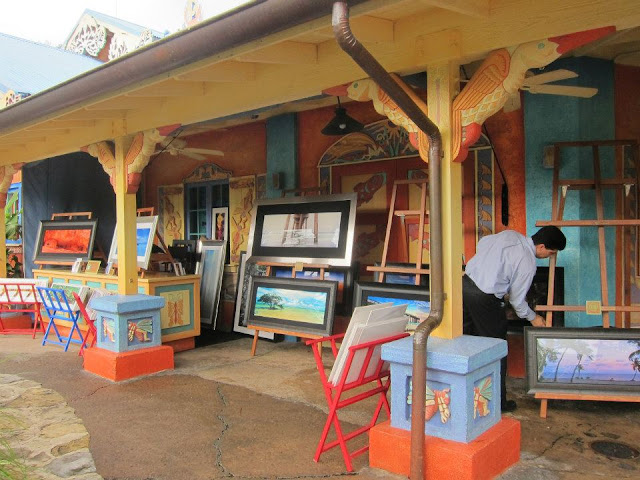 The DAK 15th Anniversary logo merchandise was the big hit, but there were other things on offer.  Above is photography by Carlos Cuba who offers some beautiful nature photography, very appropriate on Earth Day. 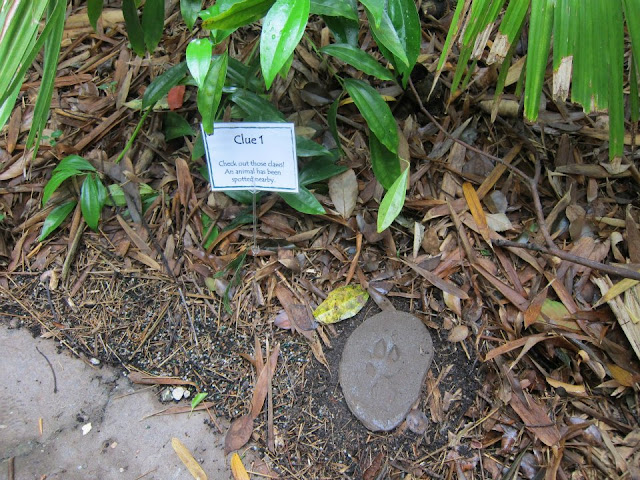 As part of the Party for the Planet, which offered some great activities for kids.  There was opportunity in Africa for the little ones to learn how to identify animals by observing tracks and other clues. 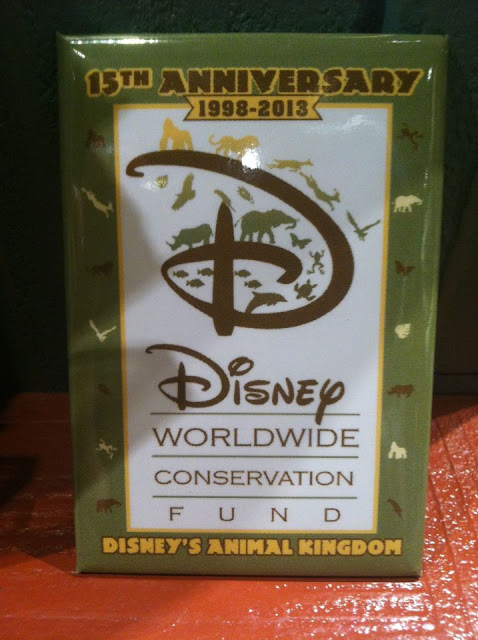 Finally, the best item offered for the Anniversary, in my opinion, was the special button for those donating to the Disney Worldwide Conservation Fund, pictured above.  I rarely ever go to DAK without getting one of these...yes, I have dozens!

by Dave McBride (twitter: @RadioHarambe)
Posted by JamboEveryone at 10:36 AM