Once it was determined that the park icon would be the Tree of Life, imagineers had to decide what exactly would be inside the tree. There were all sorts of early ideas including a restaurant and an observation deck. But before settling on Its Tough to Be a Bug, the imagineers designed another kind of show. 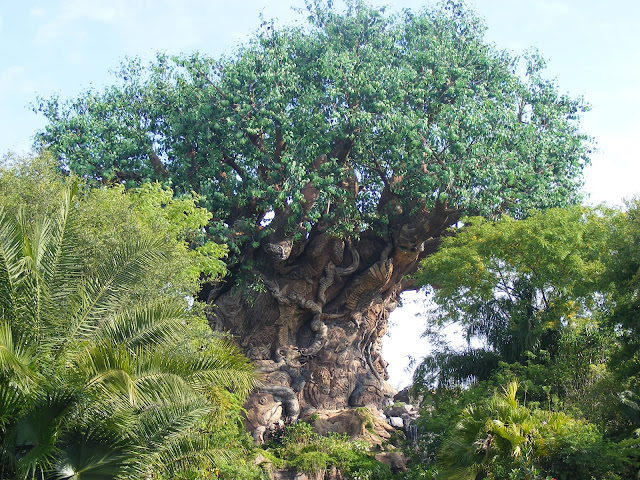 One of the front runners for the Tree of Life was a show based on The Lion King. It was clear from the beginning that the Lion King would be an important film for the park. At the time of these plans, the Lion King was a huge hit. The movie was released to widespread acclaim and huge box office numbers in 1994. The Animal Kingdom was announced in 1995. So it made sense that the centerpiece of the park, the Tree of Life, would hold a show based on the movie.

It seems obvious now that the theme would be the Circle of Life. How could they not use this? The show would demonstrate to guests what was meant by that "Circle." As far we know, no specific plans were ever drawn up for the attraction. Only some concept art featuring Rafiki talking to a young Simba and Nala were ever seen.

As plans evolved, it was determined not to use the film as the source of this attraction. It seems Eisner and his synergy had other plans. Disney was getting ready to release Pixar's A Bug Life. Plus,  imagineers loved the idea of an insect attraction in the park's icon. After all, insects and bugs and the like are a under appreciated part of the animal kingdom and they really wanted to feature them someway. So, why not here.

Eventually, Disney would re-examine the Lion King for a show in the park. When the Beastly Kingdomme was put on hold and a stage show was needed for the hastily put together Camp Minnie Mickey, the Festival of the Lion King was born. It seems clear the show planned for inside the Tree would have been a lot different from the musical we got. It would have been interesting to be taught about the cycles of nature by Rafiki. Maybe some day they will revisit this idea.

Posted by JamboEveryone at 10:23 AM