A rare treat for those who do not live local to Walt Disney World is the chance to see Disney's Animal Kingdom after dark.  And it is truly a shame that more fans of DAK do not get to experience it, because it is a total different place when the sun goes down and one that Disney should be encouraging guests to experience.  But, in fact, they do just the opposite.  So over the next few weeks, we are going to examine a few ideas we have for turning our favorite park into a nighttime destination.

The common complaint is that DAK simply does not have enough attractions to keep people there long into the night, and many assume that is the only answer to this conundrum.  But they would be incorrect.  For one thing, we are getting that in the not too distant future anyway with the addition of the Avatar project.  What the park really needs is not more multi-million dollar e-tickets but instead to head down the same path the World Showcase has gone to become such a great night destination.  And it should start with a premier, signature dining experience, and what could be better than a new version of the Adventurer's Club? 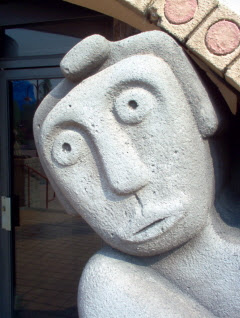 It is a Joe Rohde classic and it fits seamlessly into the park.  It just needs some culinary tweaking.  Think Jiko combined with Sanaa, with some hilarious dinner theater thrown in and some of the best atmosphere ever found at a Disney restaurant and you got what I am driving at here.

Guests would enter the Adventurer’s club from just outside the gates to Africa, the perfect place to launch your adventure into the wild or to return tired and hungry for some food and drink.  On a recent podcast appearance, Safari Mike suggested this should replace the current Rainforest Cafe.  While I see the benefits of that, I personally think this needs to be part of immersive in-park experience.  Plus, a good sized bar area in the middle of the park, and a hyper-themed, exciting bar at that, can be an extremely popular place during the summer months.  Again, think about the World Showcase.  Have you ever been inside the Rose and Crown at 2pm on a warm afternoon?  Or during one of the compulsory thunderstorms?  This can be a cash-cow, if you ask me, just for drinks! 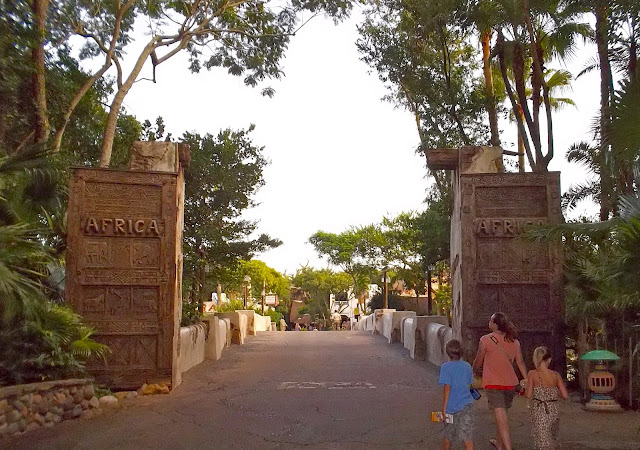 This new restaurant will need to have many differences from the former Adventurer’s Club, which was at the now practically extinct Pleasure Island.  For one thing, this is a restaurant, and a signature one at that.  So the food needs to be top-notch and include a dash of ethnic to keep with the park’s theme.  Jiko and Sanaa at Disney’s Animal Kingdom Lodge are the prefect inspirations for the menu here.  Both restaurants are almost universally applauded, and rightly so, so bringing that kind of dining experience to the park can only be a positive.  The menu should include a little African, a little Indian, and a dash of American to keep the masses happy. 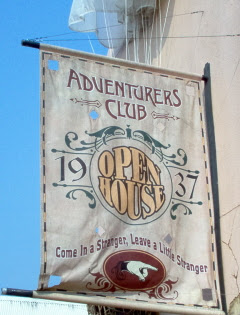 The biggest difference from the original Club, however, is the clientele.  This version of the Adventurer’s Club is NOT a nightclub, but what made the original club great was the entertainment.  So we will need something similar, if a bit tame compared to the old one.  Create separate seating times each night for the show.  The characters would also spend a few minutes before the show mingling with guests, just like they used to, setting the mood for the performance while guests are seated at their tables.  But I would hide a stage behind a wall in the main dining room that moves when the performance begins, so people do not need to move into a different room.  The whole thing will be no more than an hour, so perhaps seatings at 5:00, 6:30 and 8:00pm would do the job and make the bean-counters happy. The problem with the old place was that people sat there all night without spending much money, yet the costs associated with the stage show were high, making it not profitable enough for the Disney suits.  The multiple seatings solves that and the fact that it will have a captive audience all day, as opposed to just a night like at Pleasure Island, makes it even better. 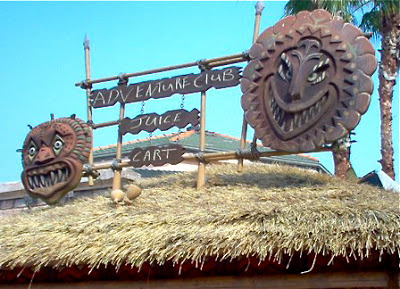 So with the minglers in mind, I would also open this new Adventurer’s Club, perhaps around 11am, for lunch and drinks, however without the stage show.  The theme and detailing at the old club was so great it would easily attract guests throughout the day.  And perhaps a few times during the afternoon hours some of the characters would entertain folks at the bar.  Seriously, how many people reading this would go to this Adventurer’s Club during a day at DAK?  Besides becoming a nighttime destination, this version of the Club would also bridge the gap between rope-droppers and evening guests.  And let's throw in the old Juice Cart while we're at it.

And what would the purists think?  How long would they stand and applaud for this idea?  The Adventurer’s Club is a Joe Rohde classic, and Disney fanatics loved it all those years ago and they still pine away for it.  It’s time for Mr. Rohde to bring it back.  So let’s all let out a loud and heartfelt “Kungaloosh!” and maybe he will hear us!

by Dave McBride (twitter: @RadioHarambe)
Posted by JamboEveryone at 10:50 AM