Today, Safari Mike takes a swing at a few ideas to make Disney's Animal Kingdom a full-fledged night destination.  Comment below and tell us what you think of our ideas.

They are staples of the Disney World Experience.  They are people eaters and capacity bonanzas.  They are dark rides and every park at the Mouse has them.  Except the Animal Kingdom.  And it needs them, especially if they want to keep the park open later.  With the popularity of the new Little Mermaid dark ride, the time seems ripe to add film based dark rides.

The beauty of the dark ride is they are enclosed, even the queues are often indoors.  Thus, they can be maintained with minimal ambient outside noise if need be.  At Animal Kingdom, where after 5 pm a lot of critters are sleeping, eating and relaxing, that can be crucial.  It becomes even more important if the attractions are placed near the off-exhibit housing of the animals.

So what dark rides should we have?  I can think of two very logical choices.  First, I would add a Jungle Book dark ride.  Anyone who looks at a satellite map of the park will see a huge amount empty space behind Asia leading to Rafiki's Planet Watch.  I would add a replica of King Louie's ruins next to the Jungle Trek, taking up some of that space.  There has been leaked information showing a new kind of omnimover, a water version.  This would be perfect for the Jungle Book.  The ride can take you through various scenes of the attraction including the elephant parade, the monkeys over the river, King Louie, Kaa and Shere Khan.  All the while, you would be listening to the great Sherman brothers soundtrack.  And lets not forget, this was the last animated film Walt himself was really involved with.  Finally, since Camp Minnie Mickey is going, this would be a good spot for a meet and greet with Baloo and Louie. 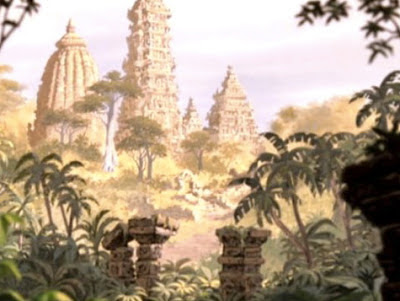 On the other side of this, I would develop a major dark ride on the Lion King.  It could easily be placed at Rafiki's Planet Watch, fitting in with theme.  It was also fit logistically, as I said there is a ton of space there.  The facade could be a replica of Pride Rock with an interactive queue leading you through the caverns.  I just would like the imagineers to do a better job of relaying the story than what they did with the Little Mermaid ride.  Certainly, you could have some spectacular scenes.  A big scene for Hakuna Matata would be in order.  I would also love a dark scene for "Be Prepared" with a state of the art Scar and all sorts of hyena eyes surrounding you. 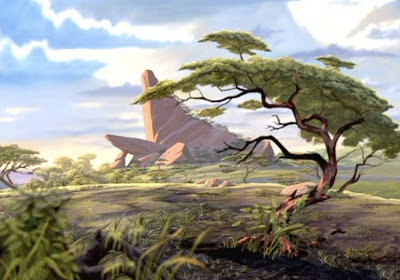 The capacity for these types of attractions are huge.  And they are very popular.  By adding these two attractions, the Animal Kingdom wouldn't be identified as a "half day park" as much anymore.  Even those folks that don't want to walk the trails or see the shows, will hit these rides.  This is not to say that these are the only possibilities for film based dark rides, just perhaps the most logical as they are hugely popular and have obvious areas to be places.  But Disney has a long history of animal films. Bambi would be a possibilty, as well.  And a Fantasia boat ride was planned for the Beastly Kingdomme, that could be explored again.
In the end, it seems to me that all Disney parks should have dark rides. And the Animal Kingdom should not be an exception.