Today is the debut article by guest writer  Megan Stump.  Today gives us a detailed review of the new Wilderness Explorers game at Disney's Animal Kingdom, as well as some great photos.  Here's hoping this is the first of many great articles to come from Megan!

"The wilderness needs to be explored! Caw caw! Roar!" The Wilderness Explorer call is one of the first things you need to know to become a Senior Wilderness Explorer. On opening day of getting to earn badges, my friend Jeff and I were the first two guests in Animal Kingdom to get to that level! We came prepared in scout shirts, and with a quick lesson, we were off. 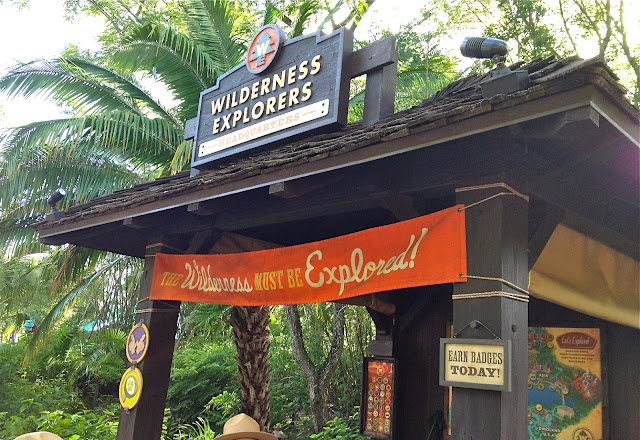 As soon as you enter the park, there is a kiosk that will provide you with a Wilderness Explorer handbook, a pencil, a Wilderness Explorer sticker and a short explanation of what will be going on.  We first headed over to Discovery Island for our first badge, but we found out later, that as of now, that area doesn't open until 10.  No worries! Off to the safari to complete our first badge.  In the front of the book, there are pictures of several animals that you can check off as you see them.  You really have to do the safari and both trails to see the most.  At the end of the safari we had a chance to earn the safari badge, and the cultural badge.  When you get the cultural badges, that involves you speaking to a Cast Member about their country.  Our CM was excited to tell us about South Africa, and I learned they have 11 different languages! 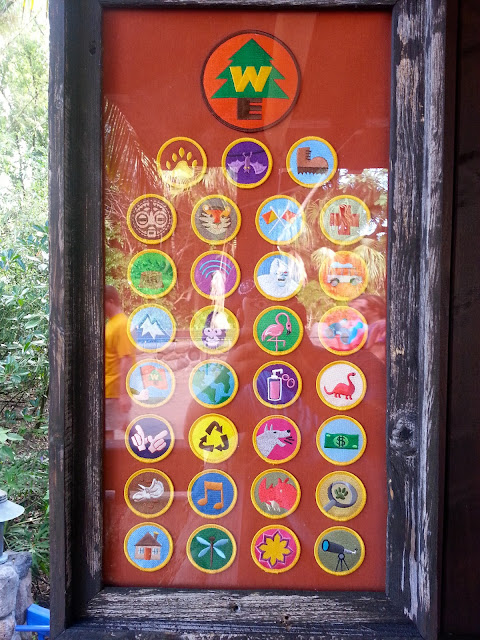 Earning badges is so much fun!  Each is different, sometimes you have to search for clues, sometimes you have to talk with someone to find out the info needed for the badge. The experience itself is really designed for kids ages 7-10, but we saw older kids playing and of course us big kids are welcome to play! 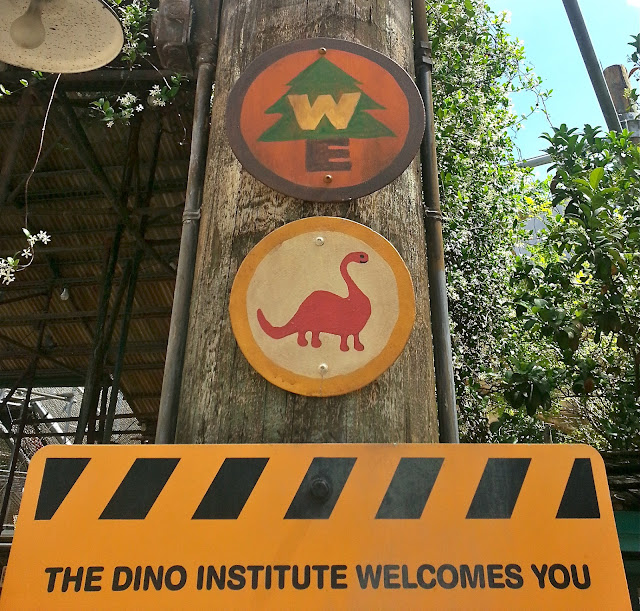 Just like other interactive games, there are specific stations you have to look for. In this case there are two different kinds of stations.  The first could be found almost anywhere, but there is a handy map in the handbook to help you out. Look for Cast Members with a fancy orange satchel! These satchels are pretty awesome. They have a picture of the badge you are earning and the strap is actually a badge sash. I not so secretly hope they sell these eventually! The Cast Members are either wearing normal costumes, or a Wilderness Explorer uniform.  They were near attractions, merchandise carts, and one was by the bridge that connects Asia and Dinoland.

The second is actually a Troop Leader station.  These stations have troop leaders in uniform and a satchel as well, but most of them were accommodating larger groups. My favorite was earning the Forestry badge and Animal Call. Troop Leader Veronica taught the badges as a whole class, so we earned them together. It was a continuous lesson though, so if you came in at the end or missed one, you just did the next and participated the second time through. I learned so much without realizing I was learning! No matter which station you're at, you will earn an actual badge (well sticker) for your handbook. If you miss it coming in the park, any Troop Leader station has books you can start with. 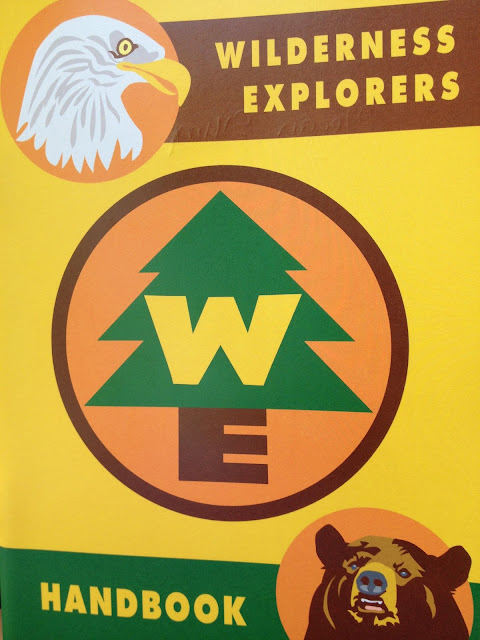 I wouldn't hesitate to play this again-at a slower pace. It really is designed for you to take your time and enjoy the park, while having some fun on the side.  Of course we had a challenge-Jeff had to be at work in the afternoon and we wanted to see if we could finish.  You could do that too, but why not enjoy the park! We were even told that they want guests to come back with their handbooks, whether it be next week or a year from now. Believe me, I will be earning more badges next time! Kids will love this, and parents....you're sneaking a little education in too! Bonus all around.


By Megan Stump, contributing writer to Jambo Everyone (twitter: @megadis13) 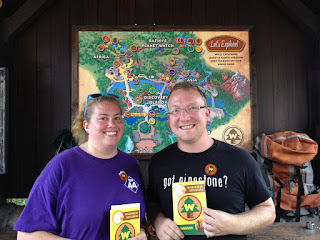 Posted by JamboEveryone at 10:36 AM