Last week, Safari Mike opined on his desire to bring a new and elaborate version of Mystic Point from Hong Kong Disneyland to Disney's Animal Kingdom.  Today, Mike builds on that idea even more.

In my last post on the topic of making the Animal Kingdom a night time park, I discussed bringing the incredible Mystic Point from Hong Kong to Florida. In Hong Kong, its a "miniland", but at the Animal Kingdom, I would make it a full fledged land dedicated to the exploration of the turn of the century. This would expand and emphasize the idea of the Society of Explorers and Adventurers (S.E.A.).  It was these pioneers that discovered the world for us, the ancient civilizations and the natural wonders that form the backbone of the park's theme. And one areas of exploration, even today, is the world's oceans. And what better explorer than Captain Nemo. 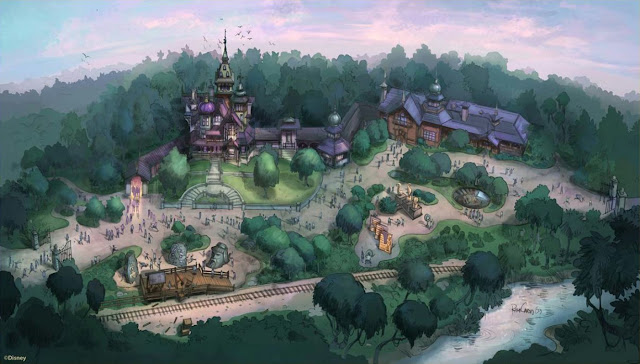 So the other half of Mystic Point would be Captain Nemo's secret base and dock. The queue would be a homage to the early explorers of the seas with references to the captain himself. But the ride, in my mind, would be different. This would not be your father's 20,000 Leagues under the Sea, or even the one at Tokyo DisneySea. This would be a thrill ride.

At Tokyo, they don't actually put you under water. Instead, they fill the portholes with water to make it appear that you are indeed submerged. I would combine that with the what we are getting at Snow White's Mine coaster, that is a coaster wherein the cars can move to heighten the experience. That seems like a perfect way to make you feel as if you are underwater. And I would also begin the attraction as a dark ride type of experience as you explore the seas. Looking out your portholes, you will see all kinds of interesting sea critters. But in the Jules Verne novel, there are two things that I would want to include to make the attraction exciting: the kraken and the maelstrom. 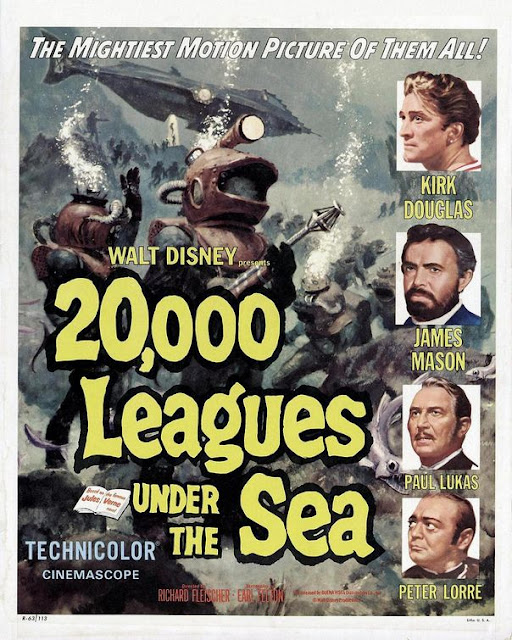 I envision a meeting with the giant squid that stops your car in its tracks and, using the new technology, make it feel like you are being tossed around, perhaps even springing a leak. This battle would take a few moments and would damage the sub cutting its power supply. Then its in to the maelstrom, plunging you (with no power and in the dark) into the whirlpool, before the power comes back on pushing you through and back to the secret base.

Once you were done, you would be led into Captain Nemo's Treasure room. The nearby Mystic Manor has its Garden of Wonders so here we have a Treasure room, with a similar idea. The room/attraction would have treasures recovered from shipwrecks and sunken cities. It would be mingled with some of the living treasures of the sea. Like the unusual, rare animals at the Gardens of Wonder, the Treasure room would have unusual animals from the sea. I would love to see things like an octopus, wolf-eel, an exhibit of jellyfish, cuddle fish, puffer fish, and colorful reef animals. I would not have anything too large, i.e. expensive, like an enormous shark tank. That's what the Living Seas are for. This is more of an unusual animal area, and smaller in scale.

Plus, unlike their land brethren, fish do not need to go "off" exhibit for the evening, making this a possible later in the evening attraction too.