We spent the last few weeks writing about some ideas we had for keeping the Animal Kingdom open at night. I know we sound like a broken record, but this park is magical at night and a very different experience. But as it stands now, there is an exodus at the park once the afternoon parade ends. The park, to keep people there until the evening hours, needs a night capping event like Wishes or Illuminations. However, as you can probably guess, that event can't be fireworks which would stress out the animals even in their off exhibit housing.

Those wishing for something like that at the park might be in luck. According to our friends, the Disney Hipsters, there is a very strong chance that testing for a new parade coming to end the day at the Animal Kingdom will begin later this summer. On episode 55 of their podcast, they shared what they had heard that , on very good authority, there will be a water parade coming. Apparently, the powers that be are close to signing off on the project, perhaps just in time to share some concept art at the upcoming D23 event.

In truth, the rumor makes a lot of sense. The park gets quiet, and Disney certainly would like to keep people in the park eating and shopping, i.e. spending money. The best way to do that is a "can't be missed" night time show. Remember when Disney cut back on Fantasmic, that park died early those evenings much like Animal Kingdom does now. And from what the Disney Hipsters have said, this would be an amazing event. The concept is a parade floating along the Discovery River. The boats/barges would have sails and Disney would use their projection technology (which they are in love with) to make those sails come to life. This is the same tech used on the castle shows and to turn Spaceship Earth into a Mike Wazowski. 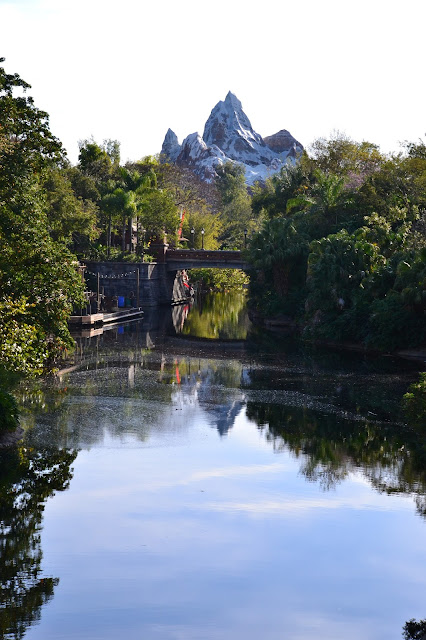 One problem: viewing. There is not a lot of spaces to get a good view of the water. The best spots to see the water are the bridges and the path from Africa to Asia. And, of course, near Everest. But there are a lot of buildings blocking water views at the front of Discovery Island like Pizzafari and the Island Mercantile. Perhaps Disney would incorporate some paths and viewing areas down the by the water in that part of Discovery Island to create more space. Also, I would imagine the planned Avatarland could incorporate spots for viewing along the river that currently aren't there. Speaking of Avatar, according to the Hipsters, that project is not a part of this show. I assume the parade would be more Disneycentric, think Lion King and Jungle Book, which is ok with me.