A Better End to Kilimanjaro Safaris?


The zebra are gone from the end of the safari. As we all know, they couldn't adjust to the exhibit. They became agitated and high strung. The idea, which was a good one, was going to be a big finale. Zebra are a high profile African species. When people think of the savanna, zebra are one of the animals that likely come to their mind. And to drive through a large herd of them would be a very African-like experience for the guest. 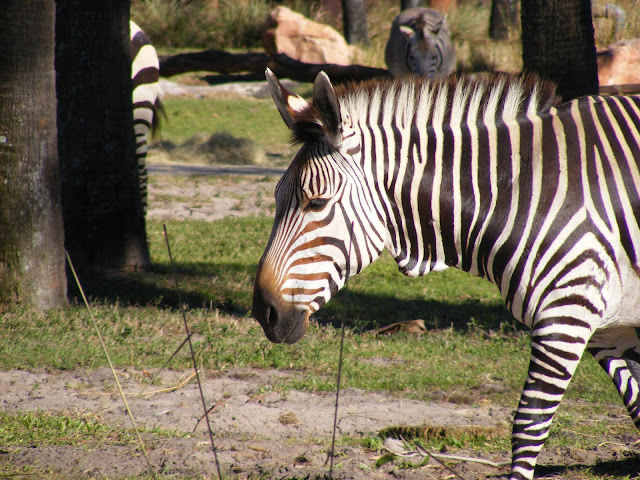 Now, we have addax. Don't get me wrong, addax are an important conservation story. There are fewer than 500 of them left in the wild. Worse yet, they are scattered over several small, isolated populations in Niger and Chad. Poachers have virtually eliminated the wild populations of the species and the populations that are left are so critically low a bad drought, disease or some other natural disasters could be devastating. Fortunately, there are captive breeding programs in Tunisia and Morocco which they hope to turn into reintroduction programs. So yes, the addax is an important conservation lesson that should be a part of the Kilimanjaro Safaris dialog. 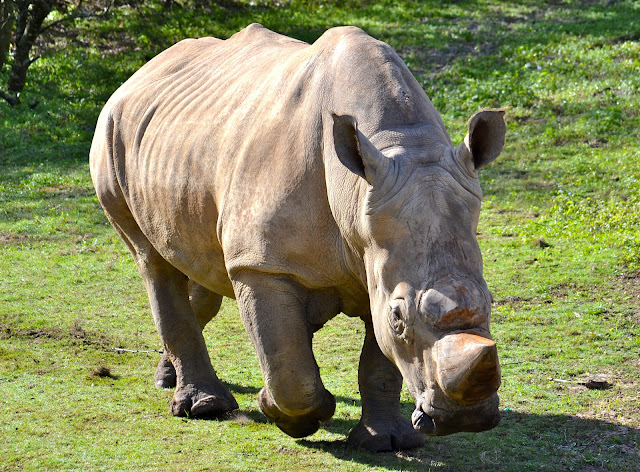 But to be honest, they are simply not zebra. The image of the zebra conjures up in the imagination, images of the great plains of Africa, just like the elephant and the lion. They are the icons of the continent's wildlife. So are the rhinos. Which is why I think they need to move the white rhinos to end of the attraction. This would be a much more suitable closing for guests. Plus, the cast members could talk about the plight of the animal which is very much a major focus of conservation efforts today. Unfortunately, rhinos throughout Africa and Asia are on the verge of extinction thanks to man. Poaching is getting worse and worse. Every year, it seems the killing rate rises as the horn is used for traditional medicines and in ceremonial daggers. 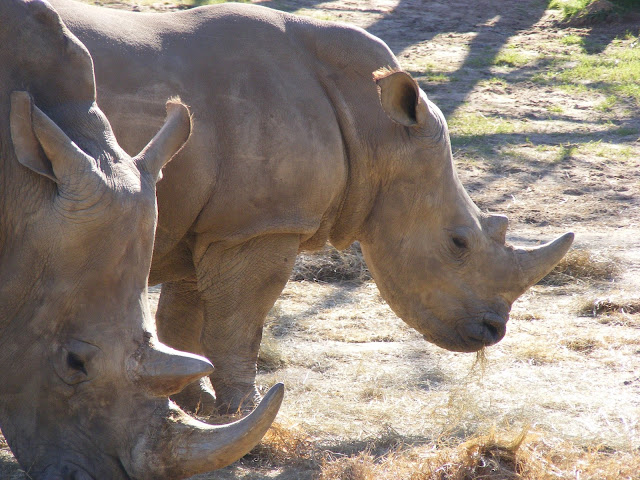 And rhinos, like zebra, are iconic. People are impressed with them. They are huge, especially the white rhinos, which carry nearly twice the bulk of the black rhino. To get a close up look at these prehistoric animals is unforgettable. So, I would switch the white rhinos from the Savanna East portion of the ride with the addax. Since the black rhinos are currently located in the forest portion of the ride, the plight of the rhinos would become suitable bookends.

To learn more about how Jambo Everyone is working to assist in efforts to save Rhinos, go to our Conservation Page.

Posted by JamboEveryone at 9:36 AM

Email ThisBlogThis!Share to TwitterShare to FacebookShare to Pinterest
Labels: Kilimanjaro Safari, save the rhino, zebras