One of the most detailed lands in any Disney park is Dinoland, USA. Its rich, detailed back story is often (as all back stories are) overlooked. And to be fair, that sort of is the point of the back story. Written history that gives the imagineer a pedestal upon which to design the props, signs and details.  I want to help fill in some of the details and help you appreciate this part of the Animal Kingdom more. I am going to focus this little post about one of my favorite shops in all of the Animal Kingdom: Chester and Hester's Dinosaur Treasures. 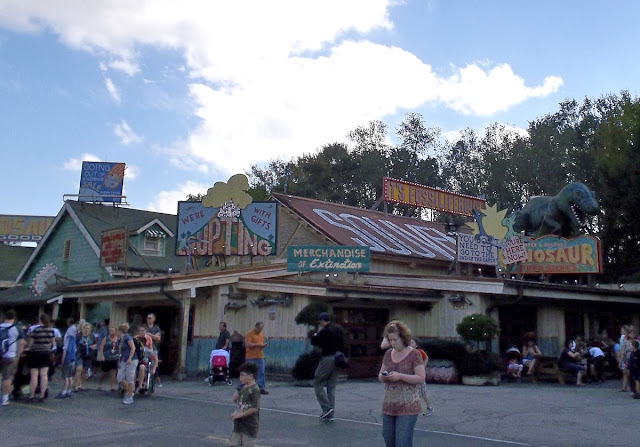 Good old Chester and Hester are smart folk. You see they refused to sell out. They owned this piece of Diggs County well before they discovered fossils here. And when the Dino Institute made that discovery, they would not sell their land to them. No sir, Chet and Het are entrepreneurs. So when it became clear there was money to be had, they jumped on the opportunity. 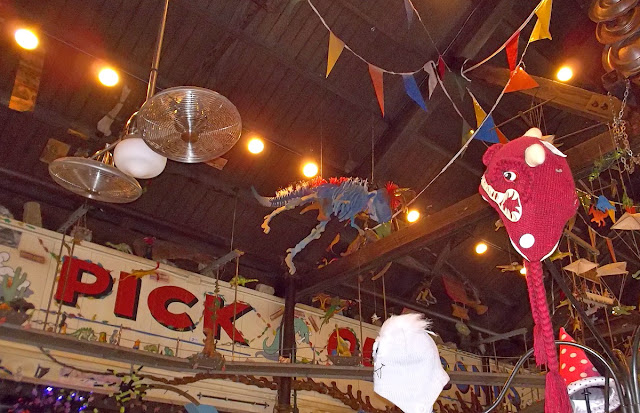 They had a gas station out here in the sticks. In 1947, some fossil hunters stumbled upon the mother load.  Soon after, the Dino Institute came in and began buying up all the land around Chester and Hester's gas station. The Institute set up a headquarters in an old fishing lodge which eventually was turned into a restaurant (osaurus) and the Institute soon built a state of the art facility. All the while, the old couple refused to sell. They could see that profit was to be had so they began selling cheap dinosaur souvenirs  out of their gas station/service store  to capitalize on the folks streaming into to dig for fossils. They started selling even more when eventually folk came in to take the start of the art time traveling tours being offered nearby. An much to the Dino Institutes's chagrin, Chester and Hester stayed strong and began to make a killing. 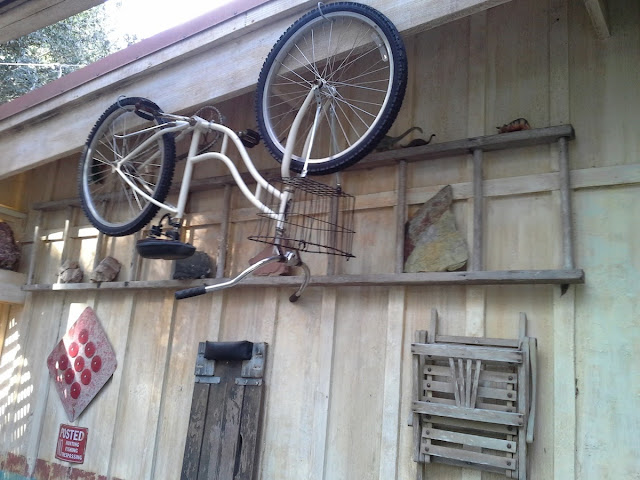 The sale of tacky knick knacks started to become much more profitable than the gasoline so they abandoned their old business. You can still see some signs of the old purpose of the building, i.e gas station and service center. One example is the use of truck tires as planters at the entrance. You can still see the old Sinclair gas pump out front, as well. Oil cans have been turned into a hat rack. Out back, check out the tacky colorful dinosaur statues set up for photo ops. All over the building are cheesy signs talking about "going out of existence deals" or "Prehistoric Prices." 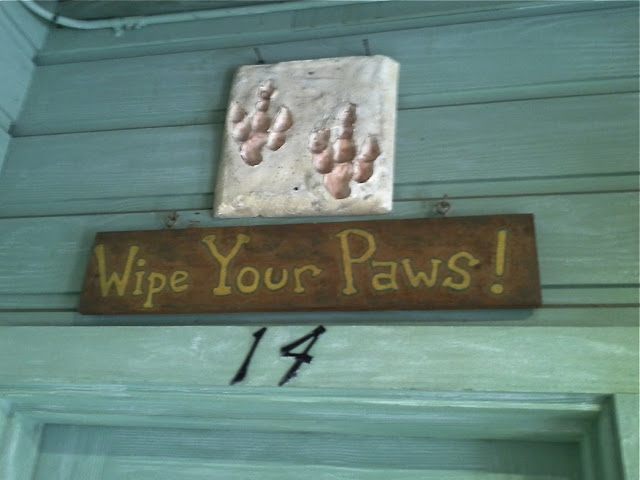 Inside is even cheesier. To be honest, this store was once better. Part of it has been turned over to typical Disney fare, toy story paraphernalia, and seasonal items. But still, this is an awesome store to browse in, if for nothing else the decor. I particularly enjoy the photo in one corner of Chester and Hester themselves as well as the framed dollar bill, which is the first dollar the old couple ever made at the site. Keep a look out for the kitschy stuff, like the Wipe Your Paws sign over one door. Up in the air above are all sorts of cheap toys. There is still plenty of dino stuff to buy. My favorite are the comic books. The store has all kinds like Batman, Spider Man and what not. The catch is they all feature a dinosaur in some fashion on the cover. 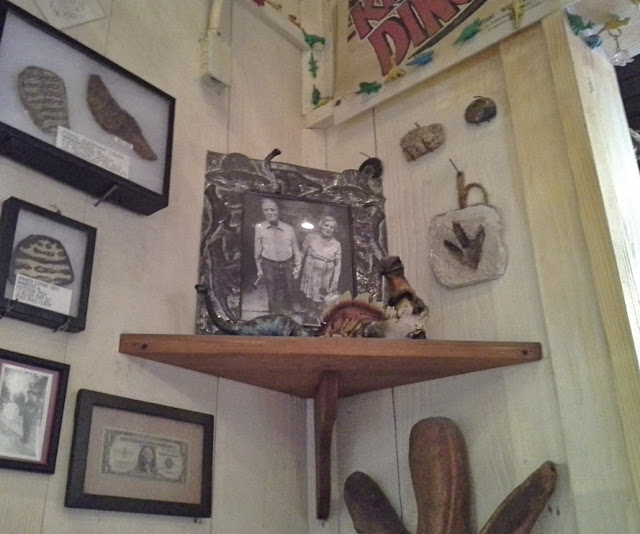 One day I will give you the story of the rest of Chester and Hester's money making gambit, but for now I will leave you with one question. So why do you think Imagineers decided the store would be a re purposed gas station? Well because gasoline is, after all, a fossil fuel. Ah, the irony.

Posted by JamboEveryone at 9:31 PM