Festival of the Lion King Theater Announced:  For weeks we have heard shovels in the ground, seen annoying construction walls, cranes and equipment up all over Harambe.  We were certain this was all for a new theater for Festival of the Lion King, however we finally received official confirmation of that fact this past week.  The new theater will open sometime in 2014, and it will be located behind the Tusker House in the Africa section. 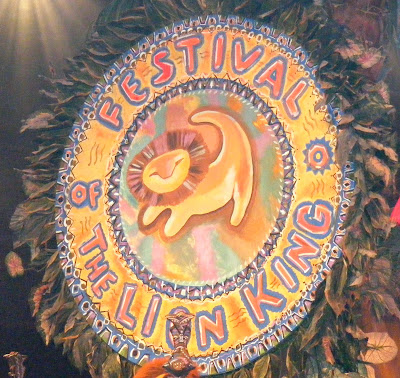 In a posting on the Disney Parks Blog this week Shawn Slater, Communications Manager of Walt Disney Parks and Resorts Creative Entertainment, said the “exterior of the new theater is being designed to fit right in with its African surroundings.”  Other than exterior improvements, it appears the rest of the new theater will be fairly similar to the current one, with similar layout and capacity.

Avatar “Teaser” Coming at D23 Expo:  Last week, via the Disney Insider email, we learned that we can expect to see what is being phrased as a “teaser” for a new attraction based on Avatar.  We have no idea what that might entail, but we will keep you posted.  However, it looks as though finally the anti-Avatar crowd will actually have something concrete to criticize!

If you are interested in the controversial subject of Avatar coming to DAK, I suggest you listen to Episode 2 of Radio Harambe where the two hosts spend about an hour debating the issues and merits of this illusive project.

Posted by JamboEveryone at 9:39 AM