The Return of the Zebras

After much fanfare, a large herd of zebra replaced the Little Red story line at the end of Kilimanjaro Safaris. We all knew that. And we all knew that exhibiting the herd was an unmitigated disaster. After a few rocky months of being on stage and off, the zebras were eventually pulled from that exhibit. The problem was essentially the Plains Zebra (which compromised a bulk of the herd, with the exception being one Grevy's zebra) are high strung animals. The area was a tad cramped for a large number of animals and they got agitated biting each other and, according to some reports, the ride vehicles.

So out went the zebra after four months, seemingly locked backstage never to be heard from again, at least for safari riders. But alas, word started leaking out of zebra sightings on Kilimanjaro in late June, the first report I got was from a twitter follower (@DisneyMamaLin) on June 24th. Two were spotted not far from where the cheetah are. Not the whole herd, just two. And farther away from ride vehicles. Plus, we know tarps have again gone up. These are used to get "new" animals used to staying in their general area. Most the savanna is accessible for all the animals. The lions and cheetah are separated by invisible moats. The first area of black rhinos and okapi are separated by the exhibits of crocodile and hippos, but once you get to the big savanna, its pretty much fair game. 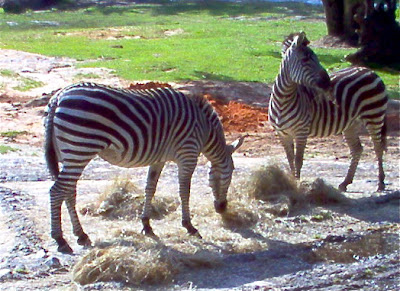 And many may not know that this is not the first time zebra were on the attraction. Back when it opened in 1998, there were Plains zebra on the main savanna where you also see wildebeest and giraffe. The advantage in these areas is simple. Its much bigger, so if the zebra don't want to be near the ride vehicles they can stand away, and if they get agitated with each other, there is room to get away from each other, too. Also, it seems at least up until now, that only a few are going out at a time, decreasing the chances of infighting. 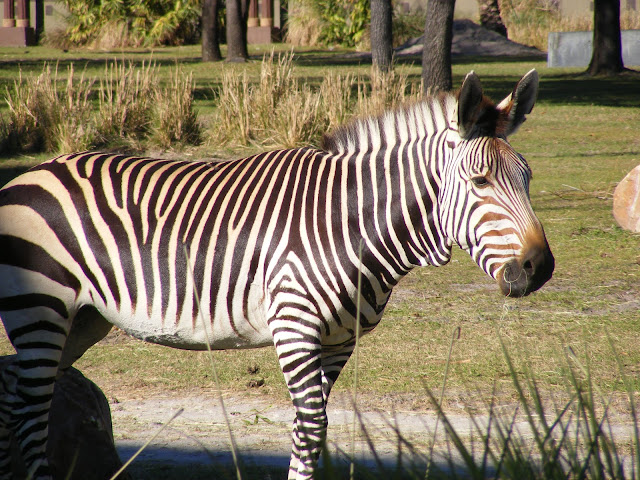 Zebra, as I have said before, are an iconic species in Africa. It is one of the animals along with rhinos, elephants, cheetah and lions, that conjure up the mystique of the savanna. It would be good to have them back on this iconic attraction.