The just ended D23 Expo in Anaheim was something of a dud in terms of theme park announcements.  Disney announced before the show the Imagineering’s exhibit would be offering a “teaser” into the upcoming Avatar project.  And that’s pretty much what we got, a teaser in the weakest sense of the word. 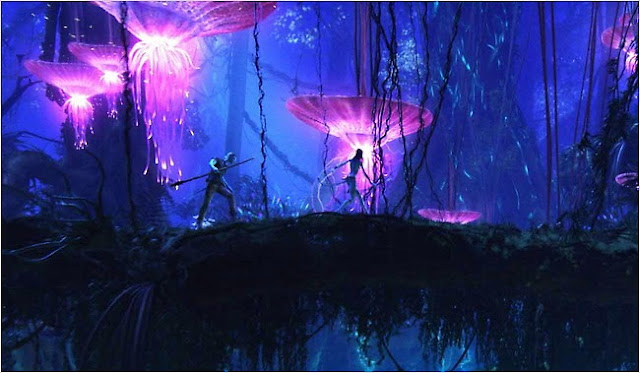 I would like to point you to the InsideTheMagic.net website where they have a video interview with Imagineer Brandon Kleyla, who obviously pulled the short straw and was asked to man the Avatar booth.  (Can you imagine how many snarky and negative comments this poor fellow had to deal with all weekend??)

The long and short is we have no further evidence of what these attractions will be and what this new area may look like.  I am encouraged by the glowing things on display, because I am hoping that means they are looking to feature the area with more of a nighttime theme.  Pandora at night is the film’s strong-suit, so hopefully that is the direction they are going in. 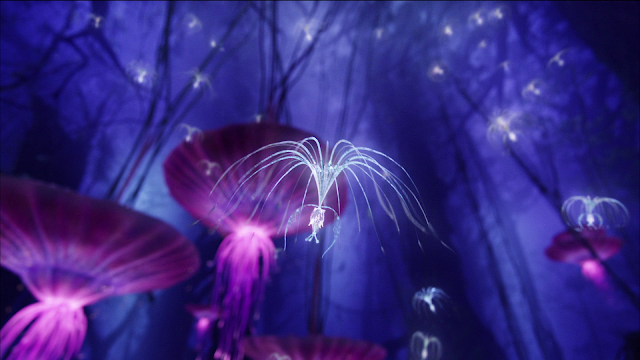 Perhaps I am becoming the internet’s only Disney/Avatar apologist. (A man needs a goal in life, I suppose.)   But for some reason I am encouraged by this if not overwhelmed.  What Mr. Kleyla is describing, in an awkwardly fictitious manner, feels like the kind of research Joe Rohde demanded on Expedition Everest and the other e-tickets and lands at Disney’s Animal Kingdom.  As I have said many, many, many, many time before, In Joe Rohde We Trust!

by Dave McBride (twitter: @RadioHarambe)
Posted by JamboEveryone at 10:15 AM