The Battle to Save the Snow Leopard

I spent many years as a docent at the Bronx zoo. 18 of them, in fact. In that capacity, I would spend time at exhibits and engage guests in discussions about animals and conservation. One of my favorite places to hang out was the Himalayan Highlands, an exhibit for the zoo's population of snow leopards and red pandas. It is a great exhibit and has withstood the test of time, being well over twenty years old. It incorporates local culture, including prayer flags, prayer stones and designs from Nepalese artist, an idea fully realized by the Animal Kingdom. 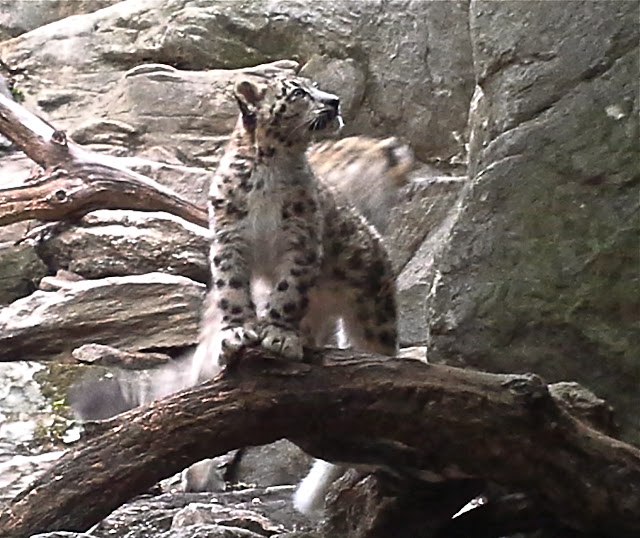 And there has been much success. Over 80 snow leopard cubs have been born at the zoo, more than any other institution in the world. And every cub counts. Snow Leopards are highly endangered as they have paid the price for their beautiful coats. Those same grey-white coats are perfect camouflage for their habitat which is the mountainous regions of Central Asia from the Himalayan mountains to the Mongolian steppes. It is estimated that less than 5,000 exist in the wild. It is extremely rare to see these cats. But to see it hunt a wild goat leaping from ledge to ledge, teetering so close to plummeting to its death, is a sight to behold.

One of the first things people notice is the tails. They are huge, essentially equal in the length to the rest of the cat. It helps them balance on crags and rocks that are its home which is also why the animal has such large paws. In fact, a better name for the animal would be Crag Leopard. That tail can also wrap around the cat for warmth. It has large lungs to help it breath in the thin oxygen at high altitudes. And, of course, there is that thick coat that allows it to survive in a such a tough environment where winter temperatures can get below 40 degrees Celsius.

Unfortunately, these graceful cats have been hunted to near extinction. As I said, their coats have long been treasured by the fashion industry. And while that issue has lowered in recent years, pelts, teeth and other parts are still in demand locally for tribal costumes and the Asian medicine markets. In some areas, local prey like wild sheep have been hunted and snow leopards have turned their attention to domestic animals, which, of course, in turn has led to their removal as "pests." 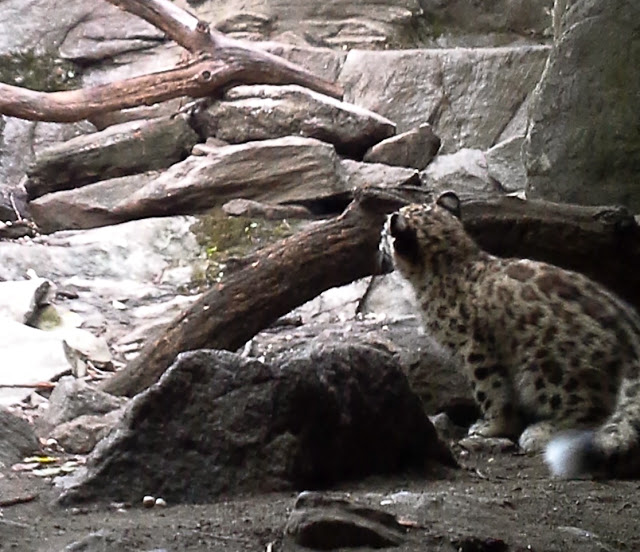 There are things that we can do, however. I very much recommend the Snow Leopard Conservancy (link http://snowleopardconservancy.org/). This group is led by Dr. Rodney Jackson, a leader in snow leopard biology. His and Darla Hibbard's Vanishing Tracks is an incredible book about life in Northwestern Nepal, groundbreaking work on radio-tracking the snow leopards, and the habitat itself. Also, be sure to look at the Snow Leopard Conservancy website. There is incredible photographs of both the snow leopard and its environment, as well as anything you need to know about the cat including its role in local myth, something I enjoy. And also check out Joe Rohde's new website, http://joerohde.net/v/snow-leopards where he has taken up the cause of the snow leopards.

We here at Jambo Everyone applaud these types of efforts. We tend to focus on the animals displayed at the Animal Kingdom, but there are many that need our support, like the snow leopard. Its part of what makes the Disney Wildlife Conservation Fund an important piece of the Animal Kingdom experience. Getting help to species in crisis. And these amazing cats are one such animals.