One thing we tend to stress here at Jambo Everyone is the incredible theming that goes on at the Animal Kingdom. This time up I want to focus on maybe my favorite single animal exhibit in the park- the Anandapur ruins that are the home of the lesser apes, the siamangs and white-cheeked gibbons. Why is this my favorite? Two reasons, really. Number 1, these animals are highly entertaining to watch. Secondly, the ruins these animals hang around in. 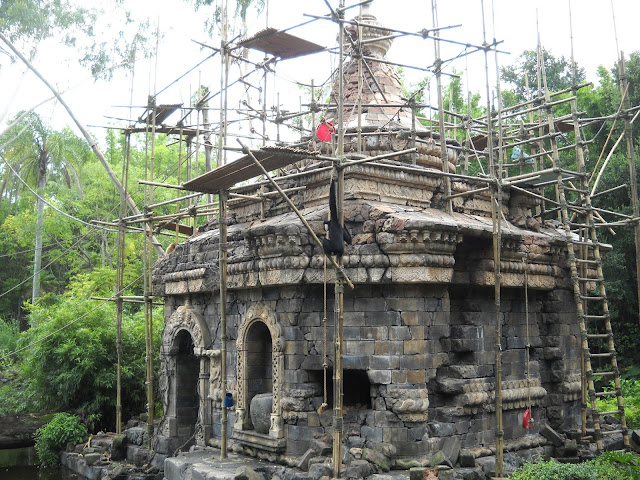 We touched upon the history of Anandapur in past articles. The fictional river, the Chakranadi lies at the heart of this nation. The snow melts from the nearby Himalayan mountains feed this river as it provides the source of the jungles here and at the Royal Forest. Eventually, the river spills into the equally fictional Burgis Sea. But not before it floods the surrounding land here in the jungle. 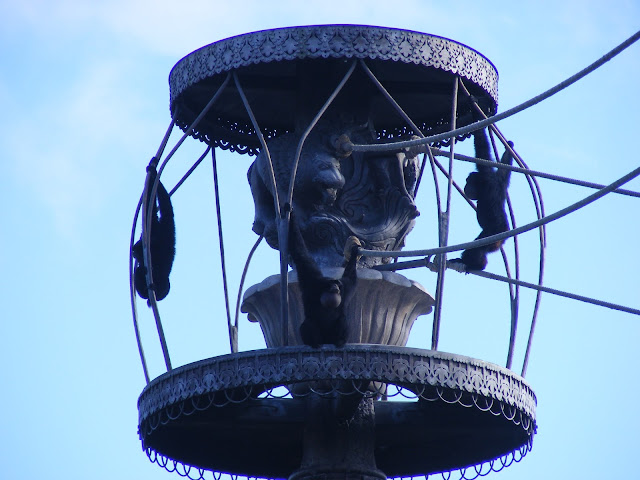 Near the home of the Kali River Expeditions, are the flood plains where the Chakranadi and Kali rivers meet. The buildings, an example being where you can get Kali River Rapids' fastpasses, are built on stilts to protect the residents from these floods. But there have been changes over the years to waterway. Where there was once ground not subject to the water's whims, temples to ancient gods were built. For some time now, the floods have taken over. The temples have long been damaged. 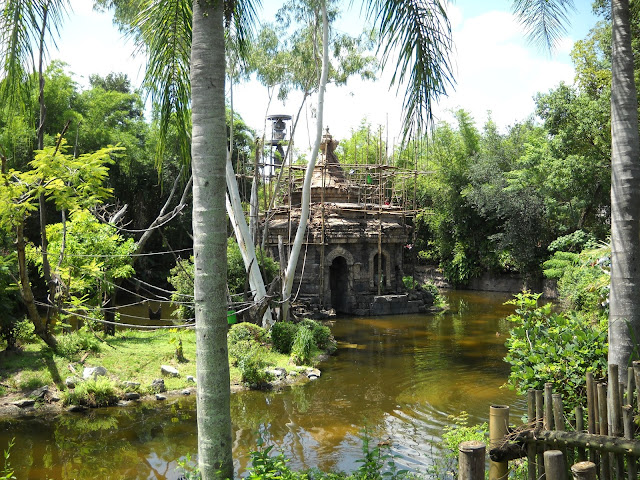 But now, the people of Anandapur are trying to take back their cultural heritage. You can see this from the woodworking that surround the ruins. Workers are trying to hard to repair the damage. But its flood season, so the work is on hold. You can see steps under the water, and the river lapping at the door. When the spring floods subside, the workers will get back to, well, work. But for now, gibbons and saimangs have taken residence, enjoying the added fun of swinging on the ropes and scaffolding left up for when the seasons change.

Posted by JamboEveryone at 1:16 PM