Girl Falls From Balcony at Animal Kingdom Lodge: According to a report in the Sun Sentinel, a 6-year old girl fell from the third floor balcony of her family’s room at the Animal Kingdom Lodge.  The incident occurred during Labor Day Weekend and the girl was taken to a local hospital where she is believed to be in stable condition.  No further information on the girl’s condition has been released. 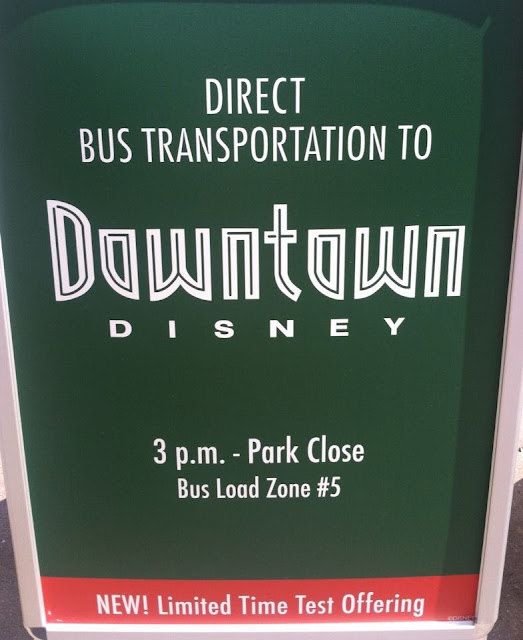 So why has Disney never offered such an obviously needed service from theme park to DTD you ask?  Well, the answer is simple...the almighty dollar!  Disney wants to avoid people parking for free Downtown and hopping a bus to a park, thus circumventing the bloated parking fees.  And why are they possibly changing their minds?  That’s pretty obvious too.  Disney is about to turn the parking situation Downtown into a giant disaster and my guess is they are hoping this may relieve the pressure a bit over there.

Park Hours Back to Nonsense Levels:  Labor Day is behind, summer is a memory and the crowds at Disney World will dramatically decrease in the coming weeks.  In a completely unrelated magical coincidence, the park now will magically close at 5pm everyday so the magical animals can go back to their magical beds before the sun goes down...two hours later.  (Yes, this annoys me!)

Have A Wild Time this week!!
Posted by JamboEveryone at 9:43 AM