James Cameron and Joe Rohde Give Us a Peek Into Pandora

In case this past weekend’s flood of information regarding the future of Disney’s Animal Kingdom and the pending Avatar project was not enough for you, this morning Disney released a video shown at Japan’s D23 Expo giving us even more details on Pandora.  It features James Cameron and Joe Rohde.  Have a look...


After you make your way past the obligatory corporate fluff, there are a couple of things that really standout here.  The first is that we can stop the “Avatar might not even happen” stuff.  That’s over with.  The idea that Disney would turn back now is not even imaginable. It is happening and it looks like it may just be really, really cool! 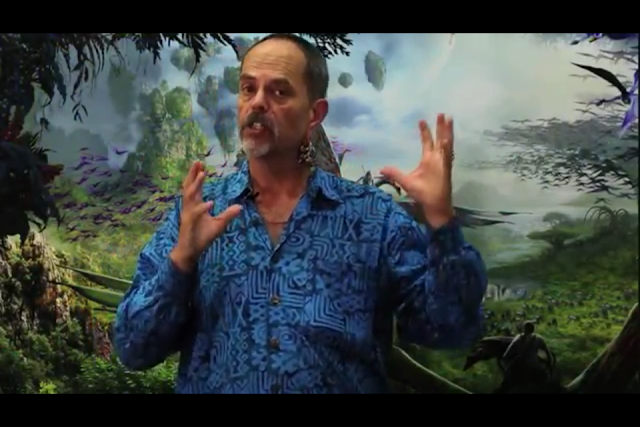 Second, and perhaps the most important, is the apparently enthusiastic inclusion of Joe Rohde in this video.  I don’t know about you, but seeing Mr. Rohde as the guiding force here helps put to rest speculation that he may not be fully behind it, speculation that was never sourced or confirmed.  Whether he likes the idea or not is immaterial at this point.  He’s firmly onboard and the language he uses in comparing Pandora to the Animal Kingdom is the kind of language we DAK fans want to hear. 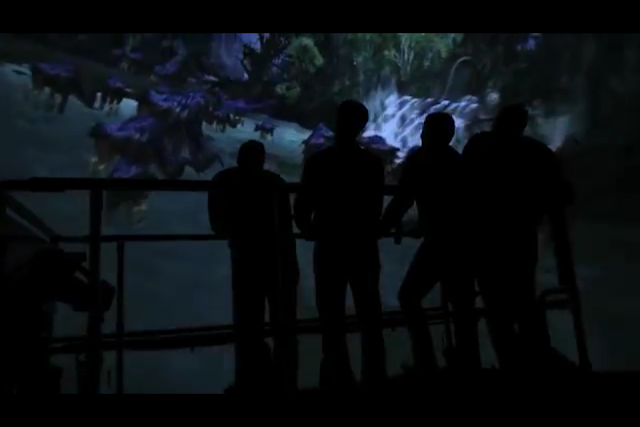 Now let’s look at a couple of specifics.  The obvious standout is the clip of the designers in front of a movie screen in what is obviously the precursor to a flight simulator.  This is exactly what type of ride we were expecting, but seeing it in this context really brings out the potential excitement of this experience.  To me, this seems like the kind of e-ticket one can really enjoy whether they are familiar with the film or not.

The other item of note was an additional artist rendering showing a family in the foreground walking through Pandora at night.  It is exactly the same image we saw on the weekend, with same family and background, only this time it shows us how the same area will look in the dark.  And it certainly appears to be an ambitious design to say the least.  It looks like this will be the first Disney “land” that entirely transforms when the sun goes down.

And that’s just the beginning.  Rohde says “The land comes to life when you interact with it and seems to be a living creature itself.”  Without specifics it is hard to wrap your mind around all this may entail, but the concept, from what is being said at least, appears to be breaking new ground for Imagineering.  Rohde is the man who best defines the words “theme” and “detail” at Imagineering and now it looks like he may be taking it to the next level. 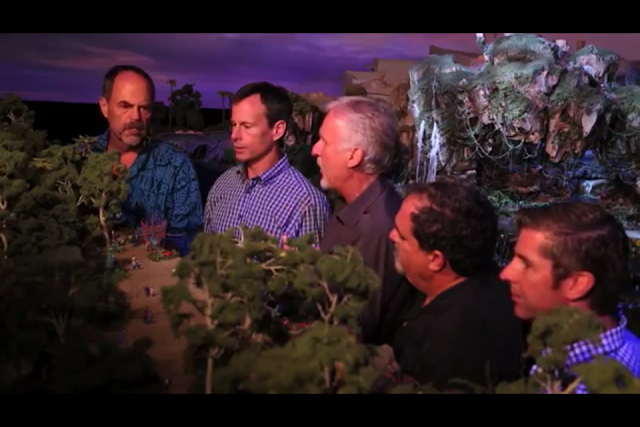 Everyone involved with the Avatar project, especially those at Disney, know this is a controversial project among the Disney fan community.  It would be easy to have never pushed forward with it and bowed to fan pressure months ago.  But it certainly does seem they have taken the opposite approach and instead are shooting for the moon with this one.  Whether they get there is what remains to be seen.

As promised, we will dedicate the entire next episode of Radio Harambe to all of this.  But to be on the safe side, I think we may hold of on recording another day or two, just in case...

by Dave McBride (twitter: @RadioHarambe)
Posted by JamboEveryone at 3:19 PM