The Story of Harambe: Part Five

Today we conclude our look at the backstory of Harambe with Part Two of Safari Mike's history of Disney's mythical East African Port. 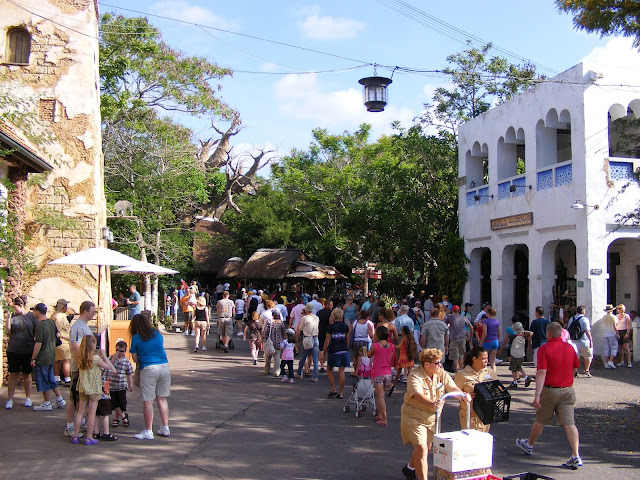 History is found throughout the town. Near the Dawa bar stands a minaret which is ready for use in Islamic prayer, a sign that all kinds of cultures came together (that is work together). The diversity continues to a small red mail box, a British mail box, a nod to the England's role in the colonialism of the area. Along the river banks and behind the Dawa bar is a turret where you can see the small huts and boats of the fishing fleet, at least the ones that are not out on the water. Unlike other areas which show a British touch, this area is of Portuguese influence, another colonial power of the area.  Dawa translates to medicine, which is a slang term in the region for strong alcohol. Dr. Dawa, as he dubbed himself, was the local business man who started the place. Many of the safari guides who catered to the rising tide of tourists would stop here after their journeys. This place used to also cater to beach goers. The beach was once a popular spot but as a nearby warning tells you the river's currents have become too dangerous. It is now for fisherman only. 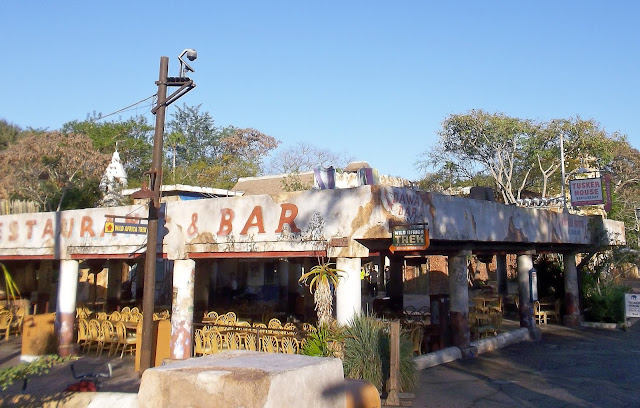 The town itself has grown around the nearby wildlife reserve. And with tourists come hotels, and Harambe has a few. There is the Hotel Shangilia (the word means praise) which you can see advertised near the entrance to the safari ride. There is also a sign for the Hafifu House, down Ngara Road, which is well, cheap. And, of course, there is Hotel Burudika, which translates to "be refreshed." The later is most popular with the younger crowds. You can see chairs and beach towels on the roof. A radio is playing and you can sometimes hear the young people talking and enjoying the day at the roof top lounge. The old Colonial governor's house has been converted into an upscale store, the Mombassa Marketplace. Next here is the last stop in shopping before your safari, the Ziwadi Traders. As you shop here, you will notice the decor of all sorts of important goods for heading out on your safari, canned items, binoculars, fishing poles, even the local newspaper, where apparently the Harambe Stars are involved in a World Cup qualifying match. 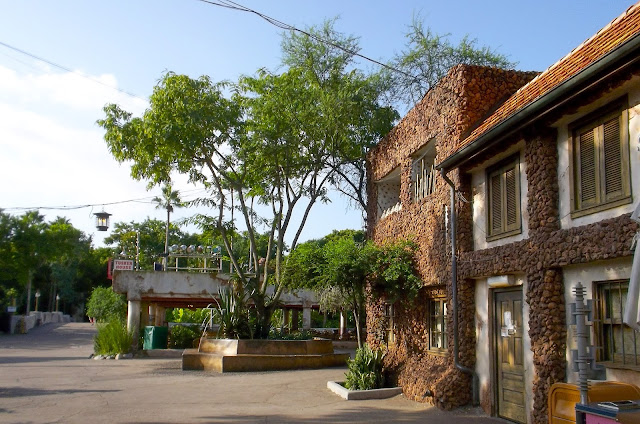 Modernity is slowly coming to Harambe, as well. Power lines can be found overhead. You can see a sign indicating computer training classes are available. Also, the National Telephone Authority is setting up phone lines. The design of the emblem was taken from a real life example in east Africa. In fact, the entire town was influenced by the imagineers trip to Lamu, an island off the coast of Kenya.  Like Harambe, most of the buildings are built from coral blocks (though in Disney it just looks like coral blocks).  Even the town's coat of arms shows signs of modern life, with a gear framed by tribal shields and lions, a symbol melding modern advances with cultural traditions and the natural world, an important theme in Harambe and a goal in many African nations.