The Story of Harambe Part Three; Looking Back at the History of Kenya

As we get ready for Safari Mike’s in-depth look at the backstory of Harambe, the mythical East African port in Disney’s Animal Kingdom, we continue our discussion on the history of the real East Africa.  Today we take a quick peak into Kenya, one of the great inspirations used by Imagineers during the creation of the park.

Germany handed over its claim on the territories which would become Kenya to Great Britain in the 1880’s, as part of a mutual agreement between European powers to avoid armed conflict over their territorial claims.   As a result, the Imperial British East Africa Company set up shop as a trade profiteer but soon became the areas de facto government as Britain attempted to steer clear of any direct governmental involvement.

But the Company, unable to avoid political and often violent unrest with settlers and native tribes, soon proved incapable of completing its most important task, the building of a railroad linking the coastal region to the area of Lake Victoria.  In 1895 Great Britain stepped in and assumed direct control of what they would call the East Africa Protectorate.    Construction of the Uganda Railway, across the length of Kenya linking Mombasa on the coast with Kisumu on the eastern shore of Lake Victoria, was completed and trains began operating in 1903.  (On a little side note, this railroad project also is famous for a pair of man-eating lions who killed dozens of African and Indian laborers during the building of a bridge over the Tsavo River.  The incident was made famous in the 1996 film The Ghost and the Darkness)


The building of the railroad forever changed the face of Kenya.  Not only economically, but also culturally as thousands of workers were brought in by the British from India, many of whom became permanent settlers throughout the area.  These Indian populations not only influence things like art and cuisine but also the political landscape, representing another non-white european interest in the countries political future.

In the early part of the 20th Century, white settlers in the tens of thousands were awarded land claims and began setting up plantation-style farms throughout the interior.  The millions of Africans already farming there were forced to work on these farms or leave for the cities.  Tensions began to rise between the British and large local tribal groups, including those from the Luo, Masai and Kikuyu tribes, and these tensions often turned to violence.  The Mau Mau Rebellion, whose origins come from the Kikuyu people, began in 1952 and would prove to be the most influential of the violent uprising leading to independence.

Determined to force white settlers from Kenya, the Mau Mau Rebellion was part terrorist campaign, part military engagement and part civil war.  But whatever conclusion one draws about the nature of the conflict, and it was one marked with horrible atrocities throughout, one thing is clear; the end of the conflict in 1956 essentially marked the beginning of the move towards independence.  In 1960, London announced they would hand over power in Kenya to a democratically elected government. 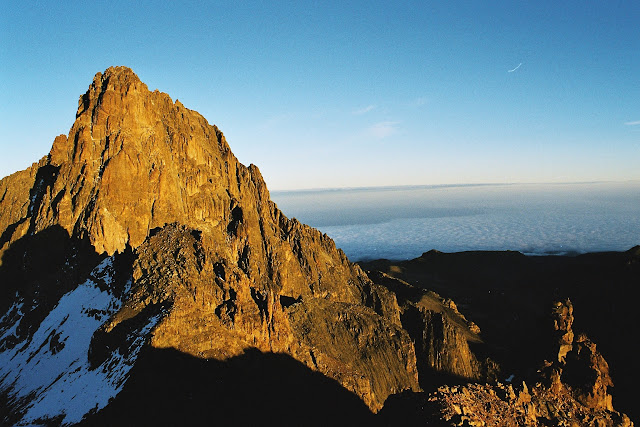 Jomo Kenyatta was a Kikuyu born in British East Africa in 1889.  His interest in politics began in 1924 when he joined the KCA, the Kikuyu Central Association which aimed to lobby London on behalf of tribal interests.  Kenyatta spent years in London writing, studying and speaking out on the perils of africans in their native lands.  He returned to Kenya after the Second World War and was imprisoned by the British during the Mau Mau Rebellion, though his direct involvement in the rebellion’s leadership is not entirely certain.  During his imprisonment he was elected president of the Kenyan African National Union (KANU) and upon his release in 1961 he emerged as one of Kenya’s most important political leaders.

The first Kenyan election was held in 1963 and KANU won the majority of seats in the newly formed parliament.  As a result, Kenyatta became Prime Minister.  A year later, Kenya enacted a new constitution and became a republic, with Kenyatta being elect to the presidency in 1964.  Over the years he consolidated power, turning Kenya into essentially a one-party government.  Kenyatta stayed in his office until his death in 1978  at the age of 88.  He was succeded by his Vice-President Daniel arap Moi, who served until 2002 when the newly elected Mwai Kibaki essentially ended the single-party rule, ushering in a new period of democracy in Kenya.

Like nearly all of Europe's former colonies, Kenya has had its bumps and potholes along the road of history.  Despite its struggles, Kenya remains a stable democracy.  And throughout the years its amazing natural beauty and incredible wildlife have helped to build a large and vibrant tourism industry, and it also drew Imagineers to revel in its wonders.

by Dave McBride (twitter: @RadioHarambe)
Posted by JamboEveryone at 3:05 PM