Last weekend, a new baby Reticulated Giraffe was introduced to the savanna at Kidani Village for the first time, and she certainly stole the show. 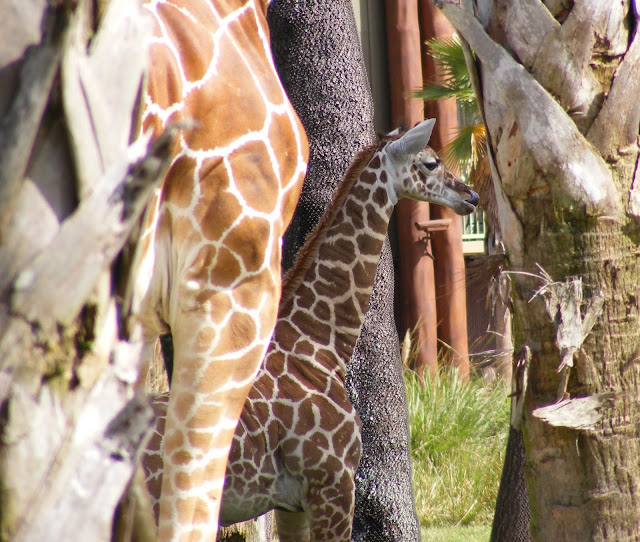 We were lucky enough to be staying at Kidani on the day she first mingled among the other savanna residents.  For weeks leading up to her introduction she was going through an acclimation process, which meant she stayed in her barn mostly in an open air pen with her mother just on the other side of the fence from the other animals. 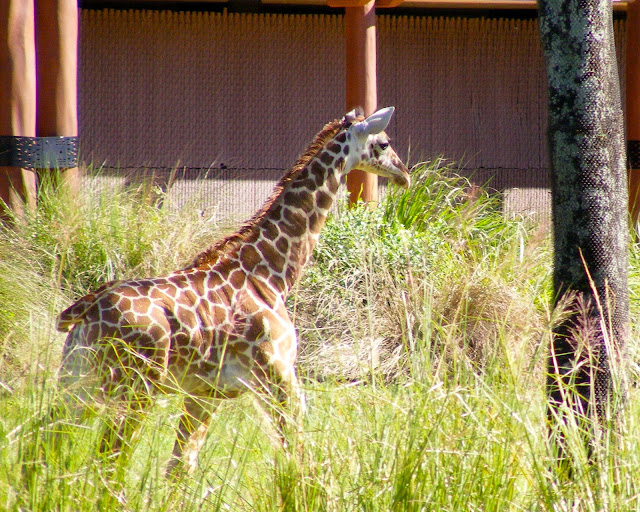 This gave the baby a chance to get used to the smells and sounds of Kidani Village.  But it also attracted the attention of the guests, as this little cutie, while far away from the viewing areas, was easy for all to see.  We could only hope she would make her way onto the savanna during our trip. 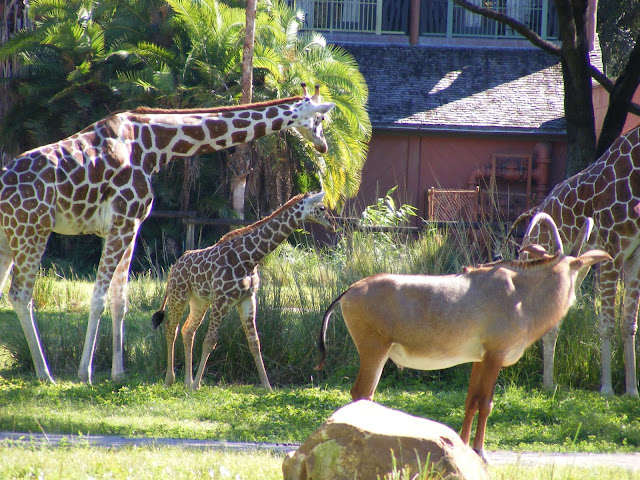 And that’s exactly what happened.  The day before check out, her and her mother took their first steps together out into the savanna, and it was thrilling and hilarious to watch.  Mom was never far from her side, but mom also seemed to have no problem with her little one learning a few of life’s lessons. 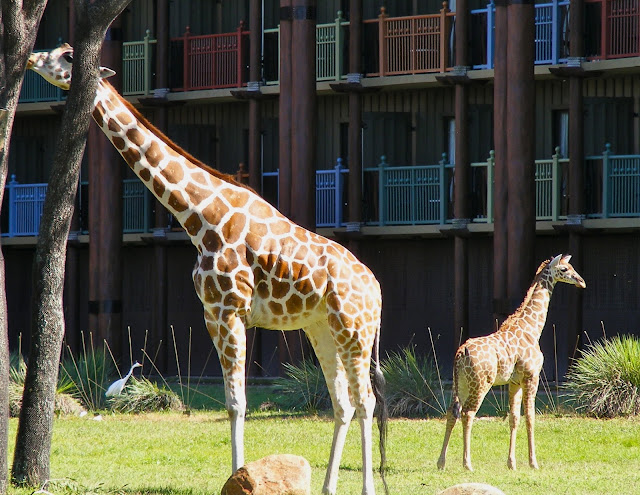 For instance, she was very curious about the other species.  Some of them, like the Ankole cattle or the African Crowned Cranes, didn’t seem to mind her curiosity at all.  However, she now knows not to bother a hungry ostrich, who chased her around the savanna after getting too close.  Mom just watched it all happen.  That was the last time the baby bothered an ostrich. 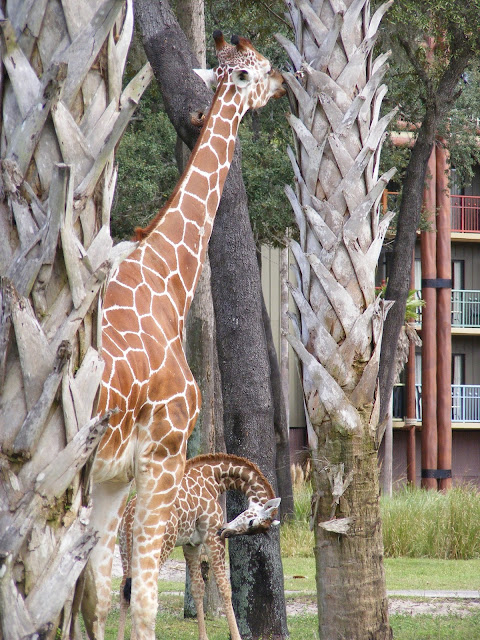 This is what makes Kidani Village and the Animal Kingdom Lodge so amazing.  You can keep your monorails and your giant animated sculptures.  Those are all well and good, but they don’t have baby giraffes!

Posted by JamboEveryone at 11:16 AM