There is nothing better than spending an afternoon, perhaps with a refreshing beverage in hand, relaxing in a rocking chair at one of the savanna overlooks at Kidani Village.  And this last trip, the cute meter was out of control with babies!  We told you already about the baby Reticulated Giraffe at Kidani, and now it's time for some photos of the baby zebra too. 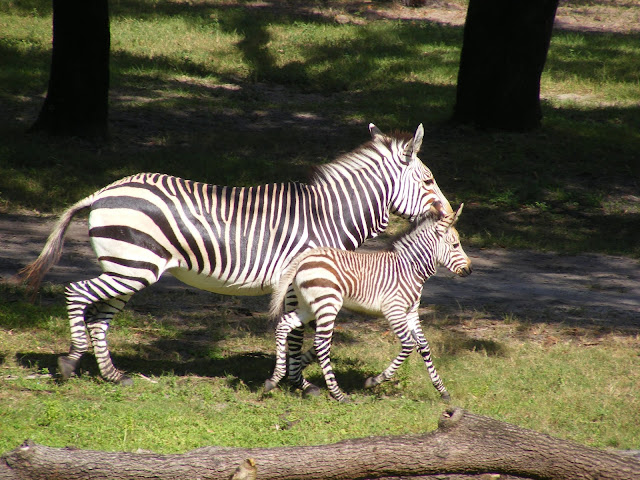 By the time we arrived at Kidani Village, this little girl had already been on the savanna for a few weeks.  And in that time, she had already earned herself a reputation as "a little troublemaker" from the cast members at Kidani. 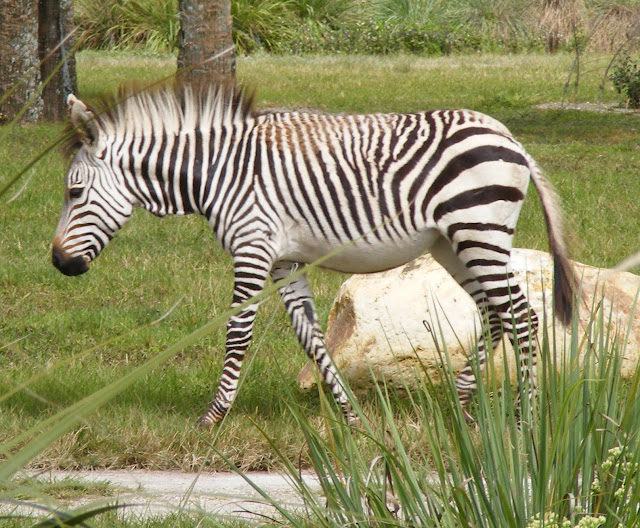 She was never far from her mother and fellow zebras, but it didn't take long to realize it was the "little troublemaker" who as doing most of the deciding on where and when the herd would move.  Often times if you saw the zebras walking across the savanna, she and her mother were in the lead. 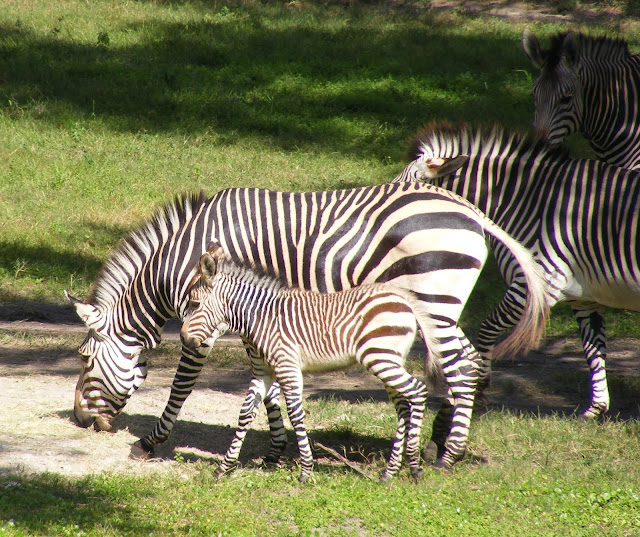 There is real "magic" found at Kidani Village, and this baby zebra is just another example.  And just in case you were wondering, her favorite things to do include chasing birds, rolling in the dirt, and napping...lots of napping.