Changes Coming to Festival of the Lion King?


This week Disney posted a call for performers to audition for Festival of the Lion King, providing the first hint of what is to come with regards to the show...

Disney Parks Talent Casting is seeking female vocalists for Festival of the Lion King, an African-inspired celebration of the music from the feature film. This original musical theatre production will be performed live in the NEW state of the art, indoor, 1500 seat theatre-in-the-round in Disney’s Animal Kingdom® at the Walt Disney World® Resort near Orlando, FL. This large scale, high energy production features singers, dancers, gymnasts and specialty performers. We are especially seeking performers with a diverse look for full time and part time positions beginning in April 2014.


The first thing we notice is the time frame.  Callbacks for these performers will take place right around the first of the year, with work beginning in April.  This does not mean the Festival will be closed from January to April, but it does tell us that fears of the Festival closing until summer may be incorrect. 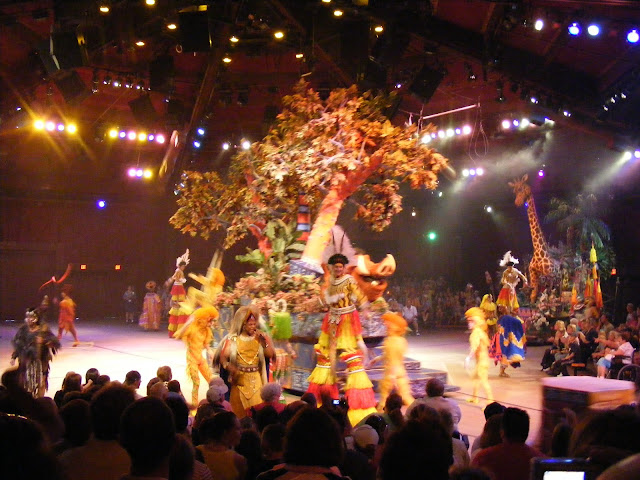 Also, I think we can conclude from these auditions that the show may, in fact, not be the exact same show we have grown to love.  Within the posting, Disney is basically looking for performers to fill every part in the show.  One reason why they would do this is because the roles, and perhaps the songs, are going to change, forcing the current performers to essentially audition for a new show.  We will keep you posted if we here anything else

Posted by JamboEveryone at 10:02 AM