We talk often about the small events Disney’s Animal Kingdom holds that are often missed by guests.  Events like Bat Day, which was celebrated on Halloween, are a staple in the parks calendar.  But every once in a while the Animal Kingdom will also host a cultural events as well, and they are often practicality unannounced. 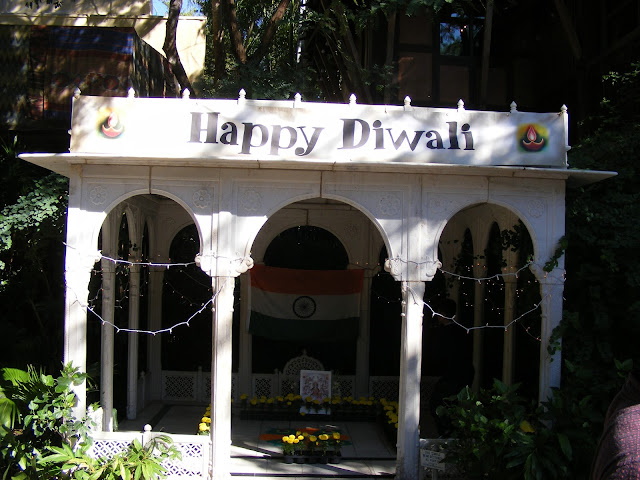 Just this past Sunday, the Animal Kingdom celebrated the hindu holiday Diwali in the Asia section of the park.  The “Festival of Lights” is a major holiday celebrated in many countries, including India, Nepal and others.  Besides the religious aspect, it is also a festival filled with family, music and cuisine. 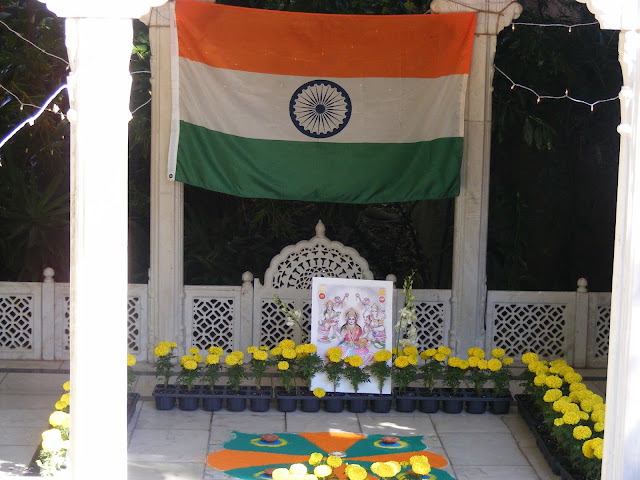 These are subtle events, but surprising and fun.  The decorated shrine pictured here was located between Flights of Wonder and the Yak and Yeti.  Also, down near Mr Kamal’s snack cart we found a culinary demonstration where a Disney chef was discussing and showing how to make samosas.  There was also some special music and other little additions to the events throughout the day.

Posted by JamboEveryone at 7:05 PM