Here is a long-shot photograph to give everyone an idea of how far along the construction project is on the new theater for Festival of the Lion King.  As you can see, this is a massive structure. 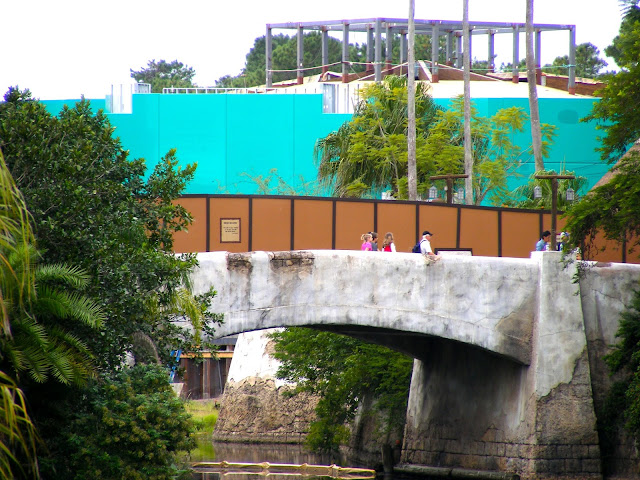 As you can see, the structure leads all the way down to the waterline of the river.  Here is a bit of close-up of that lower area... 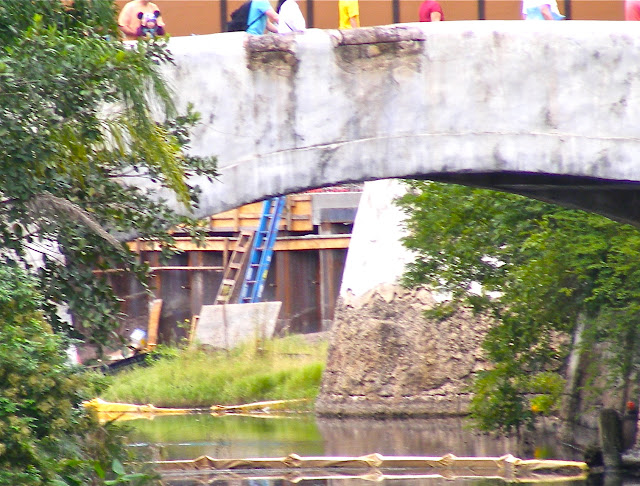 Why is that significant?  Well, we know there is a new "Rivers of Light" water parade coming to that river soon and we are expecting Disney to build viewing areas along the water, though they have not officially announced that.  At first, I assumed those areas would be part of this theater project.  Perhaps I am taking too much from the photo, but that doesn't look like any guest area being built there.  However, it's early days so let's not assume too much.