Some Pictures of Mosi

Remember a few weeks back when Disney put the name of its baby Masai Giraffe to an online vote?  Well, this little guy was given the name "Mosi" by Disney fans, and over the last few weeks he has certainly been the star of the show at Kilimanjaro Safari. 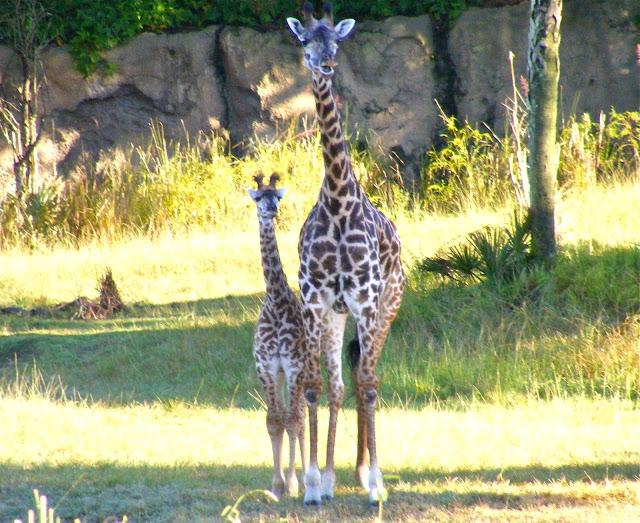 During the first few weeks of Mosi's time on the Safari, trucks were given the instructions not to stop near the baby, if it could be avoided.  Safari drivers were telling guests that they would do all they could to slow down enough to get everyone a photo, but that they simply did not want to intimidate Mosi or his mother by stopping. 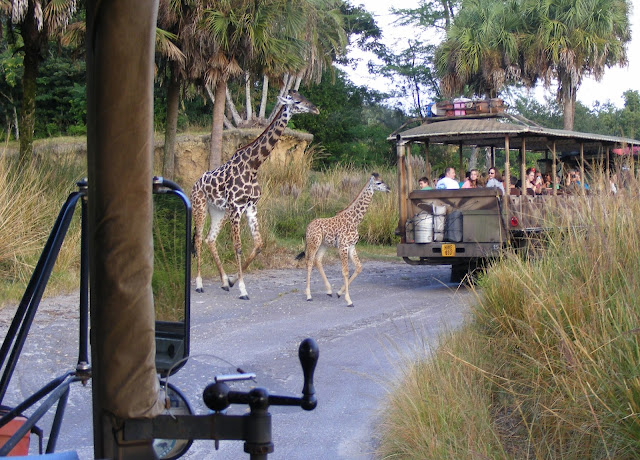 But you can see that neither were all that concerned by the presence of the trucks.  Mosi was perfectly happy, though never too far from his mother. 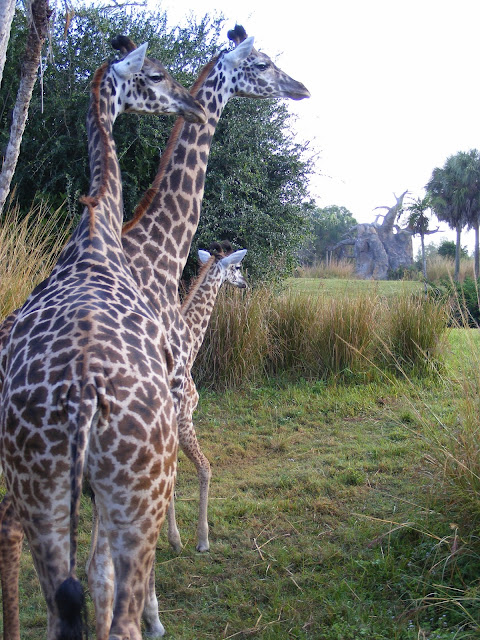 Most people who have traveled the Kilimanjaro Safaris trail are probably more used to seeing the Reticulated Giraffes.  We all remember how the the name comes from the latin word for "net", due to the pattern of their spots.  But it is the Masai Giraffes now that make up most of the population on the premier attraction of Disney's Animal Kingdom. 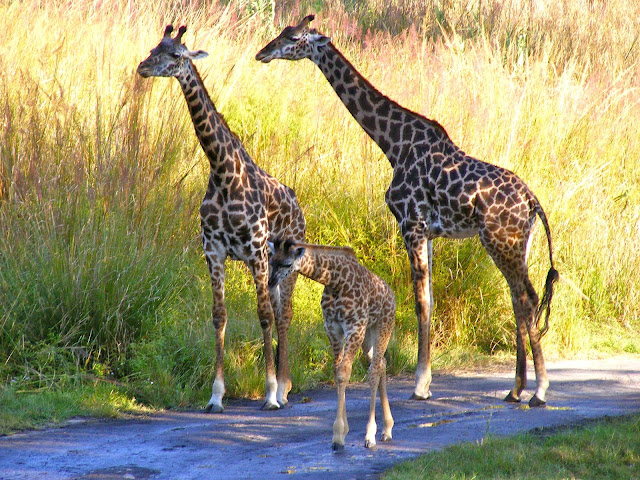 These beautiful animals are found mostly in Kenya and Tanzania, and there are only about 40,000 of them left in the wild.