A Photo for Today: Blurring the Boundaries

One of the big themes discussed on the Wild By Design tour is the concept of blurring or hiding the boundaries around the animals throughout Disney's Animal Kingdom.  The idea is to make visitors not think about cages or confinements, but to think about animals in their natural surroundings.  This photo below is probably the best example of that idea you will ever find. 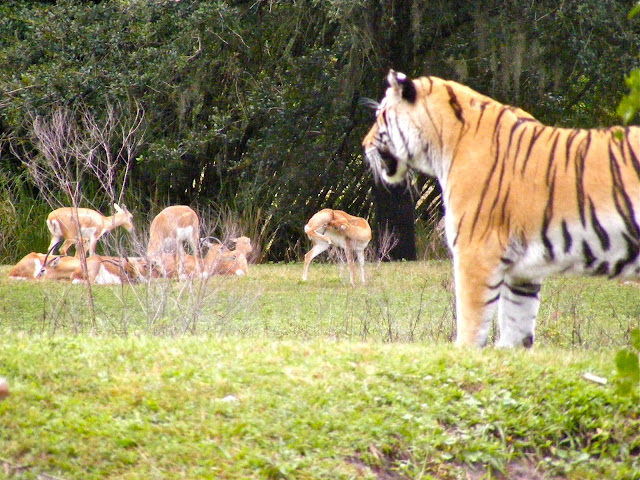 While it may not look like it, there actually is a barrier there between predator and prey.  We know that as guests, and it appears from their casual relaxing that the blackbuck in the background know that as well.  But the guest can occasionally get a peek into the real world with amazing exhibits like this.