We love the Animal Kingdom Lodge. It's our favorite resort. Obviously. And one of the reasons we tout it as such is all the amazing things offered by the resort, much of which is free, like night vision goggles and stories around the campfire. This past trip I got to try another of these offerings at Kidani Village, the African Inspired, Disney Designed tour. Its certainly under appreciated. We were the only ones who did it. 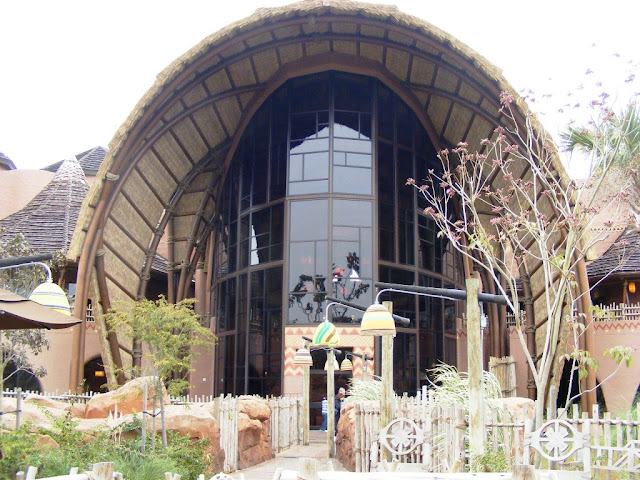 The tour started at 4:00 in the lobby of the resort. To me, its perfect timing. We finished morning touring, relaxed around the pool for a bit and were still an hour or so away from dinner and night time touring. It also only lasted about a half hour which was also perfect, Just the right amount of time to keep you interested and give you a real flavor behind the culture of Africa that "inspired" the tour. 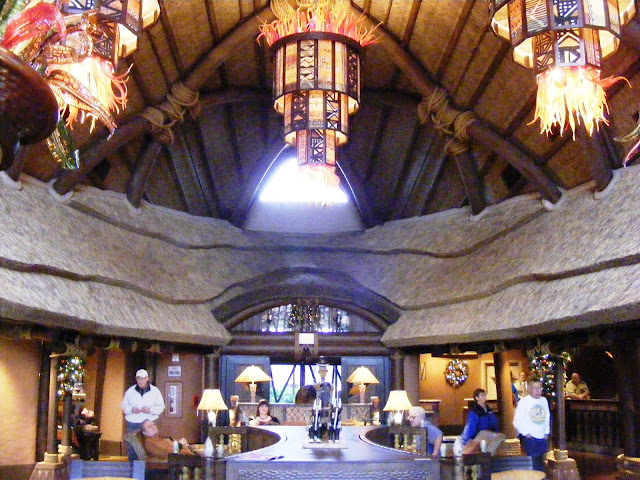 Annabella, who went by the nickname Tiny, started the tour in the lobby and then outside to see the wall of lanterns. Why the lanterns? Light is a sign of welcoming. She also showed my favorite rooms in the resort, the King's library which is just off to the side of the lobby. You will notice there are no books. Well, that's because in this culture, stories were passed along orally not by written word. That was how the history of the people and their stories are passed from generation to generation. 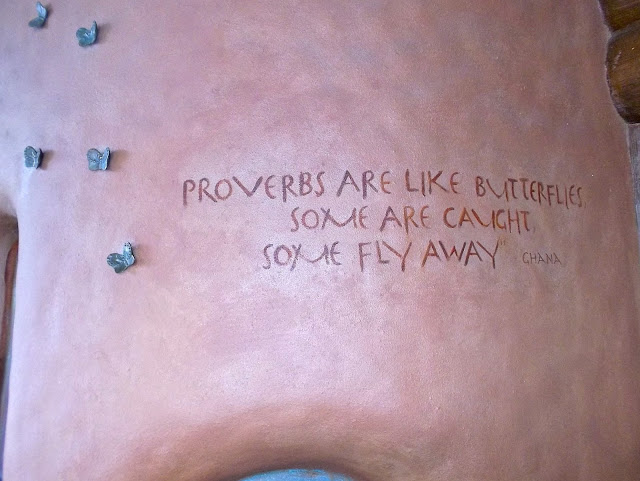 There was lots to see at the lobby, as well. I was particularly curious about the farming equipment behind the front desk. Apparently, that was currency in that part of the continent. It was essentially a barter system. Also, notice the proverbs written in the stone on the walls and even the paths. All of them are accompanied by little butterflies. Butterflies, you see, bring messages from the gods. Without this tour, you would never know. 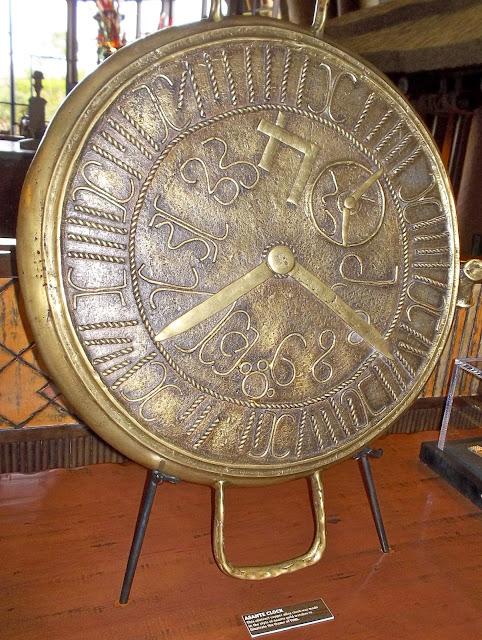 Our guide then led us down stairs to Sanaa where Mandisa, who is from Durban, South Africa, took over. We toured the restaurant and even stepped outside briefly. Sanaa itself is beautiful and rich in artifacts, more so than its Jambo House counterparts, Jiko and Boma. For example, on the wall in the bar are numerous beaded jugs. Each is patterned after an African nation's flag. 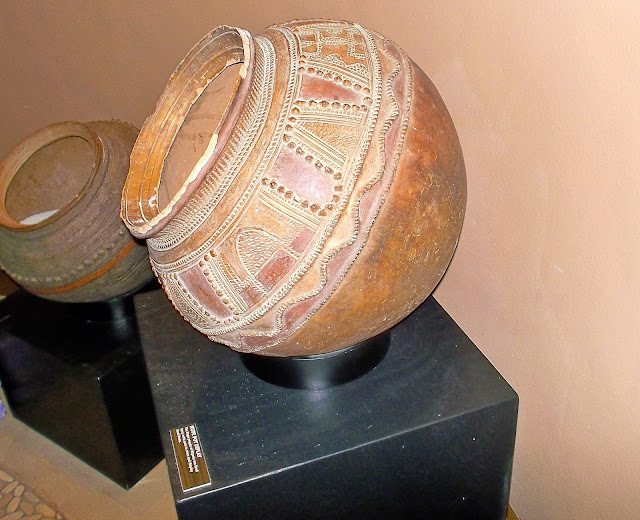 I cannot recommend this tour enough. Its free so you really can't go wrong. But, more importantly, you really get a feel for the resort. There is so much to see, that a half hour is not nearly enough but you get a great sense of what the artifacts are really about- especially the King's Library and Sanaa. And each guide brings their own background to the tour, so each time you go you may get something a little different. Kidani is essentially a museum dedicated to African folk art. On this site, you will see posts focusing on some of these artifacts. But it can't compare to seeing these pieces in person and getting the stories from the land from the people of the land.

Posted by JamboEveryone at 10:08 AM