When Safari Mike told me about the Kill Refurb Marry game, I couldn't resist.  So here we go, and you can post all your complaints in the comments section....


Kill:  The trick with the “Kill” category, at least to me, is finding that one attraction that not just needs help but also aggravates me to the point of just wanting to see it disappear. And the one that bothers me the most is Mission Space.  And it’s not because I pine away for Horizons, I don’t.  It’s because the concept of simulating man’s next grand adventure was so exciting and yet Disney missed the mark by lightyears.  I’m not talking here about the fact that they built an attraction way too intense for Disney vacationers.  That is an issue, but the real problem is the plain ridiculous storyline they came up with for it.  With an exciting concept, and a drop-dead-gorgeous show building, the experience itself is just a giant letdown.  And now we have a very expensive e-ticket with b-ticket attendance figures.  It’s time for Imagineering to blow it up and start again 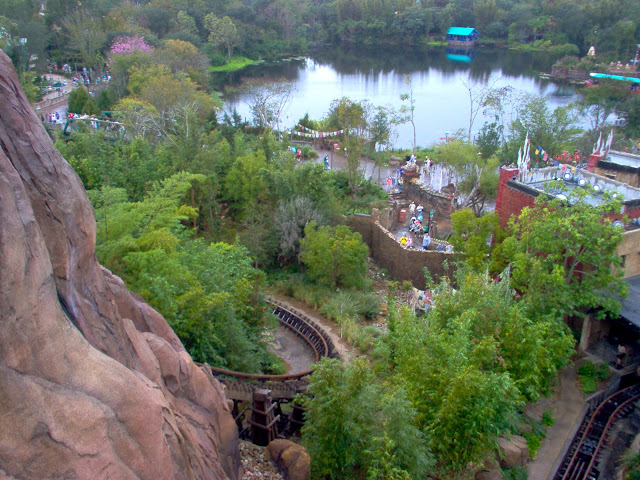 Refurb:  This category is tough, especially when we consider how many attractions seem to be hanging around Epcot and the Studios well after their sell by date.  There are probably 5 obvious candidates, and that’s just in Future World!  However, we are talking thrill rides here and when I think of refurbishment, I think of Disney FINALLY actually getting it right when “plussing” an attraction.  So what thrill ride comes close but just needs that little something extra to make it amazing?  To me, that’s Space Mountain.  Disney has tried on more than one occasion to bring Space Mountain into the 21st century.  But still, we have a kind of fun, yet largely antiquated, old-school roller coaster in the dark.  But Space Mountain cab be so much more

Marry: This one was probably predictable coming from me, Expedition Everest.  And I know what you’re thinking; this is the most obvious “refurb” candidate, what with the Disco Yeti and all.  But perhaps it speaks to the state of thrill rides at Walt Disney World these days that Expedition Everest is still, broken yeti and all, the granddaddy of Disney Mountains.  Nothing on Disney property has the grandeur and scope of the Forbidden Mountain.  It is the most amazing show building, the best storyline, and clearly the most researched and detailed of all the Disney thrill rides.  Sure, it may have been better in years past, but if that were a reason not to like thrill rides than we can pretty much eliminate half of Disney’s attractions.  And Joe Rohde has vowed to return life to the yeti some day soon...

Posted by JamboEveryone at 12:17 PM