One of the most striking mammals on the planet is the red panda. It is called the fire fox by some, and the name seems obvious. However, it is no fox. Instead it is more closely related to the giant panda and the raccoon. The beautiful tail helps it steady itself in the tress, where it spends most of its time. The red panda has retractable claws, as well. They love bamboo, but unlike the giant panda, it will supplement that with seeds, berries and other items. Also, like the giant panda, they have a special wrist bone that helps it to grip bamboo stalks. 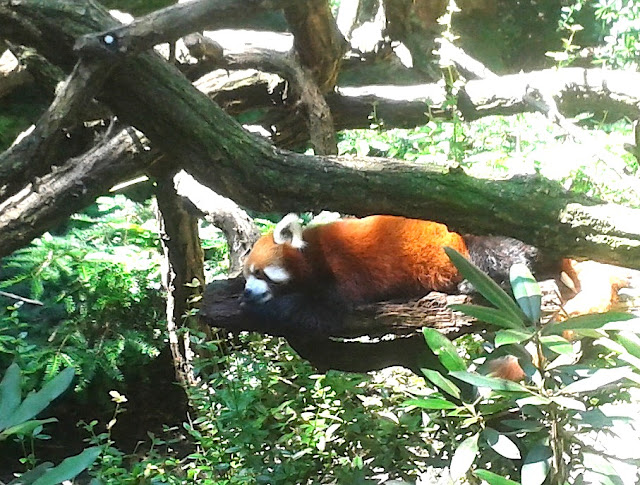 Habitat loss is the biggest threat. As bamboo is lost, critical habitat and food is lost to this animal. And, as you can probably imagine, the animal is poached for its coat. The pelts are used for clothing and hats. In one area of China, hats made from red panda pelts are still given to newly wed couples for good luck. Organizations like the Red Panda Network are doing their best to educate the local populations on just how special this species is.