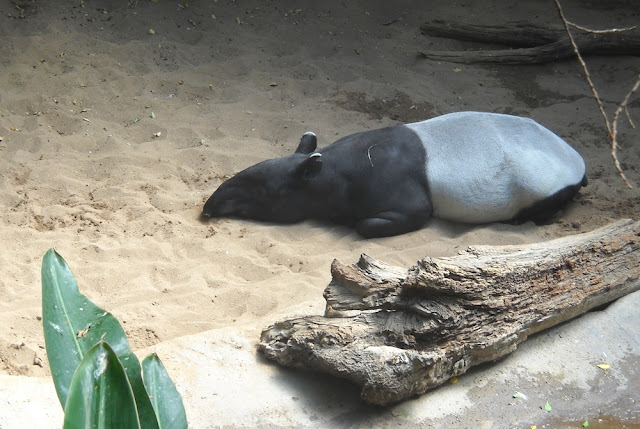 Not a single species, but a group of animals, tapirs are personal favorites of mine. The Animal Kingdom once had a female Malayan tapir in the Maharajah Jungle Trek. But sadly, she passed away and was not replaced. Her exhibit is now occupied by Asian waterfowl like bar-headed geese. Tapirs look like a cross between a horse and rhino, and that isn't too far from the truth as all three are in the same family. They have a distinctive flexible snout used to pull off vegetation and as a snorkel as the animal loves water. 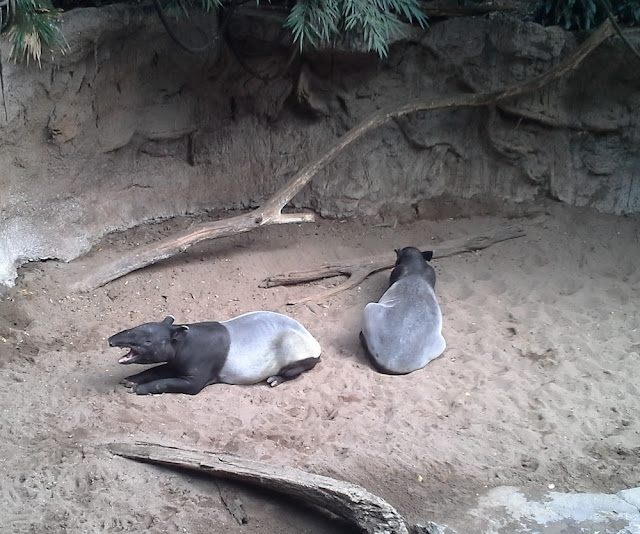 With an ancestry dating back over 50 million years, tapirs are essentially living fossils having remained virtually unchanged in that time. There are five species worldwide and all are threatened with extinction. The Malayan tapir is the only one in the old world and looks much different from the 4 South American species, which are mostly a solid brown in coloration. Oddly, babies look the same in all tapir species, being ruddy brown with watermelon like white stripes for camouflage. By the way, this year saw the addition of a 5th species of tapir, as the Kabomani tapir of Brazil and Colombia was identified by scientists. It is the smallest species weighing in at about 240 pounds while the Malayan is the largest, topping out at 800 pounds.

The Tapir Specialist Group is working to help save tapirs and their habitats throughout the world.  The have been recipients of funds from the Disney Worldwide Conservation Fund, but you can also help them by donating at tapir.org.