This is a Baule Goli Antelope mask which is located in Kidani Village. The Baule tribe is a farming based culture from the eastern half of the Ivory Coast. They are part of the Akan culture which is one of the largest ethnic groups in West Africa. The Akans dominate both the Ivory Coast and Ghana. 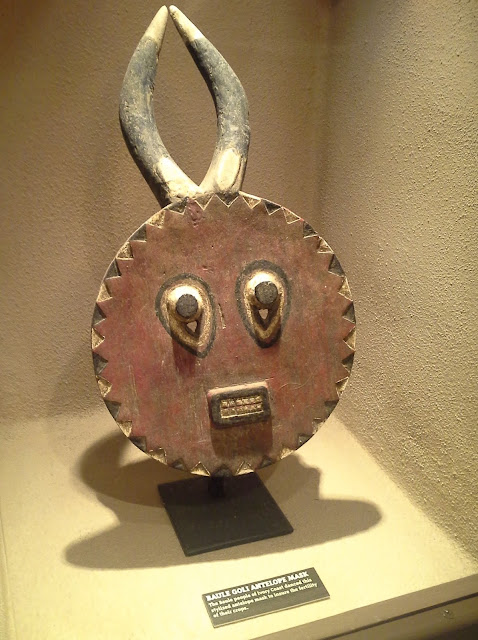 The Goli is a day long ritual attended by the entire village. It involves dancing and the consumption of lots of palm wine. The goli is used both for celebration, such as with harvest time, impressing visiting dignitaries, or during the funeral of important people. The masks have very round features, symbolizing the power of the sun. They often have the horns of animals such as buffalo or antelope which is symbolic of power. Square mouths are also common in these types of masks. This particular mask was used during harvest rituals to help ensure fertility of the crops.