Once again our friends over at the Happy Place Blog and Mouse on the Mind are doing a Kill/Marry/Refurb game. This time around we are doing aerial spinners. And well, I am loathe to miss a chance to play, so here it goes. As a friendly reminder, the rules are thus: One thing you kill off entirely, one thing you rework a bit and one thing you hold onto til your dying day.

Kill: This one was hard because frankly, I kind of like spinny rides. Yes, I am a child at heart. But if I had to kill off one I suppose it would have to be The Magic Carpets of Alladin. I really don't have much of an issue with it except that it doesn't really fit in. First of all, it clogs up the Adventureland path like no body's business. I mean if this thing was even an inch bigger it wouldn't have fit at all. But more importantly, it really doesn't fit the theme. Adventureland is the land of tikis, jungles and tropical pirates. It's not the desert. So, blow it up. I wants a clear path to citrus swirls. 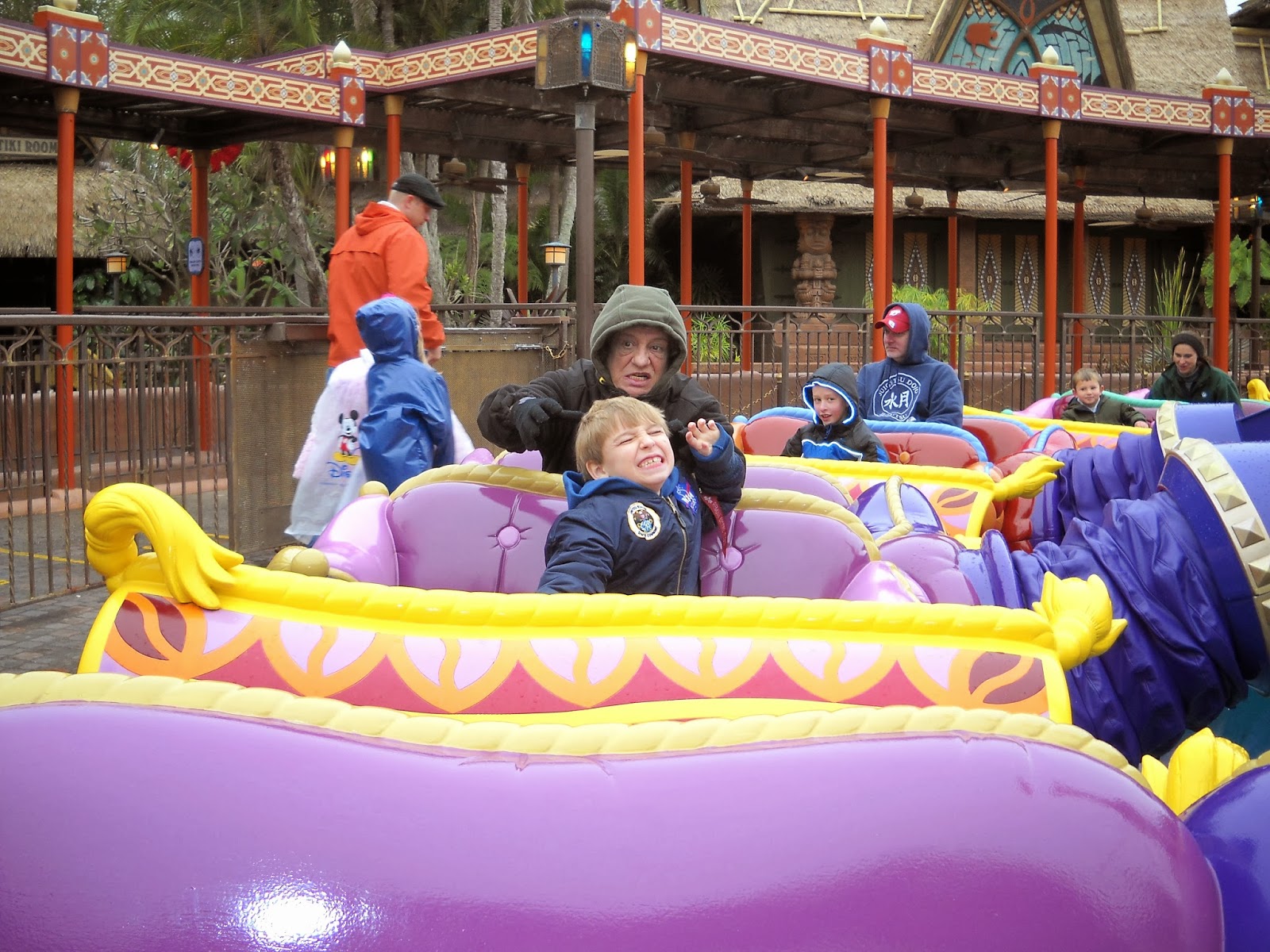 Marry: Triceratops Spin, of course. Before I get accused of home field advantage here, let me make my case because I know I very well may be the only blogger to put this one in the "Marry" column. First of all, I know many of you have no use for Dino-Rama, but yes I love the entire land. Its kitschy and fun and incredibly well themed. You are supposed to be in a cheap little side of the road attraction. You are riding triceratops. I mean, it would have been easy to use pterodactyls or other flying prehistoric critters. But nope, you are riding the elephants of the cretaceous (homage to Dumbo?). AND its narrated by Chester and Hester, with each of the old business gurus taking a turn. And let me tell you, at night, the whole place is magical. So take that detractors, I am marrying the dinosaurs. 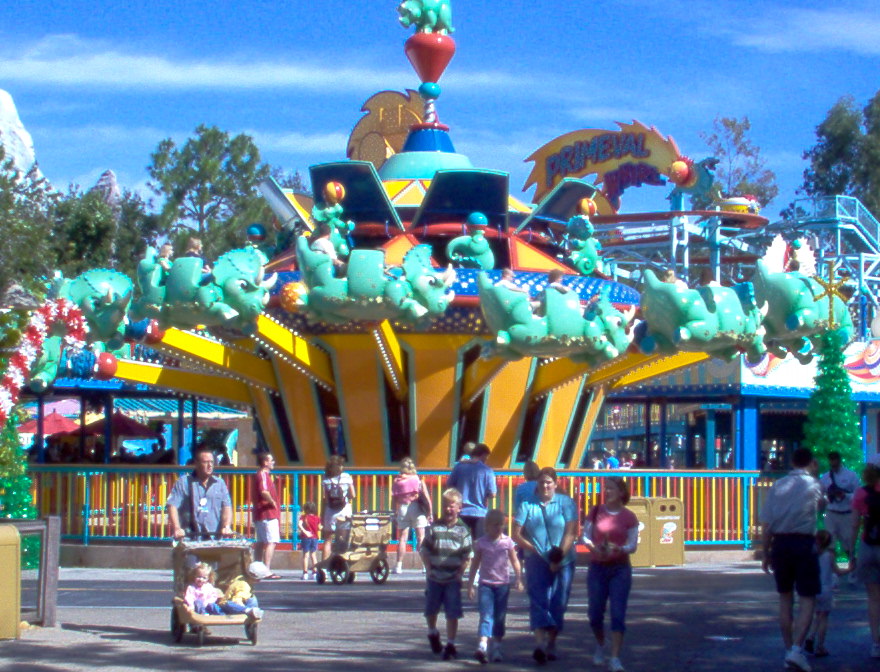 Refurb: I am going to refurb the old Astro Orbiters, because it needs it. The ride is getting a little long in the tooth but its one of the best parts of a pretty sad Tomorrowland. Its perfectly themed, but it desperately needs a paint job and new cars. Those bad boys are hard to get in and out of. Anyone over the age of 12 can testify to that. Throw in some good music and maybe some new effects and we're in business. And maybe while you at it, figure out a better queue.