A Review of "Live in the Village' by Wassalou

As we told you earlier in the week, a new CD from Wassalou, known in Harambe as the Burudika Band, is now available.  I’ve had it for a couple of days now and just wanted to share a few thoughts on it with those of you who have been, like me, waiting for this.  (And remember, info on how you can win your own copy will be coming soon...)

The disc is called “Live in the Village” and the name spells out a major aspect of what the band was looking to portray.  Even though this is a studio recording, the band is trying to recreate the vibe of their live performances at Disney’s Animal Kingdom.  And they pull it off perfectly.  Put this disc on, close your eyes, and your are right back in Harambe!  Those of us who can’t get to the Animal Kingdom every day just couldn't as for more. If you are familiar with their shows, you will recognize just about each and every track.  Every song I could have asked for has been included in this collection, and the performances have a truly “live” feel to them.  The guys even include some of the narration you might remember, including dances and audience participation stuff which will certainly make you smile.  (Seriously, once you put this on for the first time clear a spot in the living room for boogie-space!) 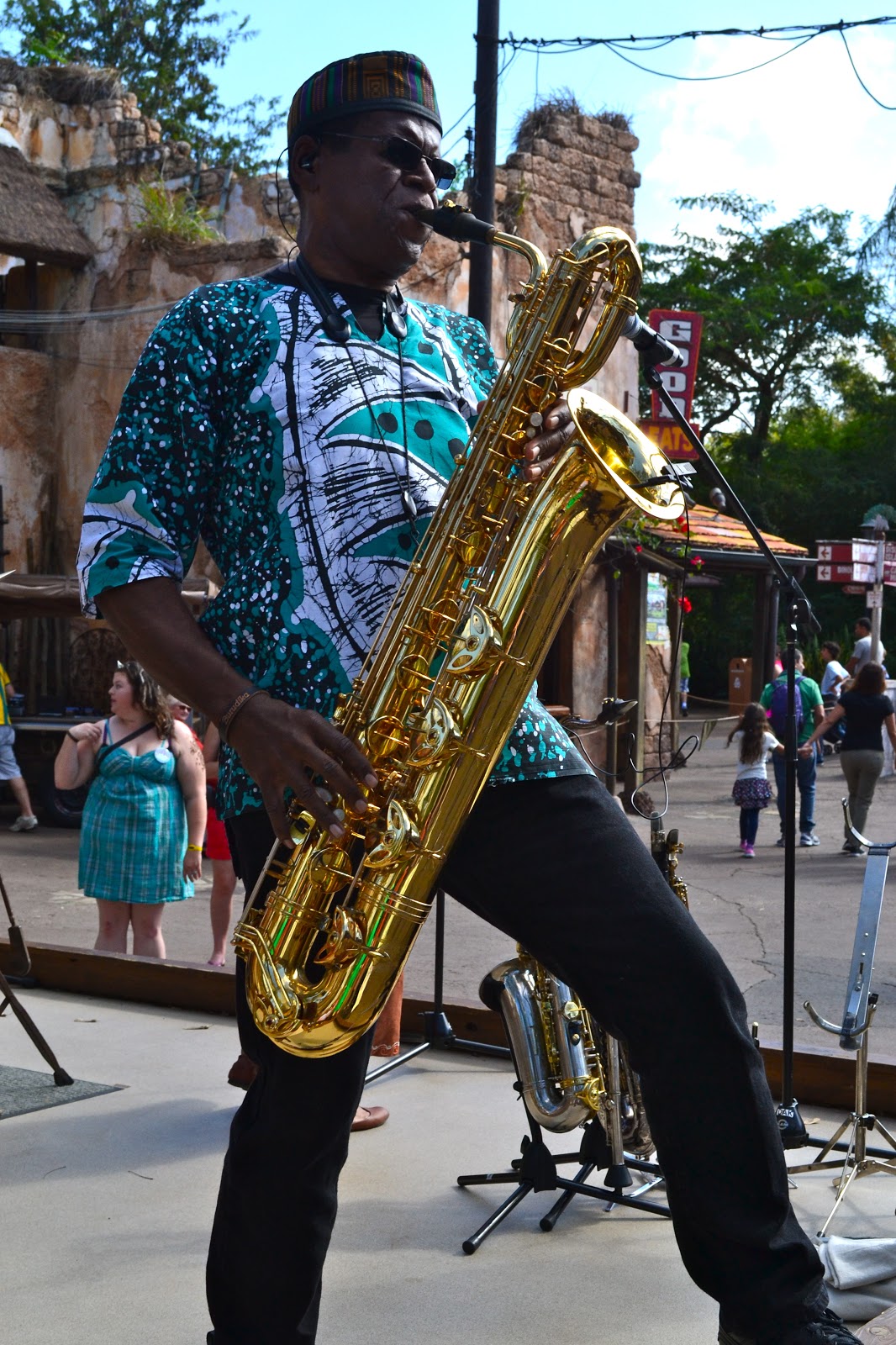 It’s hard to pick out any stand-out tracks as one is better than the other.  You will certainly recognize a few right away, such as “Lion Sleeps Tonight” and “Waka Waka”, with the latter greatly improving on the hugely popular original.  But my personal favorites are where they bring that serious Afro-Pop groove.  Songs like “Mama Oule Oule” and “Ikolo Kolo” are absolutely infectious, and “Makoti”, written by singer Nathi Gcabashe, is just terrific.

From what I have been told, this disc will soon be available outside the Animal Kingdom, and as soon as I get any information as to where and when you can buy this online I will pass that info along.  For now, it should be available at the Mombasa Marketplace.  And as I said at the top, we have a few of these to give away in the coming weeks so check back here, on our Facebook page, Twitter feed and the Radio Harambe Podcast.

by Dave McBride
Posted by JamboEveryone at 1:04 PM