These masks are used by the Bamileke people of Cameroon. They are created from wool and cloth panels stitched heavily with beads. The form demonstrates the trunk along with the typically big ears of the african forest elephant. The form symbolizes the animal but the face is distinctly human with nose and lips and holes for the wearer's eyes. 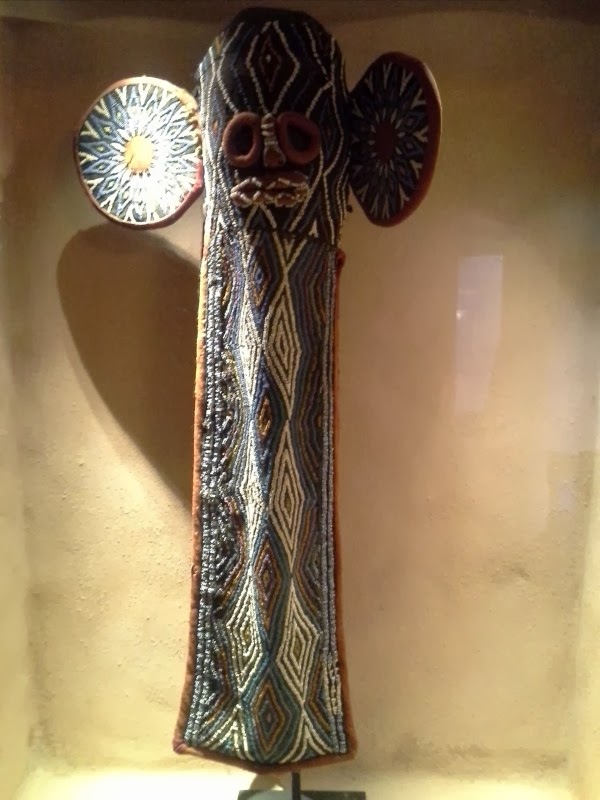 This tribe is governed by a chief who is said to embody the spirit of a powerful animal such as an elephant or a leopard. They wear these masks during rituals where the chief dispenses justice. The elephant mask is a show of power by the wearer.

Within the tribe are societies. One such society is the Kwifo, which acts as the chief's police as he hears complaints and other issues from his people. As the chief's agents, they will also act as arbiters for the people.