Two different forces have come to together and now a new meet and greet is heading Dinoland USA's way. First, the intense popularity of the Long Lost friends week during Limited Time Magic have made obscure characters a serious commodity. Just ask Slim and Gypsy about that. Second, Camp Minnie Mickey, the focal point of character meet and greets is gone, spreading the love of these attractions across the Animal Kingdom landscape. 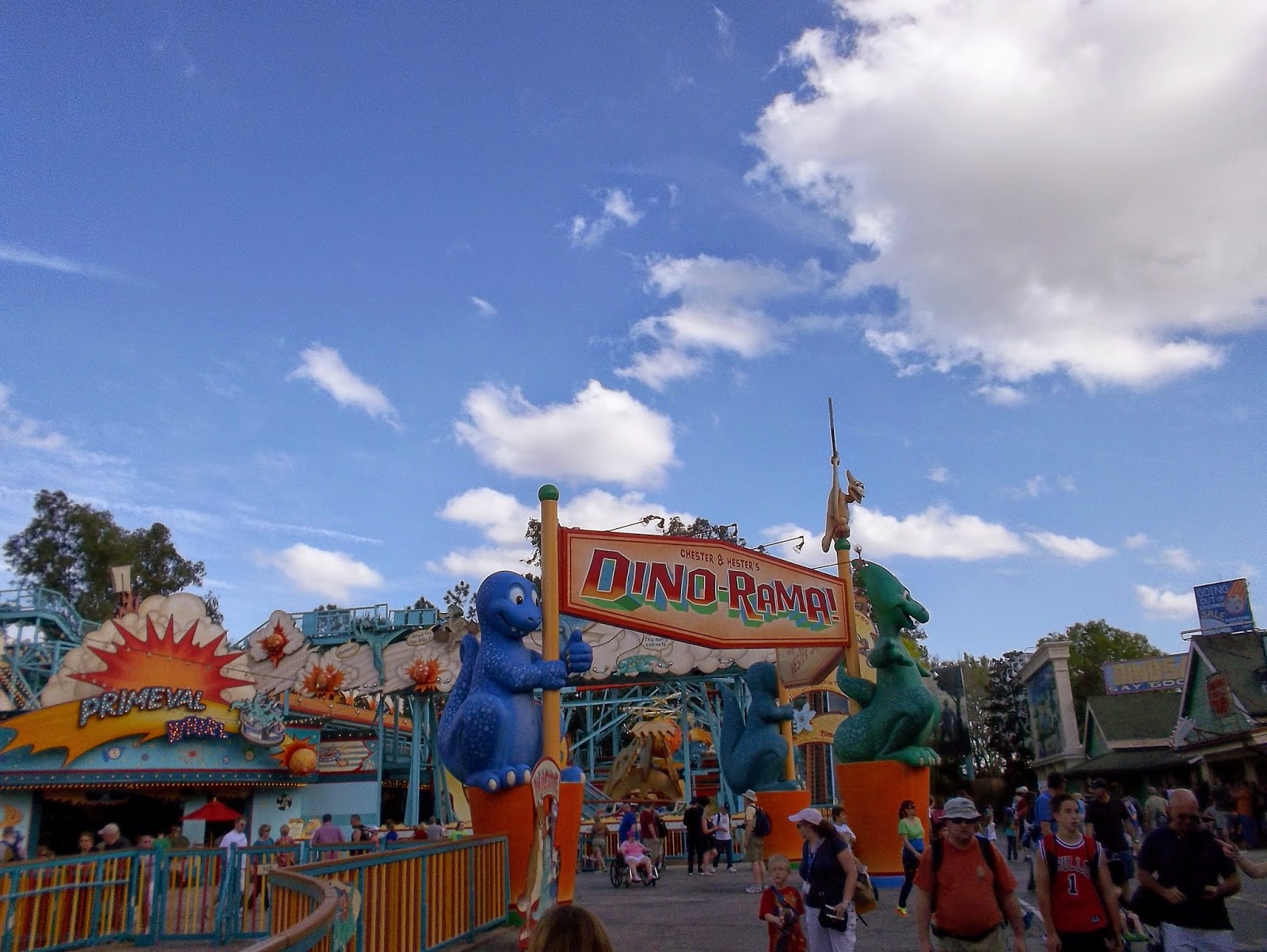 So, Disney is getting ready to spring some old "friends" back at us at DinoRama. Those silly, campy dinos will be coming back, meeting folks out front of Chester and Hester's near Primeval Whirl. It not T-Rex and Roxie but the later Carnotaurus (the brown one) and Conniesaurus. 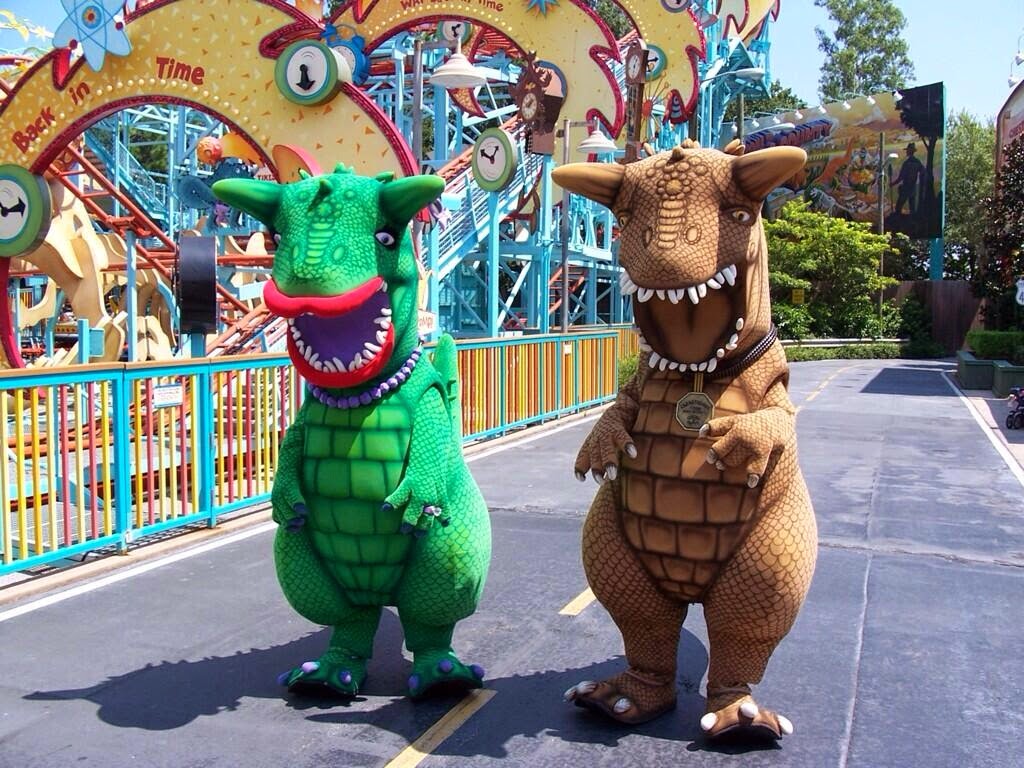 The times for this will likely be later in the afternoon so as not to conflict with the dance party that happens in the early afternoon. We are hearing start times at 2 pm with they characters stopping around 5 pm. That, of course, is not set in stone - no pun intended.

By SafariMike
Posted by Safari Mike at 10:14 AM