The story of Restaurantosaurus goes back many years. The building you see was actually at first a fishing lodge just off the old Diggs County Route 498 (remember Animal Kingdom opened in April 1998). It was a quiet respite for anglers with the only nearby business being the gas station owned by Chester and Hester. One day, however, an amateur paleontologists discovered a fossil. After taking it to some friends, it became apparent the place could be an important scientific find. They bought the simple lodge in 1947. 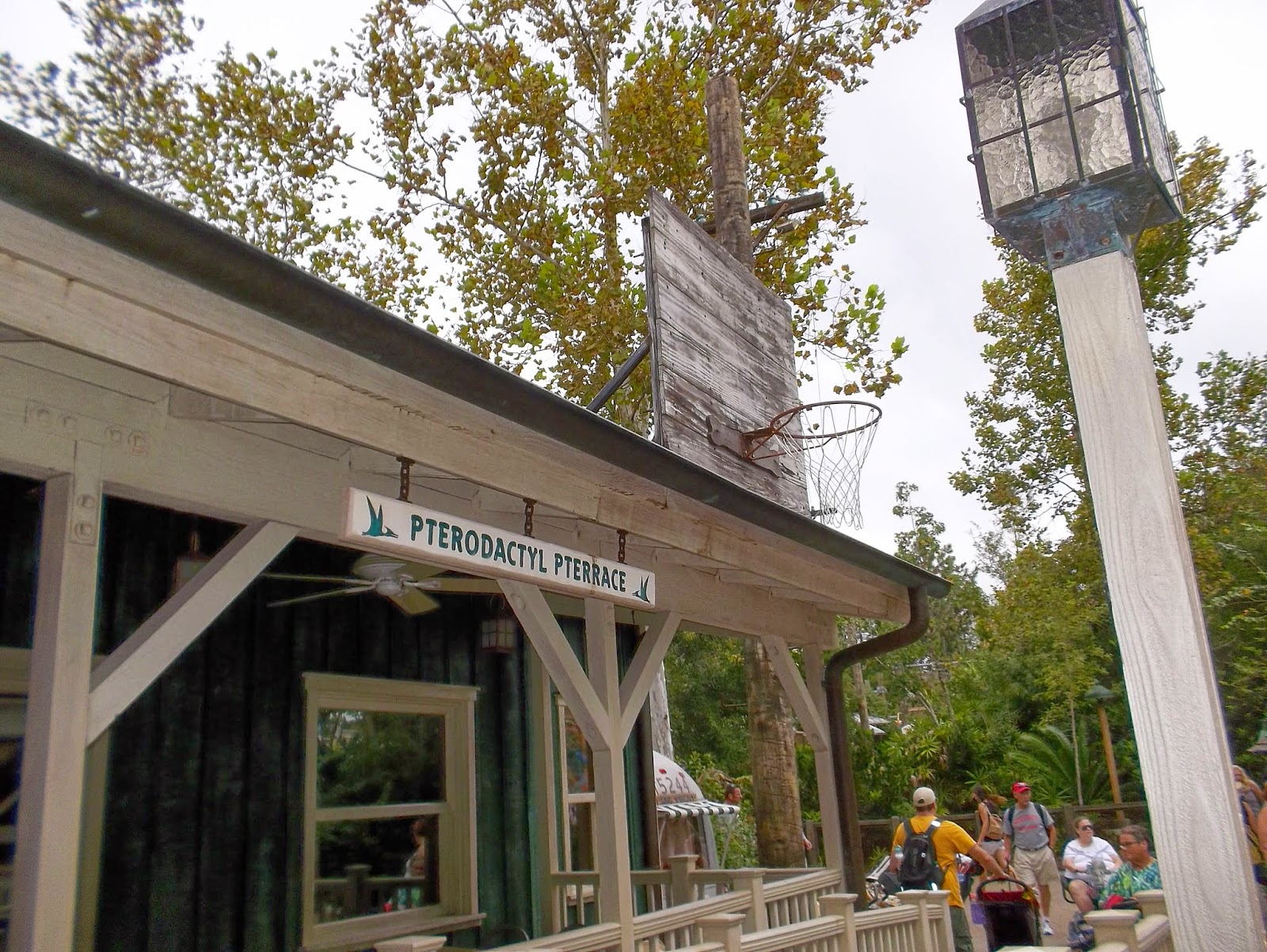 Over time, it became a visitor's museum, the first Dino Institute and, now, a club house for students. At first, as tourists began to move in, the professors wanted a little visitor's center to help teach the people about what was being found here. As more and more finds were made, they were added to the center. Thus, it became a mini-museum. This is the big room with most of the fossils and wall mounts. Indeed, many of the artifacts that were placed there years before still can be found on the walls and shelves of this room. Eventually, the finds grew too numerous for this small room and another museum the Dinosaur Jubilee was eventually opened (although that is gone now). Eventually, the Institute itself grew too large and amazing technological advances were being made. So the new Institute, dedicated on April 22, 1978 (exactly 20 years before the Animal Kingdom opened) opened, and the old lodge was left to the students. 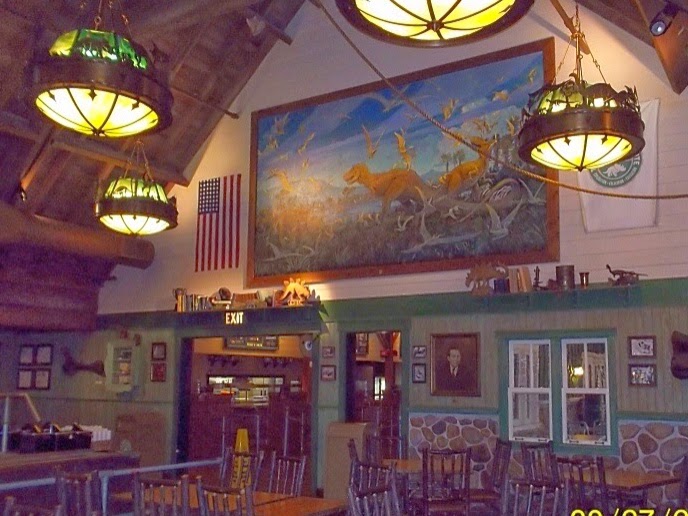 The building is both the dormitory and the commissary for the students at the nearby, state of the art Dino Institute. Now, the students and the Institute itself are looking for a new flow of case, so the student cafeteria has opened to the public. The students, being who they are and looking for a little humor where they can, have changed the simple "Restaurant" sign and added an "osaurus." Look around and you will find a lot of added "osaurus"es. They even added a counter simply called Dino-Bite to sell ice cream to passersby. 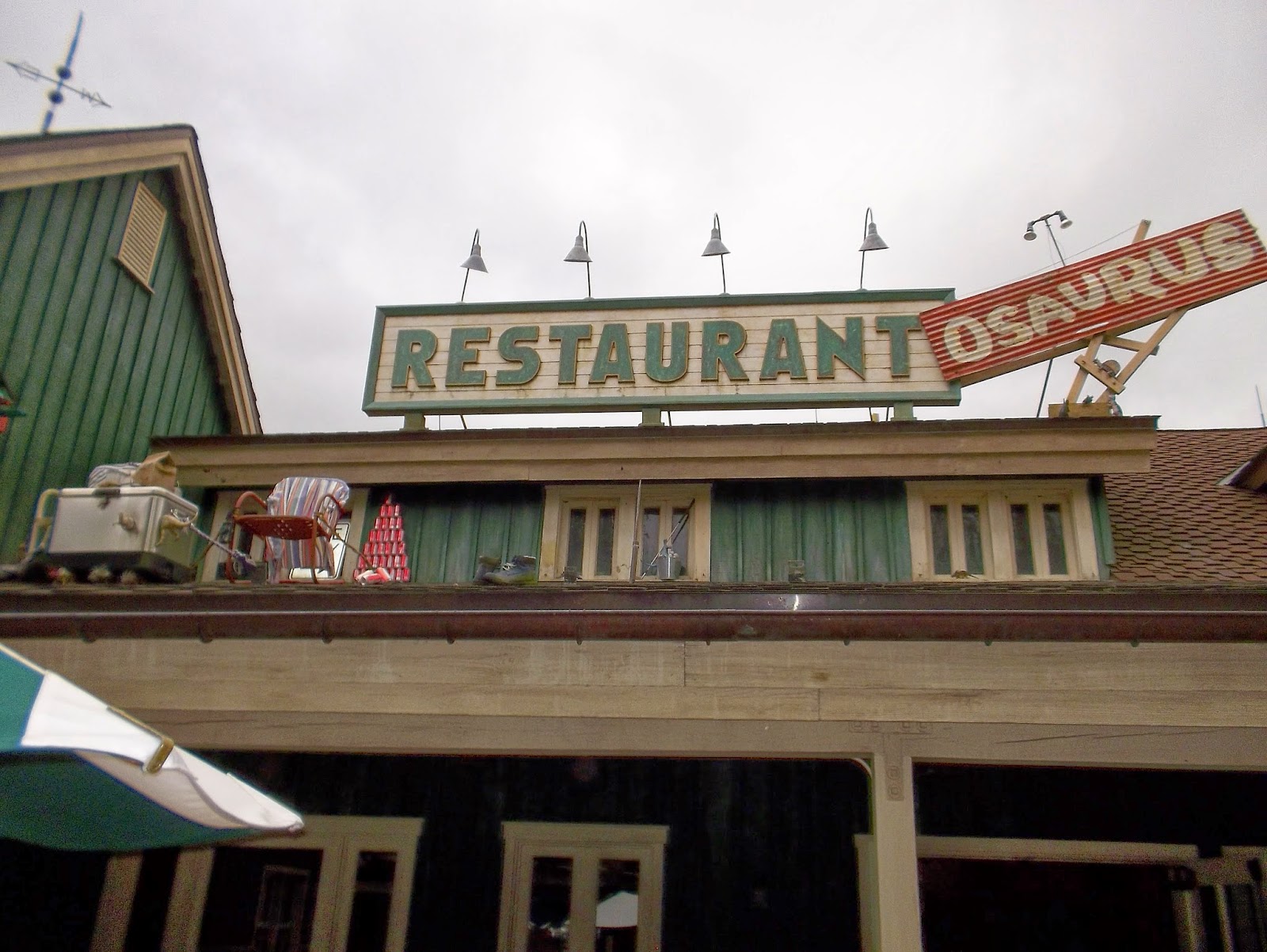 From the outside, the lodge looks like a hodgepodge of history. There is the water tower with suction cup arrows. The students living here have developed a game of sorts, firing the arrows at the tower. They have devised a clever way of getting the arrows down through a bucket system. All along the outside of the old lodge you can see how the students have made the place "campy." Also, if you look on the roof, you will see how the students spend some spare time in lawn chairs next to a cooler. Some of those chairs are directly across from the water tower that acts as target practice. 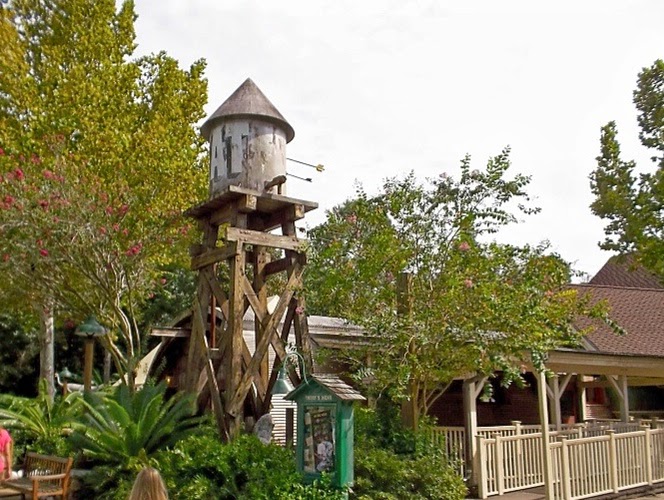 There is a lot of student touches throughout the inside rooms, as well. One map displays where you will start digging and if you keep digging where you will pop out on the other side of the planet. Another street sign on towing cars has been "converted" to warning on the dangers of meteors. And then, there is Hawaiian shirt which is referenced in several places both in and outside of the building. A pterodactyl, which is a holdover from the museum days, has a "I (heart) flying" necklace. 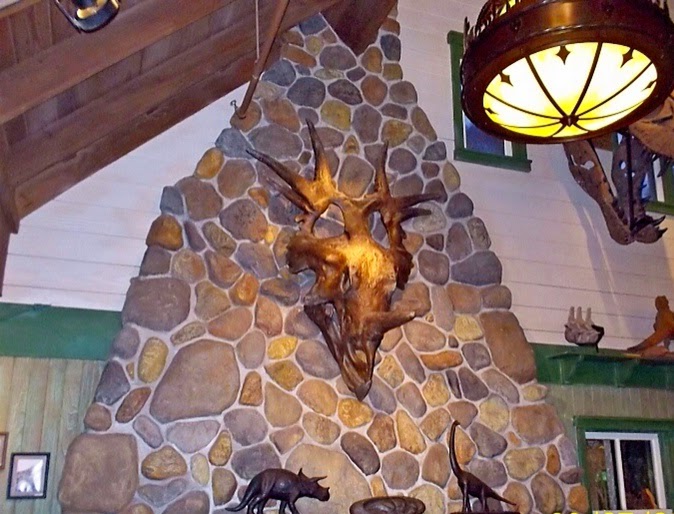 Rooms have been added on to the old lodge over the years as the needs have changed and the Institute has grown. And that story is told throughout the eatery. For example, in the older room a very old fashioned pay phone is bolted to the wall. In the "newer" rec room, imagineers have placed another pay phone, but this one is more modern reflecting the idea that the room that phone is in is indeed much newer. 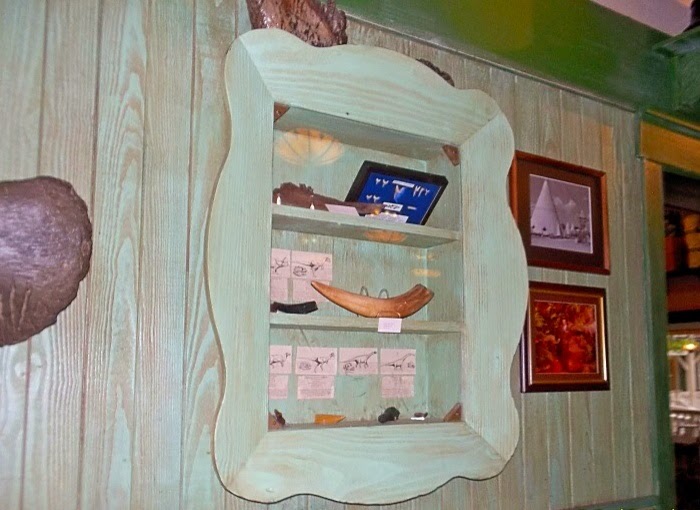 Imagineers have also placed a portrait on the wall. This is Clarence P. Wilkerson, and his picture hangs in what was at one time the museum. He was an early benefactor of the Institute. Across the room are numerous other photos of men hard at work. There is also a picture of another man walking amongst dinosaurs, AudioAnimatronic dinosaurs. Of course, its Walt Disney himself and his dinos from the World's Fair and then Disneyland.