For better or for worse, Disney's Animal Kingdom is chuck full of Disney characters. From the beginning, Disney highlighted the classic Jungle Book, the not yet released A Bug's Life, and, of course, at the time fairly recent mega-hit, the Lion King. There was a show based around the even more recent Pocohontas (although not nearly the hit Lion King was). And since then, the use of characters has not subsided. Anyone remember Tarzan Rocks? To those that do, I am truly sorry. Countdown to Extinction was renamed to incorporate characters from the just released and quickly forgotten Dinosaur film. And now Pixar classics Finding Nemo and Up have become integrated into the park. 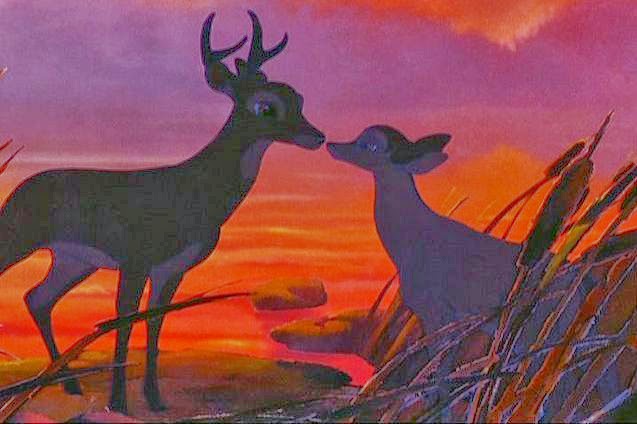 So where is Bambi? After all, it was one of the first Disney movies to have characters that really were anthropomorphic critters (Dumbo was released just ahead of it). It was Disney's 5th full length animated film and Walt spared no expense getting the animals right. He had deer from the Los Angeles Zoo brought in so the animators could study their movements for the film. And it worked. The film itself is beautiful. The backgrounds of the forest are lifelike, like the characters, which would become a hallmark of Disney's animal themed films in the future (like Jungle Book and the Lion King).

But even more important, is the message. We all know the heart wrenching scene of Bambi's mother being shot by a hunter and the visual effects surrounding the forest being set ablaze. It is one of the first animated films (if not the first) to incorporate a social message within it. I mean this is for kids right? A hunter killed Bambi's mom. That was hardcore back in the day. Now, conservation messages are much more common but this film came out in August 1942.

So clearly, this film is important in the Disney library. And its certainly an important piece of environmentalism film making. So I ask, where is it in the Animal Kingdom? It seems a perfect fit. It feels like (at least to me) there should be a presence in the park. Why was there nothing in Camp Minnie Mickey? Why is there nothing at Rafiki's Planet Watch? Let's be honest: Bambi is way more important than Tarzan or Pocohontas or Dinosaur, and those Disney films have a or had a major presence in the park. 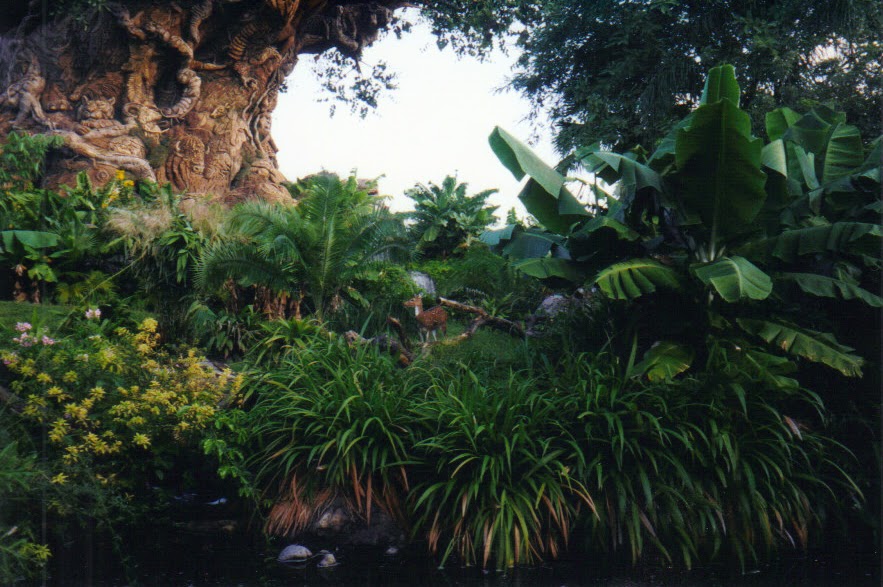 It doesn't have to be huge. Sure, I would be for a Bambi dark ride at Rafiki's but that ain't happening. Still, there are many things that could be done. There used to be axis deer in the Tree of Life Gardens. They are a small asian deer species that never lose their spots. They all look like young Bambi. Bring them back. Or better yet, at the Affection Section, bring in deer. Many zoos have deer feeding, why not here. And you could easily add rabbits to the area (skunks would be a bit more problematic). Bring back Thumper and Miss Bunny for character meet and greets, with Flower. But there absolutely should be something even if its just some form of homage at the Planet Watch itself.

The films before it: Snow White, Pinocchio, Fantasia, and Dumbo are all well represented. Even the features that followed it, Cinderella, Peter Pan and Alice in Wonderland are, as well. But there is virtually nothing about Bambi in any park, that should change.