Price Increases around the World: As we reported on twitter on Monday, there have been some price increases on the food at counter services. For example, the price of the amazing jalapeno cheese pretzel went from $4.49 to $4.99. A piece of fruit, like a single apple or banana, is now $1.89, which is up from $1.49. Soda also went up twenty cents.

Lion King continues to progress: Our friends over at Orlando Park News posted a photographic walk through of the Animal Kingdom which shows some great pictures of the construction site and how far along its coming. Go check it out. The theater looks like an old dilapidated fort. It fits right into the old Harambe feel, and looks a lot like the area behind Tamu Tamu.  It also shows a more work along the river front including what looks like more old fortifications. And as the theater is coming along splendidly, we are hearing some interesting news. First of all, I am hearing that the show will have new elements including NEW floats. And, under the category of "About Time," there will be show specific merchandise including a kids' mug at Tamu Tamu. We will keep you posted with all of that information. 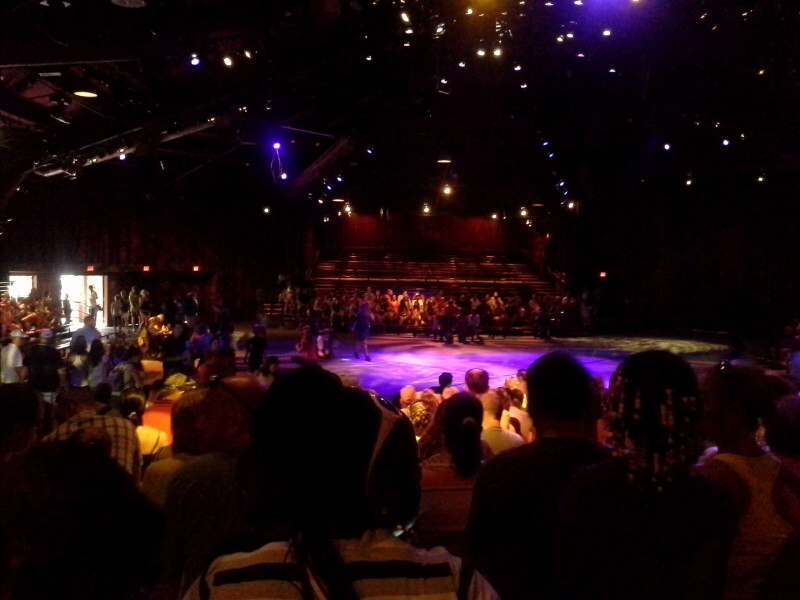 Dinoland Dance Party Extended: It seems perhaps the Dinoland Dance Party that has been going on since Camp Minnie Mickey closed in early January is becoming popular. Up until now the party was being performed daily at 12:30 pm and 1:30 pm. It appears on select (i.e. busy) nights a 3rd show at 5:30 pm will be added. It remains to be seen if this a permanent addition but this is certainly a good sign.

Parks Hours for this week are....