The Fun in Queues: It's Tough to Be a Bug

Queues bring an added element to almost every Disney ride. In many ways, its what separates Disney parks  from your average theme park. Instead of plain old boring lines, Disney busts out storytelling and theming. Some lines tell part of the story, others incorporate the theme, and others do both. For the attraction It's Tough to be a Bug, its all about the pun. 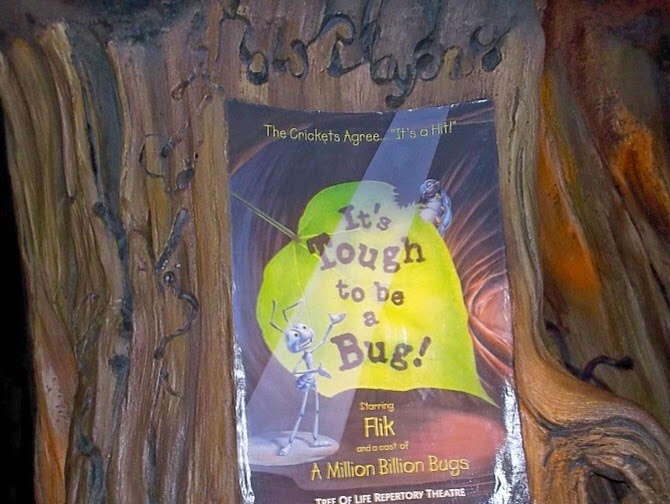 Its starts, the queue that is, by getting you up close to the Tree of Life itself. You see animals that are virtually or actually impossible to see from elsewhere. One such animal is David Greybeard, the chimpanzee. As the story goes, Jane Goodall herself asked for a chimp on the tree, and the imagineers delivered with the only sculpture that was based on an actual animal. Someday, perhaps, I will tell more of that story but for now I leave you this picture of the beautiful chimp who millions of people read about. 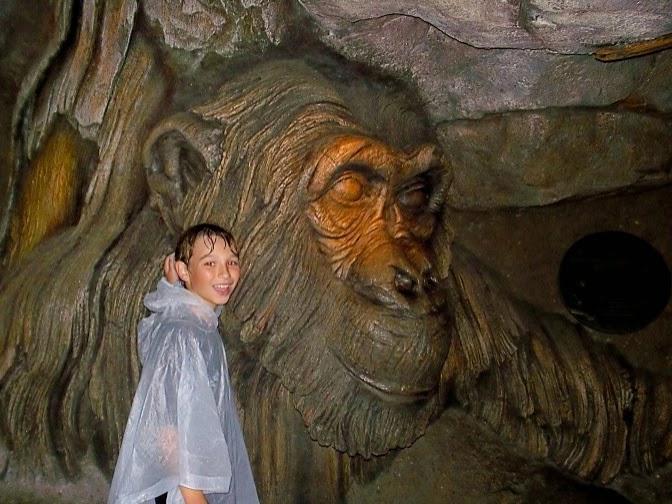 Inside the theater is a waiting room. It really feels like you are under the Tree in the roots. Where, of course, you would find bugs aplenty. Its also here where imagineers' senses of humor took over in a flood of puns. 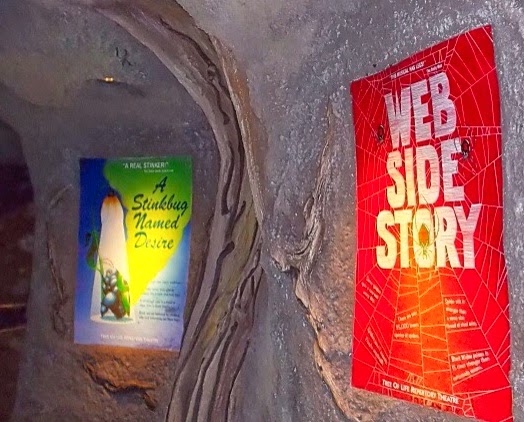 Here are some of my favorites. You often don't spend too much time in here but its a perfect amount to walk around and read the posters. All plug in bug terminology for famous movies. So, Enjoy 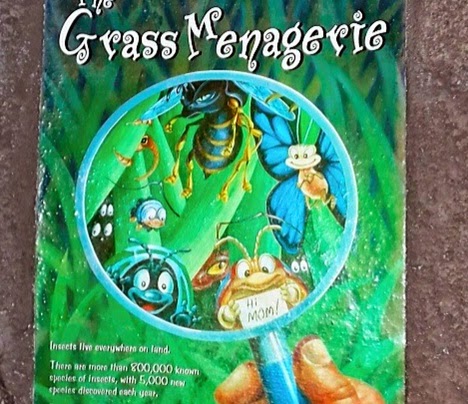 Yes, its puns galore. Movie titles like "The Grass Menagerie" and "Web Side Story" fill the theater. Now, don't forget, when this attraction opened, it would be 7 months before the movie, A Bug's Life, would open in theaters nationwide, which makes this attraction somewhat unique. So Disney didn't want to give away any spoilers, not could they be entirely sure what the movie would encompass as this was being developed. So the queue also couldn't really involve the plot of the movie. 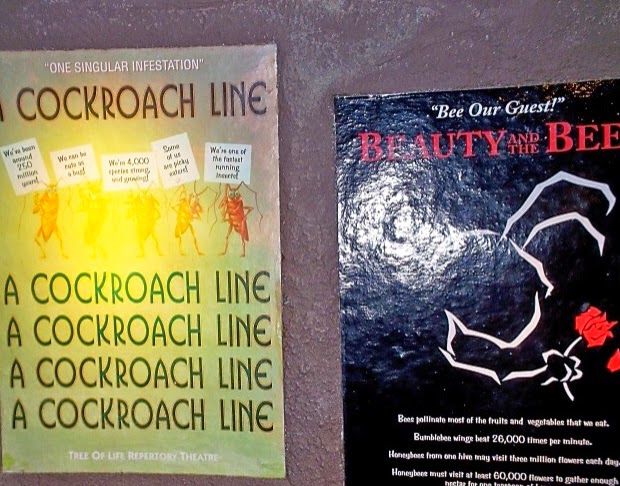 Also, notice the reference to the Tree of Life Repertory Theatre. A repertory theatre is one wherein a group of actors play stock shows usually in a rotation. So these are the shows you will get at this theater one supposes.

Email ThisBlogThis!Share to TwitterShare to FacebookShare to Pinterest
Labels: discovery island, it's tough to be a bug, tree of life