A Possible Unintended Benefit of My Magic Whatever

I have done so much complaining about MyMagic+, or more specifically the My Disney Experience app, that it seems a few people feel I have some sort of vendetta against it. Nothing could be further from the truth. But when someone spends the kind of money guests at Walt Disney World now spend, we can at least expect the Mouse to deliver on its promises. 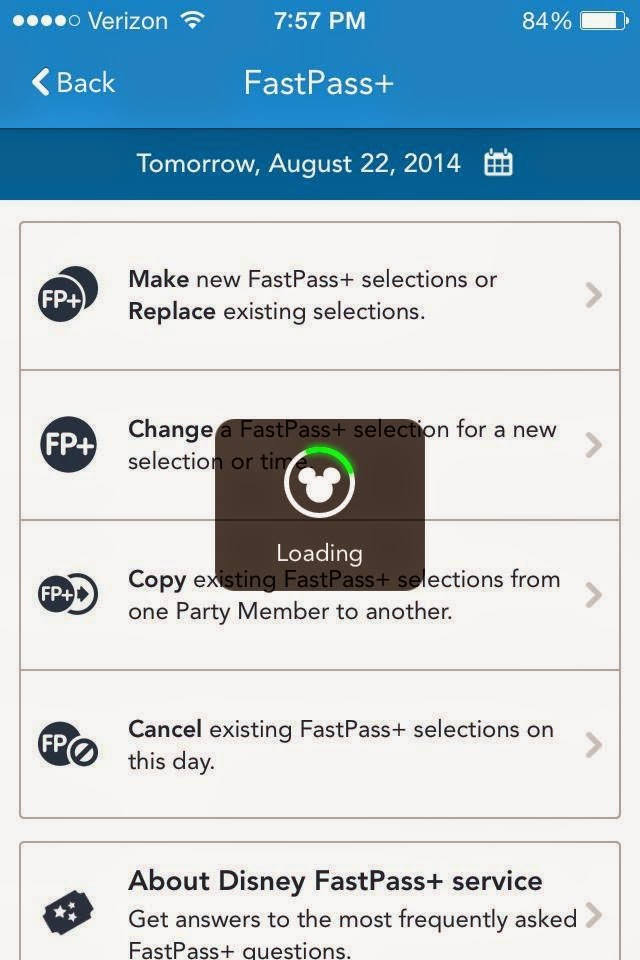 In the fall of 2013 I visited WDW and took part in the MyMagic+ test run, only to find it to be unreliable and frustrating. It was so bad that I begged out of the test and went back to room keys and paper FastPasses. The Magic Bands were hit and miss, FastPass+ was spotty at best, and the My Disney Experience app was an unmitigated disaster. But we were still in the “testing” phase, so despite my frustrations I still felt it was understandable to some degree. However, almost a year later, it is just as much a burden than a benefit as it has ever been.

The biggest culprit is the My Disney Experience app, which is just plain infuriating. Let me paint a picture for you. It’s late, and you and your party are back at the hotel. After a little chat over a late night drink at the resort bar, you decide you want to make a small tweak to your plans for the next day, perhaps just a simple change in time for one of your FastPass+ reservations to better fit in with everyone’s dining plans. You take out your iPhone and open the app only to sit and stare at it for ten minutes as it “loads”. In fact, the loading never ends and everyone in your party all take out their phones to try and make the same change. Occasionally, one of you will actually “get in” and be able to make the switch. But more often, all of you will either be stuck “loading” or get a message asking you to try again later. And there is simply nothing more frustrating then seeing the change you want is actually available but you can’t complete it because the app freezes again. 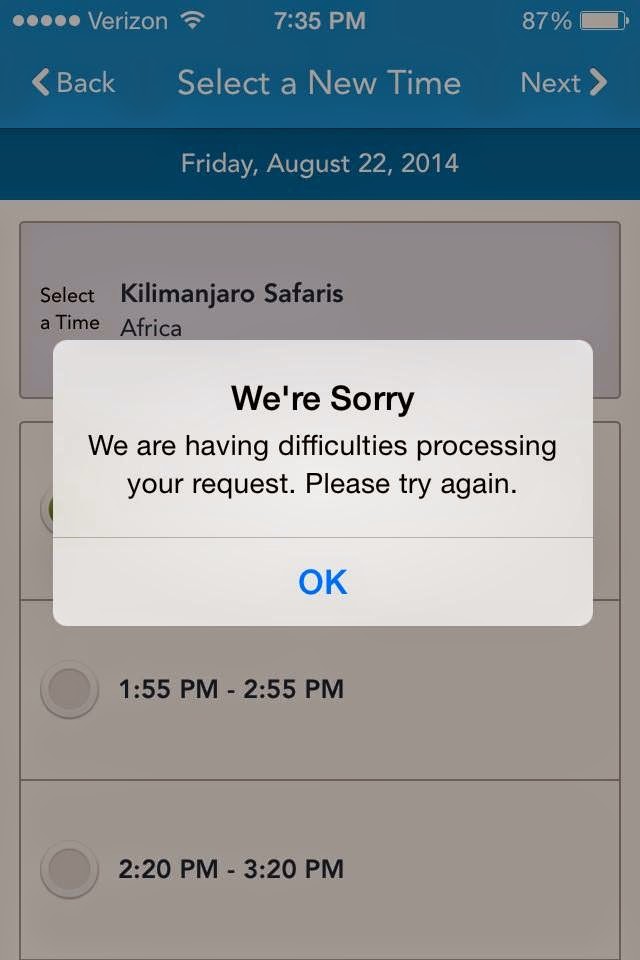 So now your only choices are to either trek down to the concierge, which we know can be a heck of a walk, or even a drive, in some Disney Resorts, or you can wait and hope to make the change the next day at the park kiosks. Let me give you this tip I learned from experience: No matter how tired you and your feet are after a long day of walking through the parks, and no matter how frustrated you get with the app, don’t wait until the morning. By the time you get to a kiosk the next day you will have lost many of the options you may have had available the night before.

I will, however, admit a few positive changes have been made over the last year. The FastPass+ kiosks do help somewhat when you are in the park and the app fails. Last year we didn’t have those and simply lost our reservations. But who wants to spend time at a kiosk, where the system can just as easily fail on the cast members there as well? It also seems they have worked out most of the kinks with the Magic Bands. This year I can only think of one band that failed, when last year it was a regular occurrence. I imagine the old cards would fail at a similar rate.

It has also, in a strange way, made me rethink my future touring and expenditures. With the inability to use FastPass+ in multiple parks on the same day, I am now starting to reexamine the idea of paying for Park Hopping on my tickets, something I always did without even considering the alternative. But now, touring my “second park” of the day seems almost a waste of time. I can’t do any e-tickets, so I am forced to do the less popular attractions, so why change parks and spend the extra $60 plus per ticket? Drop that from the ticket, and a family of four can save over $240, and that’s a plane ticket in most cases! I can just fully experiencing that one park and either leave early for dinner at the resort or, in the case of Epcot or the Magic Kingdom, come back later at night for the less popular attractions and fireworks. I’m sure Disney wasn’t thinking of this as a consequence!  This might be a great way to save a ton of money. So maybe I like My Magic Whatever now…
Posted by JamboEveryone at 2:02 PM