Anandapur is the fictional village that forms the setting of much of the Asia area of the Animal Kingdom. But what many guests don't realize is that the streets of the village itself comprise most of the queue of the Kali River Rapids, the main attraction of the Anandapur section of the park. 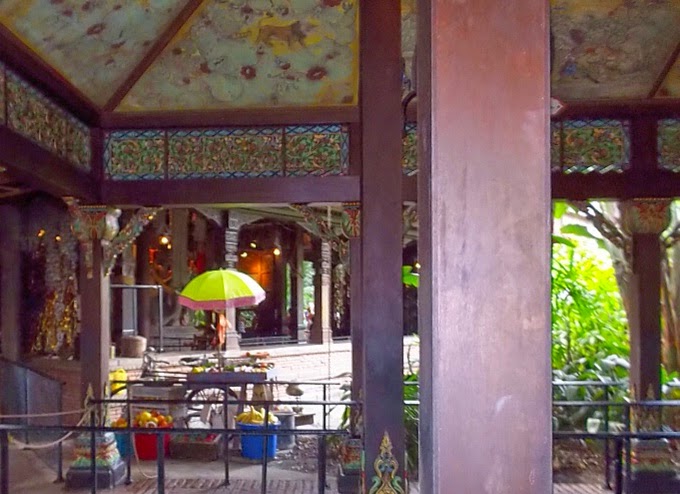 Within the village is the Painted Pavilion. This the cultural center of the village. Here, musicians, poets and storytellers will come to entertain their neighbors. Its not far from the famous Mr. Panika's Shop. 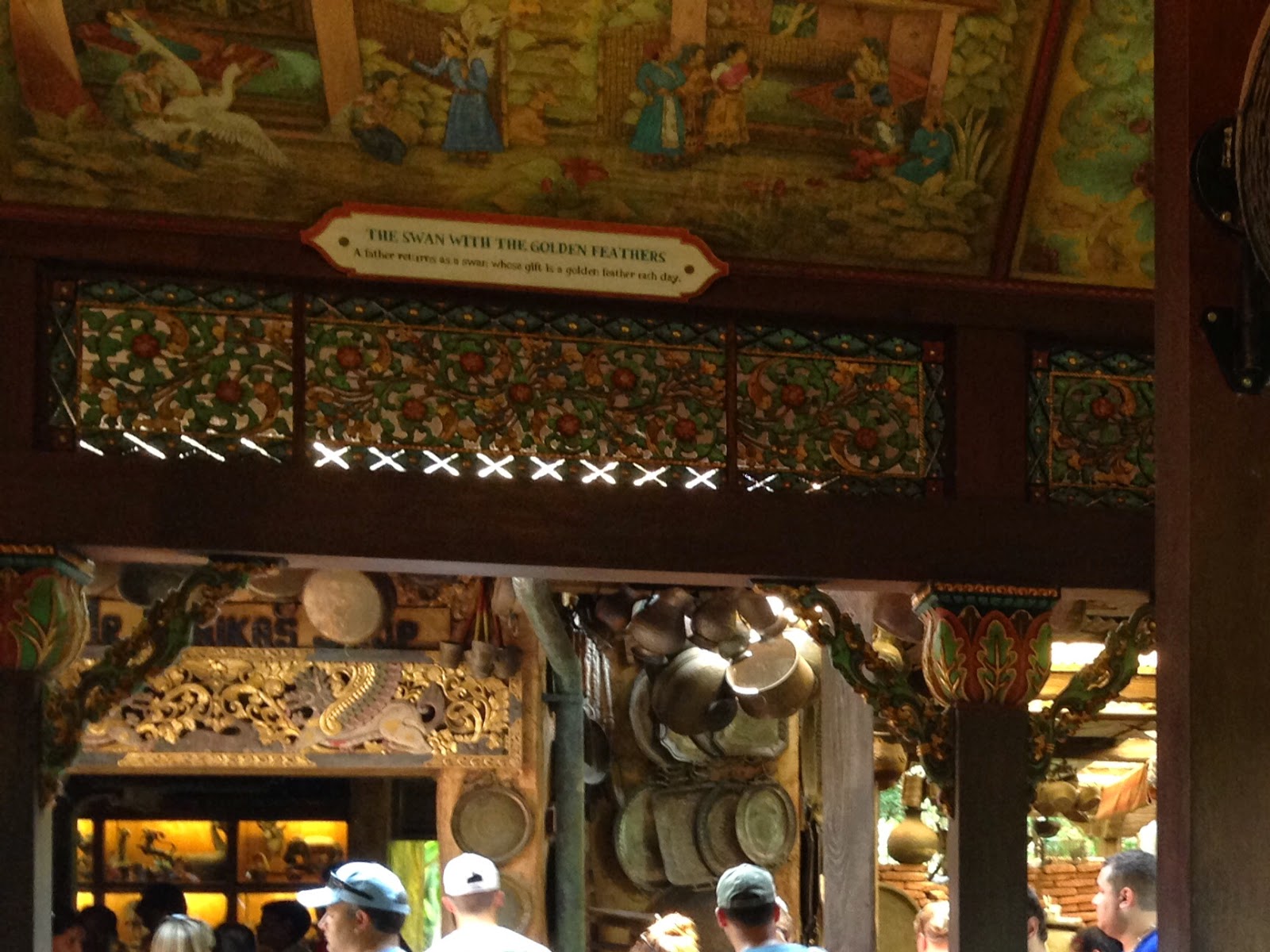 From the outside, it doesn't seem much, but when you enter look up. The walls and ceilings are all painted in beautiful murals. The detail is amazing with each individual mural telling a tale. 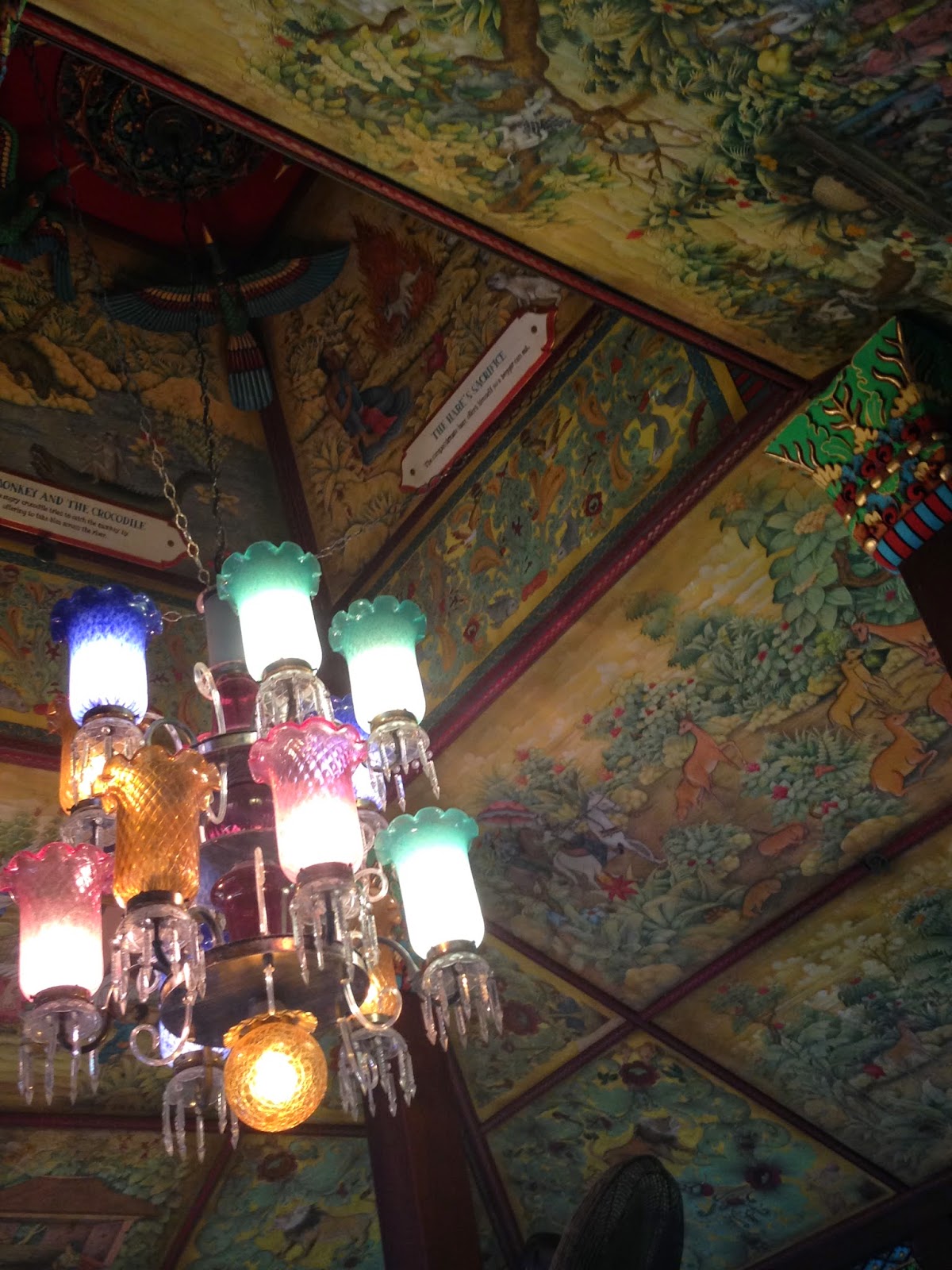 In this case, it is the Jataka Tales, which is a collection of Indian fables. There are seven tales depicted here: "The Hare's Sacrifice," "The Tortoise and the Geese," "The Monkey King," "The Jackal and the Iguana," "The Fearless Lion and the Brave Elephant," "The Swan with the Golden Feathers," and "The Banyan Deer." 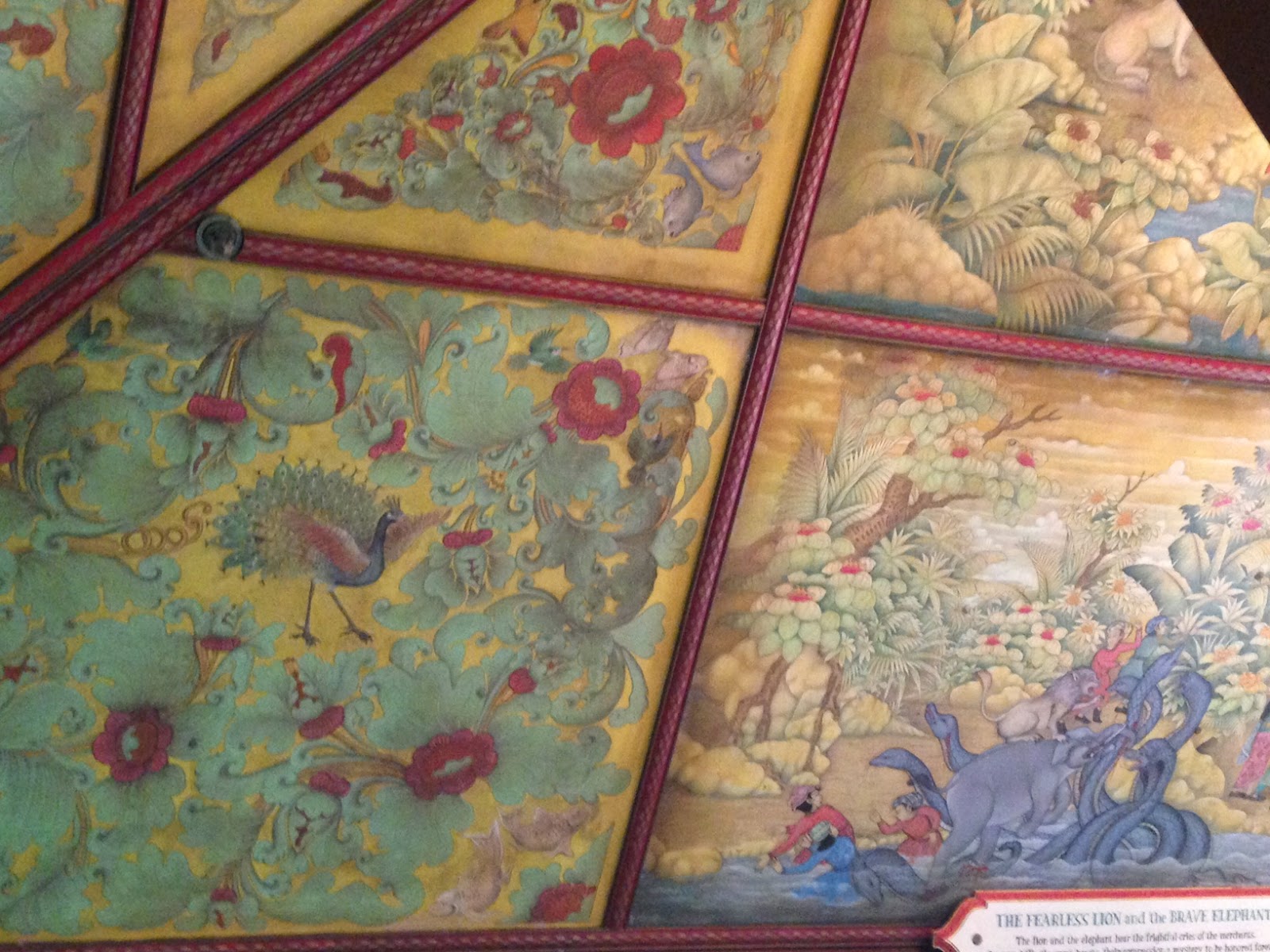 Each tale involves a conservation theme. For example, "The Fearless Lion and the Brave Elephant" tells a tale of the title characters coming to the defense of merchants, who then vow to pay tribute to the animals forever. "The Banyan Deer" is a story of a deer who sacrifices his life to teach a king the value of life. The artists, in keeping with the spirit of Anandapur, wanted to pay tribute to the natural when selecting the stories they used.