We had previously shown you another head crest at Kidani Village from the Boki people of Nigeria. This tribe lives in the area around the Cross River which has dense rain forests. The area is mostly untouched by civilization with much of the jungle not accessible by car. 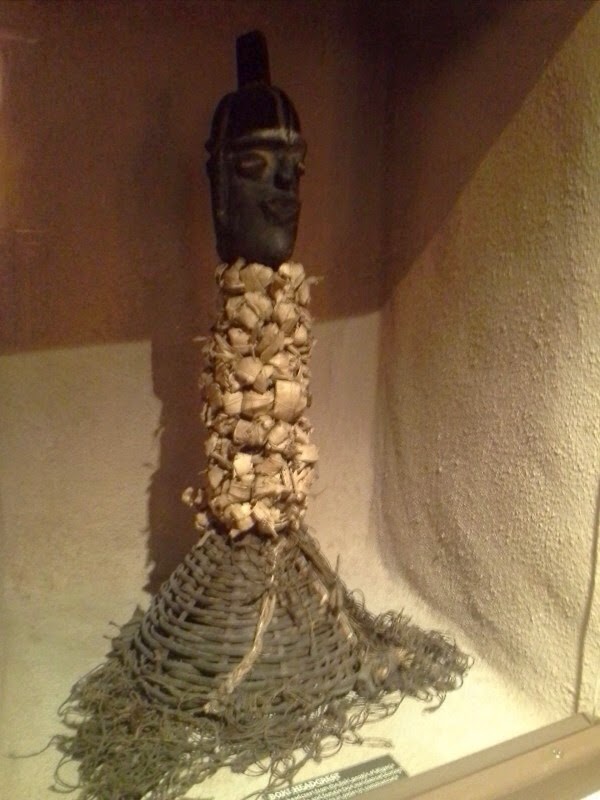 These masks are common in ceremonies. The one shown here was used during funerals in order to communicate with the spirit world. It has both a male and female face, which was also common in the Boki design. Another typical design is the protruding eyes and mouth. This mask also has facial scarification which the Boki used.