Arguably the big cats (Lion, Leopard, Cheetah) are one of the most popular sightings for people that go on safari, even the Kilimanjaro Safari, and I will admit because you don't see them as often it is nice when you do. But if I'm perfectly honest I do not get excited about lion sightings. For one thing they are usually very crowded, also quite often the lion is off in the distance and all you will see is a tail or an ear twitching, and finally as lions sleep most of the time that is how you will see them...


Leopards on the other had are a different story. Yes, you will also often find them napping, but they sleep draped in a tree, much cooler! But even then that is a much rarer sighting as leopards are much more active. Often you will see no more than a fleeting glimpse, and by the time you have your camera ready they are already disappearing back into the bush.


For me the most elusive of the big cats up till now has been the cheetah, besides there being only just over 100 in the park they are also more specialised in the habitat that they like. I have seen them only twice up till now but both times the sightings were wonderful. 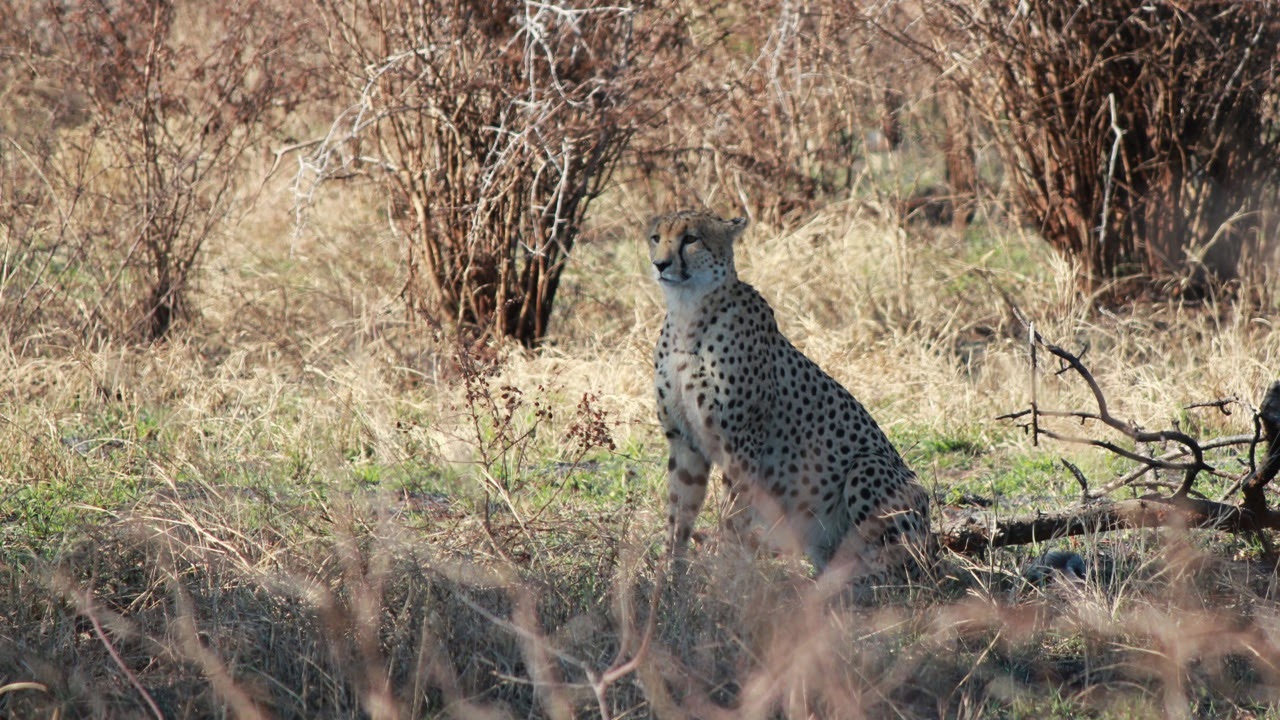 Besides the big cats there are also smaller cats and members of the cat family to be found in South Africa, but more on them in another post

by Aruna Mohan
Posted by Safari Mike at 9:31 AM