Take a look at a satellite view of the Animal Kingdom. You will see a large swath of empty land behind the Maharajah Jungle Trek but before you get to Rafiki's Planet Watch. Now take a look at this early concept art of the park in that area. 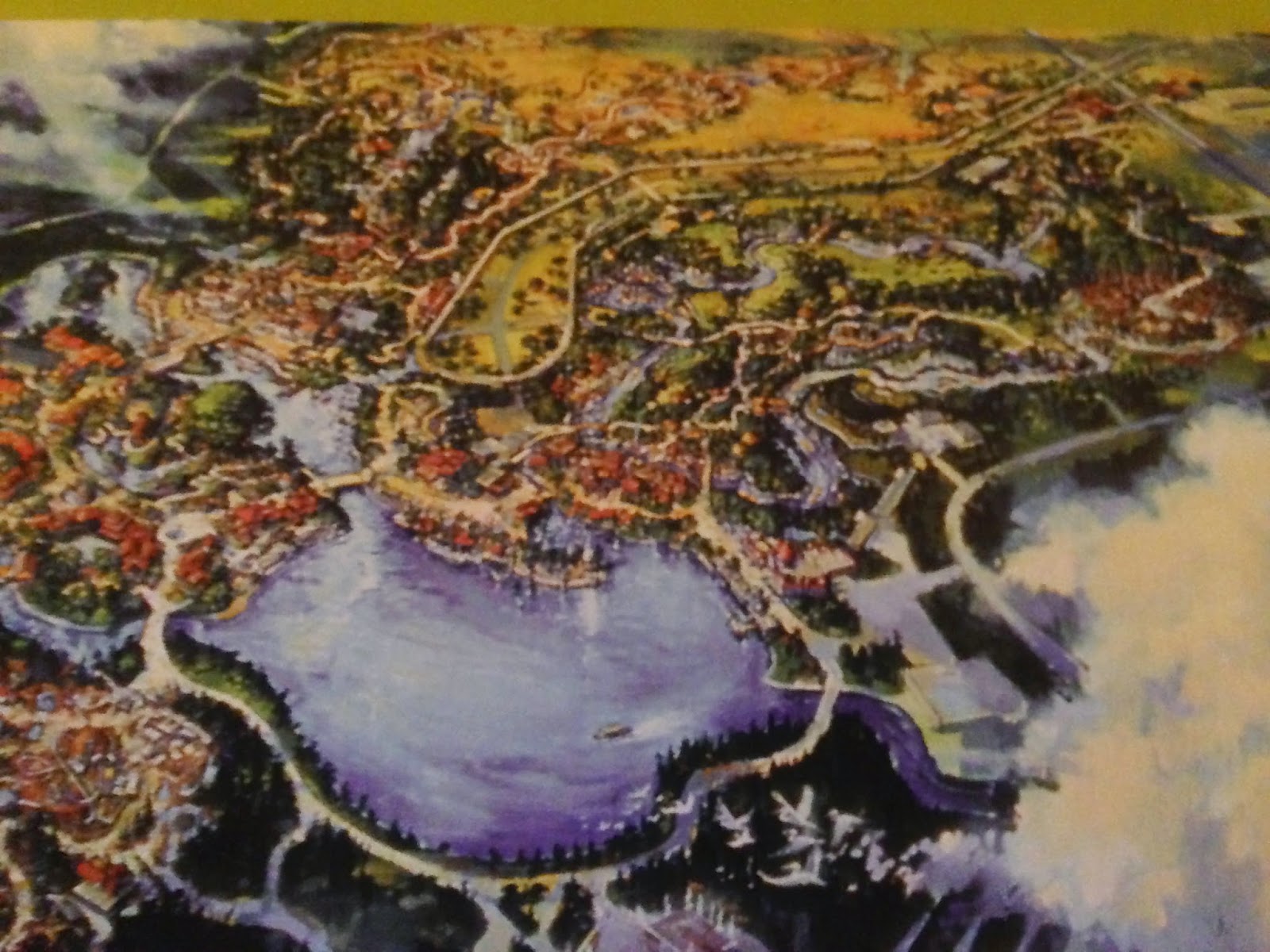 You can clearly see Kilimanjaro Safari taking up a huge portion of the park, but what is the long river ride just next to it? That was the going to be the Asian equivalent to Kilimanjaro Safari - a water safari through that continent's landscapes. This attraction would have included a thrilling white water section at the end, as well. And it was to be called the Tiger River Run. 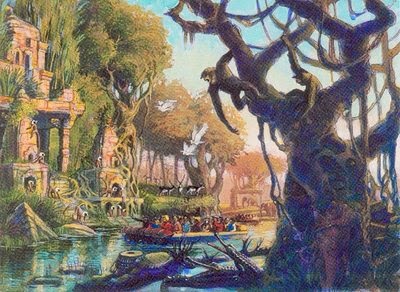 As you can see large boats would float by various exhibits of animals. The drawing above shows gibbons, elephants, blackbuck antelope, and monkeys occupying an ancient ruin setting. The original plan would have numerous other critters too, such as Indian rhinos, tapirs, and of course, the name sake tigers. Considering how detailed the Maharajah Jungle Trek is, you can bet this would be an amazing attraction in terms of detail. Also, there was going to be a lot of space, as it would have nearly matched the safari in scope and territory. So, it likely would have been a heck of a long boat ride. 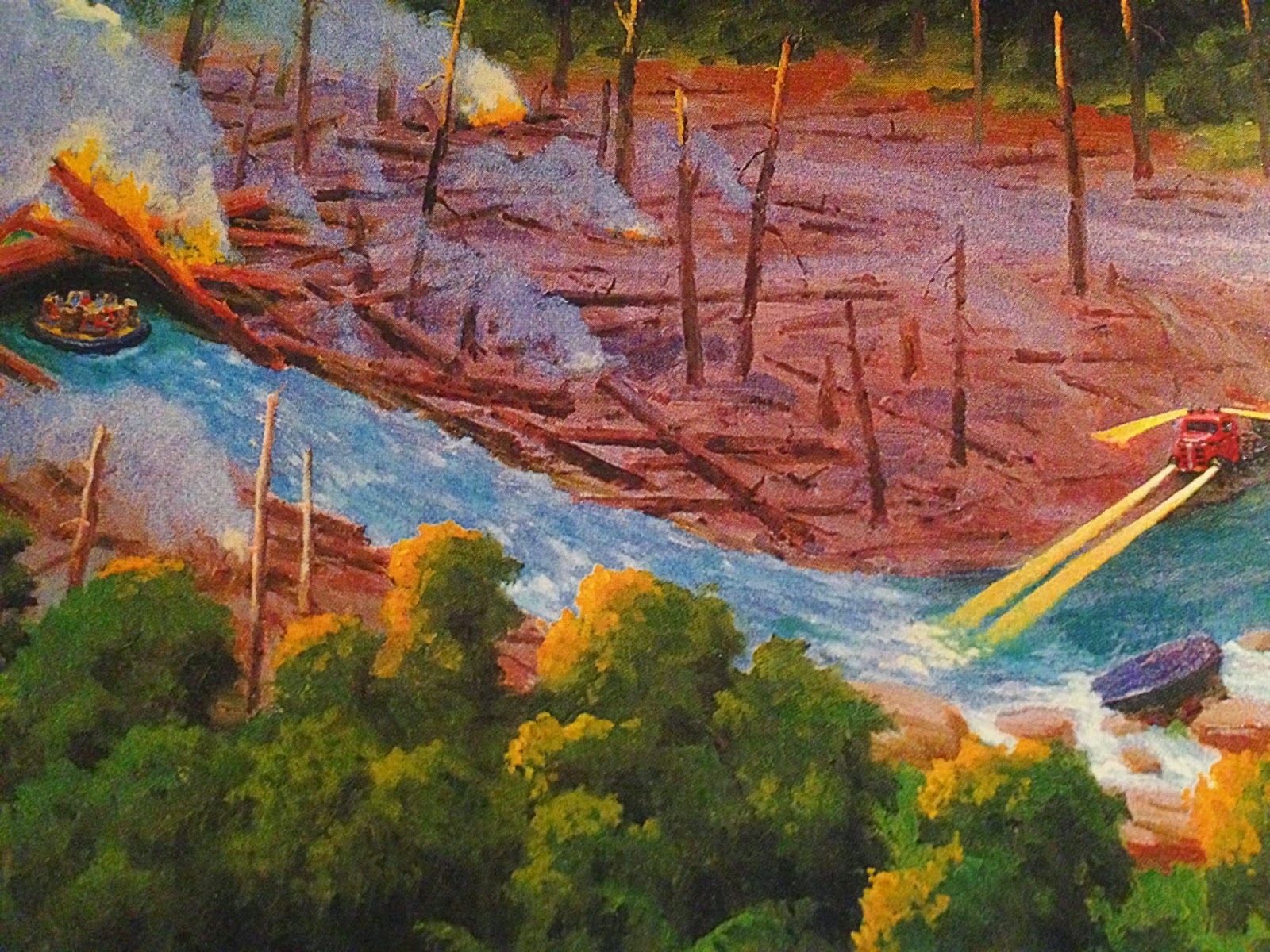 The thrill at the end would have stayed the same as it is today. As would the theme of rain forest destruction. Over in Africa, Kilimanjaro Safaris (up until recently) told the story Little Red and Big Red and tried to convey the problem of poaching. Here, the idea was to tell the tale of deforestation and how that impacts the habitat of the area. This story, of course, became the focus of the Kali River Rapids. So essentially what we got was the last portion of the planned attraction. 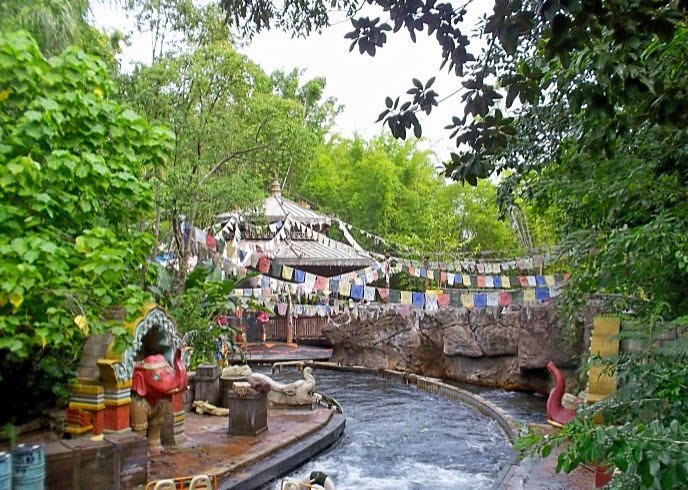 Ultimately, it was decided that having animal exhibits on this boat journey was a bad idea. First of all, a continuous stream of boats would have been stressful for the animals, some of whom are highly endangered - so breeding was an important factor. Also, there would be no stopping, so guests would only get a brief look at the animals along the riverbank, which since you are not elevated (like say in a safari truck) would not be an ideal vantage point. And some animals, such as the tiger, like the water and well, you wouldn't want one of those in the river heading your way. So Disney decided to put the animals they wanted to showcase on a walking trail instead. 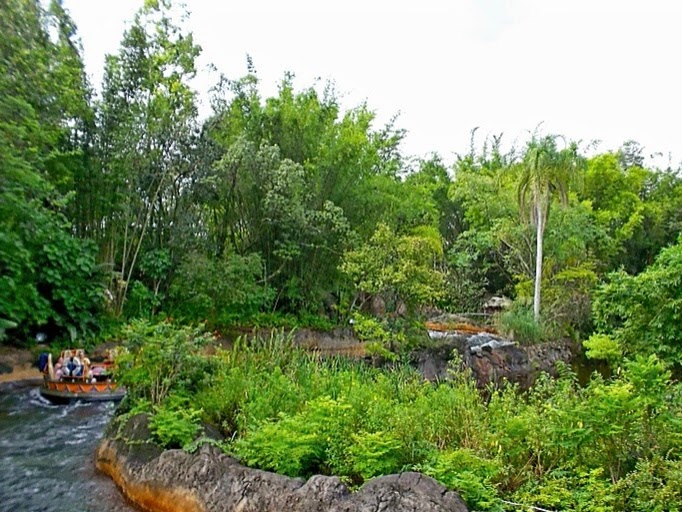 But even after it was decided that the attraction would not feature animals, it was still called Tiger River Run. That was the name up until shortly before the attraction opened, which was a few months after the Jungle Trek came on board in early 1999. It was determined that since there wouldn't be tigers on the trip, it might be disappointing to visitors if the animal was in the name but on the ride. So, instead, Disney changed the name to Kali River Rapids, paying homage to the Hindu deity of the destructive force of nature.