With so much construction going on at Disney’s Animal Kingdom, it looks like it is time for another “construction update”. I have a feeling this may very well be a reoccurring column here for the foreseeable future.

We told you last week about work soon to take place on the Flame Tree Barbecue. The counter-service location is scheduled to close from early January until April of 2015. At first, we assumed this was simply going to be the addition of more covered areas, as much of the existing tables and walkways are exposed to the elements. Well, this week it seems we may need to revise that assumption somewhat. Yesterday, Disney filed paperwork with Orange County to begin work on a project called “Safari Cantina”, which will be part of the Flame Tree. 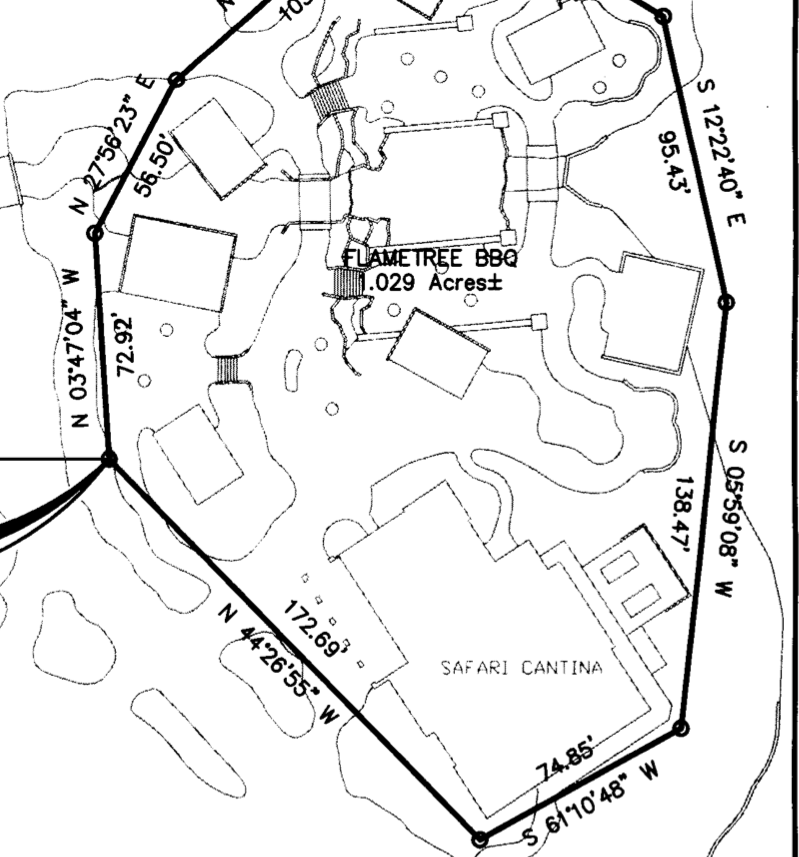 So what is the “Safari Cantina”? If I were to wager a guess I would say it was some kind of bar, probably something with an open-air layout much like the Dawa Bar in Harambe. We know for certain the area just in front of the Tree of Life will eventually be home to some sort of nighttime entertainment, so what would be better than someplace close by to grab a drink? (For whatever it’s worth, the name “Safari Cantina” is also used as a cast member eatery at the Animal Kingdom Lodge.)

We also have a little update on the Water Tower which is part of the new Harambe Market. OrlandoParkNews.com has some great photos over the construction walls giving us our first look at the beautiful detailing being applied to the tower. It looks as though we are getting something very different from what we saw on the concept art, but in a good way. Also, we can see just how close the market is to the Wildlife Express train. As I have said before, I really do hope the train becomes part of the aesthetic of the market. Such a beautiful train can really add to the theme of Harambe and is currently largely missed by guests.