Yet More New Aerial Photos of Harambe Construction:  We are still waiting to find out exactly what is going into the new Harambe area, as it is now obviously much more than just a pathway. This week we have a new aerial photo from Scott Keating, who has been a terrific source for these projects. 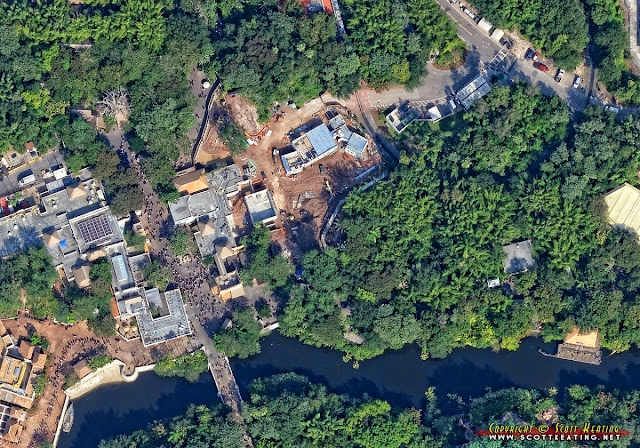 We see three possible structures here. There is a small building going directly behind the Mombasa Marketplace, as well as a much larger and multi-sectional building across from it. It also appear there is a clearing in the top left corner by the entrance to the Wildlife Express train station. This could be a place for a new building or possibly an animal habitat. With the continued silence from Disney, we can only speculate.

Affection Section Reopening Delayed: The Affection Section area at Rafiki’s Planet Watch was scheduled to be reopened by now, but according to OrlandoParkNews.com it has been delayed until later in the week. It looks like they are going to need a couple of extra days to complete the work.

Have A Wild Time this week!!
Posted by JamboEveryone at 1:33 PM